What is a flag bet?

·       Made up from 4 selections, the 'Flag' bet consists of 23 individual bets, and requires the bettor to find just one winner in order to gain a return from this bet type. Within this bet it combines the maximum variation of doubles, trebles and a four-fold accumulator, with single-stakes-about bets.

A flag bet is a kind of combination bet that bundles together a number of different types of bet into one. It consists of 23 bets, which are made from a total of four selections and it can be a good option for bettors who know the sport and the field they are betting on in thorough detail.

Anyone who is new to betting or feels inexperienced should consider the flag bet very carefully before placing one. There are a number of different permutations that can play out in a flag bet, and while the large number of different bets that are being placed mean that a return of some kind is likely, there is still a chance of losing money.

Additionally, it’s important to note that the selections that make up a flag bet must come in different events. For example, if the flag bet were being placed on a horse racing meeting, the selections would have to come from four different races: for example, Runner 1 from Race 1, Runner 3 from Race 2, Runner 7 from Race 3 and Runner 5 from Race 4.

It is important for bettors to clearly understand the exact details of a flag bet before placing one. To do that, bettors should get to grips with the constituent parts of the flag bet. These are: six double bets, four treble bets, one accumulator made up of four selections and six pairs of single stakes about bets.

A double bet is the term used to describe a situation in which two participants are chosen in two events and bet upon. For example, a double bet could be placed on two Premier League football matches. These might be Manchester City beating Watford and Newcastle United beating Brighton and Hove Albion. If both of these things happen, then the bet is won and the bettor makes a return. If this does not happen and one of the selections does not win, the bet is lost and the bettor makes no return.

A treble bet is the term used to describe a situation in which three selections are chosen from three events. For example, using the same weekend of football, the selections might be: Manchester United to beat West Ham United, Liverpool to beat Chelsea and Huddersfield Town to beat Leicester City. If all of these things happen, then the bet is won and the bettor makes a return. If this does not happen and just one of the selections does not win, the bet is lost and the bettor makes no return. 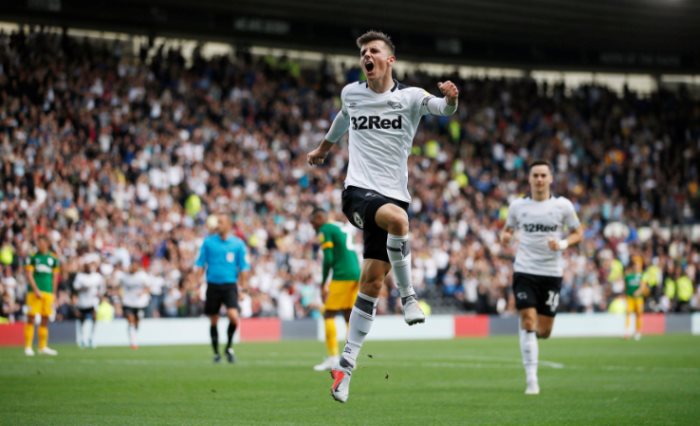 A single stakes about pairs bet makes things a little more complicated. This bet is also known as an Up-and-Down, a Cross Bet, a Twist or a Vice Versa – all description of how the bet works. Essentially though, it's a two-part bet that contains two selections, with the stake going on each selection depending on the success of the other one.

The difference with the stakes-about-pairs bet is that returned stakes on winning selections are then effectively re-wagered on the other selection. So if you win on the first, you get double the stake on the second – and vice versa. The downside is that if only one selection wins, you lose your stake on both. This is because the returned stake from the first winning selection is then lost when it's re-invested on the losing second selection. However, you would still retain any profit from the first selection.

To understand how the flag bet works, it is worthwhile applying it to a real-world example. Let’s imagine that the following four selections have been made from a weekend of FA Cup action: Reading will beat Leeds United, Brentford will beat Derby County, Liverpool will beat Leyton Orient, and West Bromwich Albion will beat West Ham United.

The set up of the flag bet means that the bettor would be able to make a return even if all of the selections do not win. For example, if Brentford and Reading won, a return would be made because that eventuality is covered by the double bets that have been placed. Likewise, if Liverpool, West Bromwich Albion and Reading won, then that would also make a return because that eventuality is covered by the treble bets. The amount of return made would vary depending on which bet comes in.

Other forms of bets

A flag bet is one of the forms of combination bets. It bears certain similarities to other combination bets such as the trixie bet, the heinz bet, and the Yankee bet. It is different to a multiple bet, as while both involve multiple selections, the stake works differently. For example, when a bettor places a multiple bet, this means that just one stake is placed for the different selections. To fund each selection, the winnings from each previous selection is used in the next selection. Examples of this kind of bet include accumulators, trebles and doubles.

A number of selections are also made in a combination bet, but many different bets are made as well and so each one requires a different stake. Let’s look at an example. In a Lucky 15 bet, there are 15 different bets being made, and this means that the original stake is multiplied by 15. So, a £2 bet on a Lucky 15 actually becomes a £30 stake.

This means that it is very expensive to place bets such as the goliath bet, but with those additional bets comes a better chance of a return, even if it may not be a very high one.

Plus, don't forget to check out our bet calculator, where you can calculate your winnings.