An introduction to Snooker

Snooker is a highly entertaining game, with intrigue, tactics and a calming rhythm to the sport attracting crowds of fans to watch the world’s most talented players. Snooker betting also adds to the entertainment, for punters watching the game live or via broadcast, with a wide variety of markets available around this gentlemanly pastime.

In recent years Englishmen Mark Selby and Judd Trump have been amongst the top performers in the world and the sport has a huge following in the UK. British army officer Sir Neville Chamberlain is recognised as the founder of the game, having created the rules of snooker in 1884. Since 1927 the World Snooker Championship has been taking place and it is now synonymous with the Crucible Theatre, having been hosted there since 1977.

The sport also has a huge following in China and snooker world championship betting has become more popular than ever there too, following the rise to fame of Asian players such as Marco Fu, Liang Wenbo and Ding Junhui.

World Snooker is the sport’s governing body and its full title is the World Professional Billiards and Snooker Association (WPBSA), having been initially called the Professional Billiard Players' Association, when it was set up in 1968. The WPBSA tried to get snooker into the Tokyo 2020 Olympics, but was not successful and is rumoured to be pushing for inclusion at the 2024 Olympic Games.

The pro players in snooker participate in the World Snooker Tour. The World Championship is part of the Triple Crown of snooker, along with the Masters and the UK Championship. Additional big tournaments which present an array of snooker betting markets for punters include the China Open, China Championship, English Open, European Masters, German Masters, Indian Open, Northern Ireland Open, Scottish Open, Welsh Open, Players Championship, Tour Championship, World Grand Prix and World Open. There is plenty of snooker going on throughout the year to place well-informed wagers on.

Some of the key markets for snooker betting include outright winners at tournaments, pre-match betting as the players go head-to-head and live ‘in-play’ betting once the action has commenced.

The big sportsbooks like Paddy Power present punters with a variety of markets throughout the season, whilst you will find the biggest market depth (e.g. amount of different elements of snooker to bet on) around the game’s major televised tournaments.

You can also take a punt on the number of century breaks (a player scoring 100 points at a single visit to the table) that will feature in a match, the number of centuries or 50+ breaks either player will score, which player will score the first century break, back a player to win the first frame and win the match, back the match to go to a deciding frame or back a player to pot the first ball in the first frame. Each of these markets would be applicable to snooker World Championship betting and you will also find more liquidity (available bets) on betting exchanges during the biggest tournaments.

Other pre-match bets could include the winning points margin in the first frame and whether a player will score a maximum break (147) in the match.

Snooker betting live - or ‘in-play’ as it is referred to – often also focusses on many of the aforementioned markets. Ensure you read up beforehand from a reliable source for snooker betting tips then once the action is underway keep an eye out for fluctuating odds and aim to spot value on sportsbooks and exchanges as the match progresses.

Given the calm and relaxing nature of snooker it is a good sport to place wagers on as you get to grips with the concept of in-play betting. When a player is on form at the table or another player is having a bad patch you will see movement in the live odds.

If a player is really in form and is on for a maximum break you might want to back them ‘in-play’ to make a 147. However, 147s are still relatively rare in snooker so you might want to lay the bet on an exchange and see how much other punters are willing to risk on backing a player to complete one of the sport’s hardest feats.

Of course betting in-play is enhanced by being able to watch a live stream of the match and that functionality is often available through bookmakers such as Paddy Power and Betfair. Ensure that you have a fast internet connection and maybe use two screens, so that you can watch on one and place you bets on another. 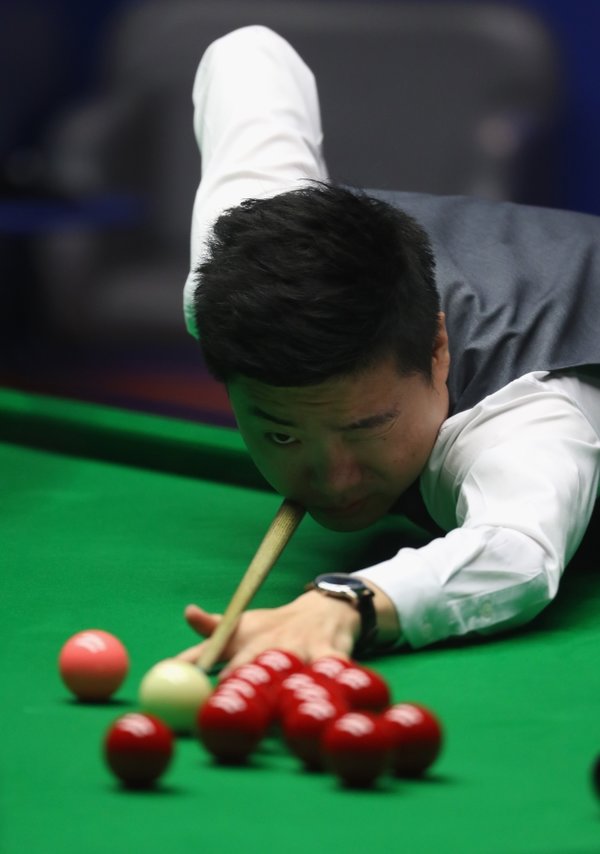 Other interesting snooker betting markets to consider during a live match include player to win the next frame, next colour ball to be potted, first player to 20 points in a frame or the winning margin in the current frame.

Handicap betting is also very common in snooker, given that the best players are often very clear favourites to win their matches and therefore simply backing them to win might not provide a strong return. If a player is a big favourite to win a match then you could back them to win with a -2.5 or -3.5 disadvantage in terms of frames and the odds will be more attractive.

Another way to make backing favourites more interesting in snooker is to place accumulator bets. So if each favourite has odds of between 1.20 and 1.50 (1/5 and 1/2) you could make four selections, placing a four bet accumulator and therefore make a decent profit if all the favourites you back come out on top in their respective matches.