An introduction to golf betting 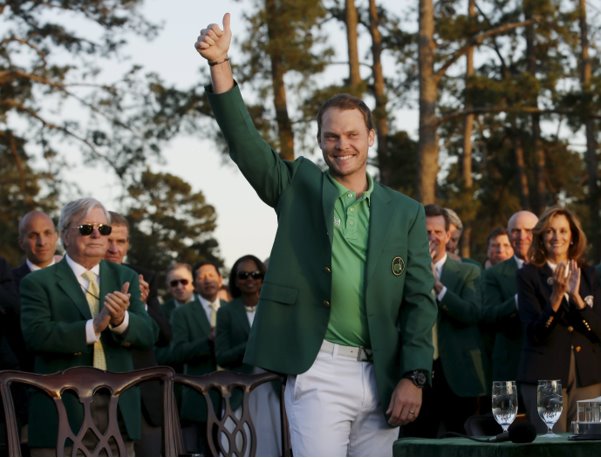 In 2016, Danny Willett became only the second Englishman to win the US Masters, at 125/1

Golf is an individual sport, which sees professionals compete in tournaments on a weekly basis, as organised by various Tours. The two main Tours are the PGA Tour, which is primarily based in the US, and the European Tour, which hosts tournaments all over the world. Each Tour culminates in a closing stretch of tournaments, limited to the most successful players over the course of the year – the Fed Ex Cup on the PGA Tour, and the Race to Dubai on the European Tour.

The best players from both tours also compete in four Majors: the Masters, the US Open, the Open and the PGA Championship.

The majority of tournaments are individual ‘strokeplay’ events, where the player who completes the tournament in the lowest number of shots will win. Occasionally though, the format changes to matchplay, as is the case in the World Golf Championship. In a knockout tournament like this, each round sees two golfers go head-to-head, with the match-winner progressing to the next round. As a third variation, there are also some team events, like the Ryder Cup and the Presidents Cup, which take place every second year.

Whatever the tournament format, though, you’ll be able to stake money on the outcome with bookmakers like Paddy Power and Betfair. Read on to hear more about the various types of golf tournament, the markets you can bet on, and how to go about picking a winner.

Strokeplay tournaments are typically played over four days at the same golf course, and often feature over 100 players in competition. This number is usually reduced after the two-day stage, where the low-performing proportion of the field is dropped out, having failed to ‘make the cut’.

The most popular bet in golf is the outright winner market – picking the tournament’s overall winning player. Due to the number of competitors in the field, the favourites are usually around the 10/1 mark, with outsiders commonly available at odds of 250/1 or bigger. And if you are looking to back an outsider, you’ll often find their odds are even bigger on the Betfair Exchange. More often than not, the favourites will be familiar names, who sit towards the top of the World Golf Ranking – the likes of Dustin Johnson, Jordan Spieth, Rory McIlroy and Justin Rose.

With the number of players in a tournament, picking the outright winner can be very tough – as the odds suggest – and even for experienced golf bettors, successful bets on outright winners can be few and far-between. Each-way betting can be a much more lucrative alternative, as it can reward smart punters who are selecting golfers who perform well, but just come up short.

Each-way betting sees your stake evenly split between an outright win, and the player being placed. What ‘placed’ means will depend on the terms of the bookmaker you bet with, and often varies between tournaments. The majority will offer 1/4 the odds for a top-five finish, but it's well worth looking around for enhanced place terms – especially in the Majors, where six, seven, or even ten places are available for each-way terms.

Unsurprisingly, being from a country as keen on golf as Ireland is, Paddy Power are well known for golf betting offers like these, and are always worth a visit before placing golf bets.

Other types of golf bet

Other popular golf markets during a tournament include First Round Leader, Player to Miss the Cut, Top 10/Top 20 Finish, and a range of ‘match bets’.

The former requires identifying the player who will lead the tournament after every player has finished their first round, and for the tournament favourites, the odds for being First Round Leader are often longer than they are for the Outright Winner market. Put simply, this is because it takes much more skill to play four good rounds in a row, than it does to play just one. After a whole tournament, players’ overall performances will have been averaged out somewhat, with the best players consistently getting better scores.

Match bets often pit two or more players against one another, with the winner of the market having shot the lowest score, and can sometimes involve players who are not playing in the same group as one another.

The Majors usually see a few more markets available, such as Top Amateur or Top Nationality. Much like the Outright Winner market, these bets are waged over the course of the tournament, and are won respectively by picking the amateur who finishes with the lowest score, and by picking the nationality of the tournament’s winning player. So if there’s a major on the way, be sure to check out Paddy Power and the Betfair Exchange to see what markets are being offered.

Betting in tournaments where the format is match play still revolves around the outright winner market; the difference is the manner in which the outright winner is decided. In match play tournaments, players are pitted against each other to decide who goes through to the next round, with consecutive knock-out rounds all the way to the final, where the winner is eventually decided. This format much increases the attractiveness of the match betting markets, as the players must shoot lower than their live opponent in order to progress, and ties are not an option.

Team events, such as the Ryder Cup and the Presidents Cup, are match play events, where two teams of 12 players compete over three days. Each day sees head-to-head matches between players from each team, with winners being awarded a point for a win, or half a point if the match is drawn.

The outright winner market in this instance pertains to the winning team, but individual markets, such as Top Points Scorer, are still available.

When trying to pick the winner of a golf tournament, the sheer number of entrants means there are perhaps dozens of variables that could affect the tournament’s outcome, outside of that player’s overall ability. But the most important ones to consider, that pertain strongly to all competitors, include recent form, course form, and suitability to conditions.

Recent form is obviously a useful guide to see if a player has been playing well, but it's worth looking beyond just the finishing positions of their last few tournaments. If you can identify a player who has been playing well, but whose performances are not reflected in their finishing positions – perhaps when playing under unfavourable conditions, outside their control – then they could reasonably be expected to do better, should they play similarly again.

Course form is how the player has performed at the course in the past. An example of exceptional course form would be Sergio Garcia's record at Valderrama, in southern Spain. Of the 14 tournaments Garcia has played there, he’s finished in the top-ten 13 times, in the top-five nine times, and has won the tournament for the last three years running. Having said that, most other players’ preference for a course isn't likely to be as obvious as Garcia's is for Valderrama!

Suitability to conditions would involve looking at factors beyond the players control, such as weather (rain, humidity, temperature, wind strength, etc). Course conditions are another consideration: how will the course play; will it play long or short; will it reward accurate driving, or favour the short game more? Players' course form may give clues to how well-suited they are to any such conditions.

Whether you prefer to wait for low-risk bets once play is well underway, or make speculative pre-tournament punts at a big price, don’t be fooled into thinking that long odds means no chance of winning. With such a range of markets and place terms available online with firms like Paddy Power and Betfair, golf betting is a game where doing your research can always pay dividends.