The rise of the Indian Premier League and T20 cricket has seen an increase in betting on cricket – both in terms of its popularity and the number of markets available.

Test cricket is losing its grip as the pinnacle of the sport as the shorter formats of the game are beginning to become more dominant across the world.

However, it still has a place in the hearts of many, especially in England and Australia due to the prestige of the Ashes. During an Ashes summer there are a plethora of betting markets available – not just on which side will take possession of the urn at the conclusion of the five-match series. You can find and bet on all markets at both Betfair and Paddy Power.

We’ll now break down the best available markets for first-time punters in a cricket match.

The result is often the easiest to predict based on form and the quality of teams playing in the match. In the Cricket World Cup, for example, England could play a minnow, which would be reflected in their very short odds to win the match. However, against Australia, the odds will be more in the balance, although predicated on the form of the two sides going into the match. Therefore, form guides are crucial before taking on a punt. Backing England in the 50-over format is a lot safer than it used to be following their rise to be number one in the world. Switching formats, the Three Lions’ generally lesser form in Test cricket means their odds against a team like Australia or India would be greater.

Location is vital to the outcome of matches. It’s more prevalent in Test cricket than the shorter formats of the game when the deterioration of the pitch becomes a vital factor in the result. Teams generally struggle on their travels in the five-day format – notably England and Australia - which has seen the Ashes change hands several times over the last few years. Conditions have a huge effect on the game. Whether the ball is swinging or spinning, it can play a major factor in determining the result. In cricket, always check format, form and conditions before venturing into a result-based bet. 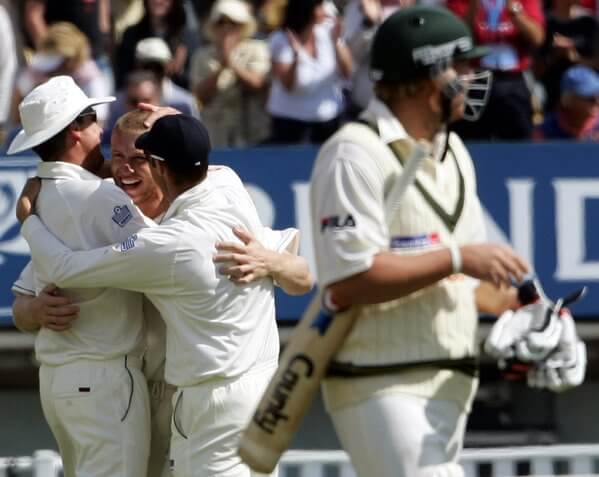 In the 2005 Ashes, a thrilling second Test at Edgbaston ended in victory by just two runs, for eventual series winners England

This market – available at Betfair and Paddy Power - is for which batsman will score the most runs in the match and will be included in all formats of the game, although you may have options for choosing an individual from both teams. However, in this example, it will be to pick the top batsman from both sides in the contest. Always check the format of the competition before venturing into the punt as different players have their preferred modes of play and may fare better in one more than another.

There are few players that are transcendental across Test, 50-over and T20 formats, although there are key examples such as Joe Root, Virat Kohli, Kane Williamson and Steve Smith. Those players will usually have the shortest odds when their teams are in action. However, it’s always worth considering where the batsman lines up in the order. In limited-overs cricket, the openers will have the full complement of 50 overs to bat.

This market is very similar to the batsman market, with the difference being that it’s about which bowler will take the most wickets in the match. Its principals are in line with the batsman market and you once again may have the option of choosing a player from each team. The discipline of bowling is extremely different across all three formats. For example, England’s James Anderson only bowls in Test matches, whereas Chris Woakes plies his trade in all three formats.

It’s an important factor to acknowledge, just as with the batsman, that different players will have a stronger record in a certain aspect of the game. Woakes has an inconsistent record in Test matches but has been a proven performer in the shorter formats. Sometimes value can be gained by insights such as those, as well as tracking form against opposition and in certain conditions.

There are certain bets that are available on match day that are worth considering, although it’s best to judge circumstances before punting. Weather and the pitch, as well as the quality of the opening bowlers, should be taken into account before taking a bet on the fall of the first wicket and the number of runs of the opening partnership at the crease. If a certain bowler is on form, his odds will always be the lowest to take the next wicket, although it’s worth monitoring whether a particular batsman struggles against one bowler.

Monitoring records and past performances is just as important in live betting. For example, Root has been poor for a long period of his career at converting his fifties into hundreds – therefore, when given odds on whether he can reach a century, this should be taken into account. The majority of cricket betting is analysing statistics and form. If you have a strong understanding of the game and are able to read trends, it could be a solid earner.