Cycling is regarded as one of the hardest professional sports for its participants and it is partly the toughness of the discipline that attracts millions of fans around the world to cheer on their favourite riders. Cycling betting includes an array of interesting markets, with plenty of opportunity to profit for knowledgeable and strategic punters.

The cycling season itself centres around the three Grand Tours, the Giro d’Italia, the Tour de France and the Vuelta a España. The Tour is by far the biggest race of the season and traditionally takes place in July, preceded by the Giro in May and the Vuelta in August and September.

The outright winner market for the overall victor in the general classification at the Tour de France is one of the biggest markets in the sport. Picking a winner well in advance of the Tour is tricky as so much depends on form, team selection and tactics, not to mention injury.

Having won the Tour in 2013, 2015, 2016 and 2017 Chris Froome was one of the big favourites going into the 2019 race, but weeks before the start he suffered career-threatening injuries during a training crash and missed the big race. Thankfully he went on to make a full recovery.

In addition to the Grand Tours, there is a packed schedule for the teams throughout the season, which runs from January to October, providing ample opportunities for pro cycling betting aficionados.

Other big stage races include the Tour Down Under in Australia in January, Tirreno-Adriatico in Italy in early spring, Paris-Nice in March, Spanish stage races such as the Volta Ciclista a Catalunya and Itzulia Basque Country, Switzerland’s Tour de Romandie and Tour de Suisse, plus the Tour de France warm-up at the Critérium du Dauphiné in June.

Like at the Grand Tours, punters can try their hand at these five-to-eight day-long races in predicting stage winners and overall GC winners, as well as markets such as team classification winners, overall points classification leader, King of the Mountains and best young rider.

There is a big interest in cycling betting at the ‘Classics’. They are held mainly in the spring and autumn with the five classic Monuments, Milan-San Remo (Italy), Tour of Flanders/Ronde van Vlaanderen (Belgium), Paris-Roubaix (France), Liège-Bastogne-Liège (Belgium) and the Giro di Lombardia (Italy), being highly prestigious titles for the winning riders to add to their Palmarès (list of career victories).

In the classic one-day races, and on individual days at the Grand Tours and stage races, keep an eye on the in-play odds as they vary once the action is underway. Consider which teams are working for their leaders or sprinters and what their goals are – e.g. getting key riders in position for a classic win or stage victory, or perhaps protecting their GC interests.

Also, consider the role of the breakaway and the effect it has on live odds. The riders who make it into the break often do so for the prestige and TV exposure it affords, but it is extremely hard for them to maintain a gap over the peloton and they are more often than not ‘reeled in by the bunch’. 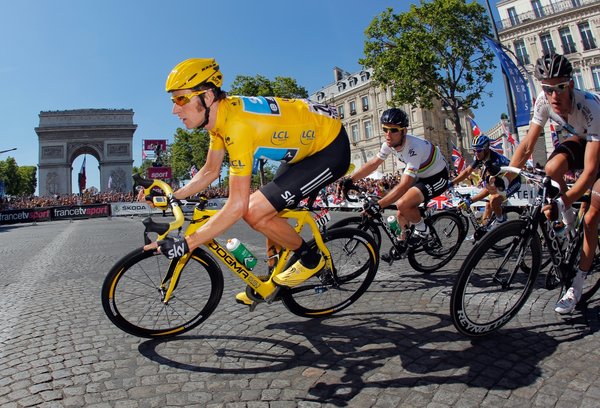 Even very strong breakaway specialists, such as Belgium’s Thomas de Gendt, have only a handful of big career wins to their names, as most of the time they are working for their teammates and the combined force of the peloton (the big group of all the main teams) is so much stronger than the drive of a few riders in the break. De Gendt himself rates his chances of winning once he has made it into a breakaway as slim as ‘one in 30’.

Whether you are betting on an exchange such as Betfair’s or a sportsbook such as Paddy Power’s, keep an eye on the live odds during stages and races and see whether the presence of a breakaway adds value to the odds for the stronger riders towards the front of the chasing peloton.

When it comes to Cycling World Championship betting punters have to be aware of the form of the riders as they approach the annual event. How the riders are managing their race schedules and the strength of each national team are key factors to consider.

Disciplines at the World Championship include the road race and time trial, for men and women, at Elite, Under-23 and Junior level. A Team Time Trial Mixed Relay - featuring three men and three women per team - was introduced into the UCI Road World Championships for the first time in 2019 with the Netherlands taking gold in Yorkshire.

Froome, Roglič and Valverde are vastly experienced GC specialists. Alaphilippe is a world class climber who thrives in the mountains. Cavendish, Viviani, Groenewegen, Ewan and Kristoff are all sprinters, looking to produce explosive stage wins on flat finishes. Sagan is a former World Champion and something of an all-rounder, capable of sprinting to stage wins or going solo for Classics victories.

Then there are TT (Time Trial) specialists such as Tony Martin, Tom Dumoulin and Rohan Dennis who can win individual TTs at the Grand Tours or drive their teammates to high profile Team TT wins.

Keep these characteristics in mind as you create your cycling betting strategy. You should also factor in the relative strengths and track records of the riders’ teams when making selections.

Team INEOS have dominated the Grand Tours in recent years, whilst Mitchelton-Scott and Team Jumbo-Visma have also achieved GT wins. Team Quick-Step are strong all round and have racked up scores of Classics victories over recent seasons. The likes of BORA – hansgrohe, Lotto Soudal and UAE-Team Emirates have big power in their ranks when it comes to sprint finishes.

In the last few seasons, a group of young talented riders have sent shockwaves through the peloton with a series of fine performances. Many described Mathieu van der Poel’s 2019 Amstel Gold Race win as one of the greatest performances they had ever seen. Not bad for a 24-year-old who was still not riding with a WorldTour team at the time.

Other young riders such as 2019 Tour de France winner Egan Bernal and his Colombian compatriot and Team INEOS colleague Iván Ramiro Sosa have bright futures ahead of them. Wise pro cycling betting experts will already be aware of the prodigious talents of the likes of Remco Evenepoel and Tadej Pogačar and will know when to back them for stage wins and race victories in the years ahead.