Formula 1 is the highest level of four-wheel motor racing in the world and is widely regarded as one of the most dangerous yet thrilling spectator sports. Its rich history, far-reaching international appeal, highly strategic racing and the superstar drivers on the grid all combine to make it a sport that attracts a truly global fan base. Formula 1 betting is an industry within itself that provides fans with another avenue of immersion in this most adrenaline-based of pursuits.

The F1 season is comprised of 22 Grands Prix (as of 2020), with a GP weekend featuring three free practice sessions, in which teams and drivers refine the set-up of their car and target specific objectives in preparation for the qualifying session. Qualifying determines the starting order for the race based on fastest lap times, and the riders line up on the starting grid in this predetermined order for the race. The race distance in most cases is just over 300 kilometres, and races last for up to two hours.

The season offers fans a great number of different Formula 1 betting options. Before the action even starts, the Drivers’ Championship market will see a lot of activity as fans try and get in as early as possible with their bets to get the best odds possible. With five titles in the past six seasons, Lewis Hamilton is usually highly favoured, while younger talents who have shown huge promise such as Charles Leclerc and Max Verstappen, and 2019 runner-up Valtteri Bottas, will be available at longer odds.

The Constructor Championship is also a popular betting market, as the car manufacturers compete to show their technological superiority over their rivals. F1 technical regulations play a massive role in this area, with the rules often being best interpreted and reacted to by one constructor who will then dominate the championship for a spell. Hamilton’s Mercedes team had won six consecutive titles by the end of 2019, and before that Red Bull Racing won four straight titles. Ferrari’s resurgence in the latter half of the 2019 season indicated a closer battle ahead, so there could be value in this market as opposed to previous years.

Another intriguing Formula 1 betting market to consider, and one which can offer a variety of options throughout the driver line-up, is driver vs driver match betting. In these bets, you can back a driver to finish higher than his team-mate in the final championship standings or in a race. These bets focus on inter-team rivalries and can add an exciting element to your F1 betting strategy, as you can focus on drivers who may not receive as much attention as the bigger names, but who are as equally determined to prove a point and get results relative to their car and team abilities. 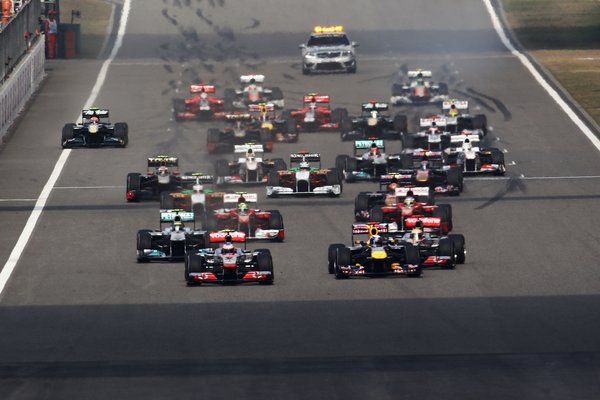 When it comes to race time and more Formula 1 betting predictions, outright race winner odds is another big, active market. A driver’s previous form at a circuit and his personal preference for specific tracks will help to set the odds, which married with an assessment of the driver’s recent results leading into the race, should help you to make an informed decision. This kind of approach should form a solid part of your Formula 1 betting strategy.

A strong showing in free practice and qualifying will greatly affect the odds, so getting your bet on as early as possible will help maximise your potential returns. As an example, Hamilton has won the Hungarian Grand Prix at the Hungaroring seven times in his career, including the past two seasons. You can also place a bet on who will secure pole position, but the odds will drop significantly after free practice sessions as it becomes clearer who has pace and form at the track. Finding the right moment to place this kind of bet will also be important in your strategy.

Top 3 finish is another bet you can take on a race, with less likely drivers at longer odds ‘each way’ to finish anywhere inside the top three. Astute study of practice and qualifying can help you to identify drivers further down the grid whose positions in the sessions may belie their potential race pace.

Pace and form throughout the weekend can also help you to weigh up whether a race fastest lap bet is worth a punt, as bookmakers offer odds on who will register the fastest single lap of the race. Grid positions can be a big indicator of which drivers are showing the strongest outright pace on a Grand Prix weekend, even if that driver or his car may not have the stamina to maintain such a pace throughout the entirety of the race.

Factors which can affect your Formula 1 betting strategy

Your F1 betting methodology needs to take into account several additional factors beyond those already discussed, as there are numerous external influences that can affect your strategy.

Keeping a close eye on technical regulations and rule changes in the off-season can greatly influence matters, while in-season weather and climate on a race-by-race basis are significant dynamics. Certain cars and drivers will perform better or worse in specific conditions, as the ability to handle wet or humid conditions and tyre wear under varying strains are just some of the obstacles to be faced.