How does Tote betting work?

What is the Tote?

The Tote is UK and Irish horse racing’s best-known example of pool betting, also called parimutuel betting, from the French for ‘mutual betting’.  Explained very simply, pool betting works by adding up all the money that’s been bet on a race or other event, and using the total to pay out to all those who made the winning selection, or chose a winning combination.

Therefore, the Tote return depends on the prize pool and the number of winners as opposed to on your stake, and whilst fixed-odds betting gives you a guaranteed shot at winning a fixed amount of money, the Tote effectively transforms your selections into a lottery ticket.

The Tote gets its name from the ‘totalisator’– an early mechanical computer of sorts, that was designed in the early 20th century and used to add up the number and value of bets on a race. The UK Tote was introduced in 1928 as a state-owned bookmaker by the then Chancellor of the Exchequer, Winston Churchill, and for many years was the UK’s sole pool betting operator, before being sold to private operators in 2011. Tote Ireland is owned by the Irish industry’s governing body, Horse Racing Ireland.

How do odds work on the Tote?

The Tote differs from regular, fixed-odds betting – like you would see with most regular bookmakers, whether they be on-course, in shops or online – in the way that it generates its odds.

Contrary to popular belief, odds in a gambling market are not necessarily indicative of the chance of an outcome winning. This is one reason odds are also known as ‘prices’ – though they are usually reflective of chance to some extent, they are not in fact true odds at all. The only thing they indicate precisely is the pay-out you will receive should your bet be successful, and merely show what it would cost you to win back a certain amount, if you win.

Odds can be manually controlled by bookmakers, who are themselves attempting to make a profit from the race, effectively wagering money for and against individual horses with their customers, but on the bookmaker’s own terms – hence the term ‘fixed-odds’. The Tote meanwhile makes its profit by taking a commission – or tax if the operator is state-owned – from the overall pot, rather than from wagering on the actual result. 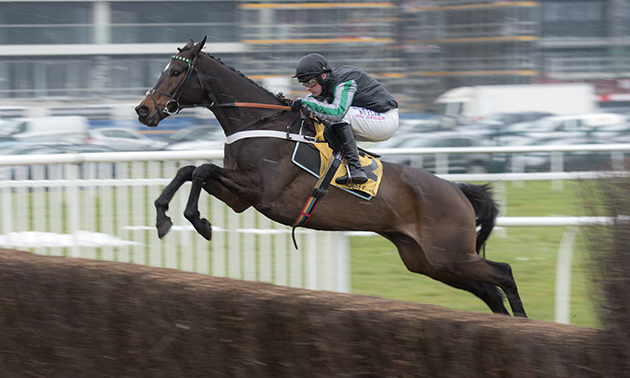 Placing a bet on the Tote

Seeing as every bet affects the overall pot, odds are constantly moving whilst the market is live – much like you would see on a betting exchange, or in financial markets. The market closes when the race goes off, and when the race is over, the pot is split between all the people who backed the winner.

Usually, because it runs alongside the general fixed-odds markets, Tote prices around the head of the market tend to be similar. But because far fewer people are backing the outsiders, generally speaking, prices for less favoured horses can often be significantly longer.

This leads us to something that could be seen as somewhat of a golden rule for Tote bettors to remember: the more unique you can make your winners or placed horses, the better the chance of an over-the-odds success you will have.

The number of places available is given at the top of the list of runners for a race. Alongside the Totewin and Toteplace pay-out figures, which you’ll see circled in red on the right (these are the total pay-outs you’d receive per pound you bet, and include your returned stake). You’ll also see the ‘Guide’ price, which reflects the general industry price for that horse to win.

One other thing to bear in mind would be how odds are expressed. Much like on the Betfair Exchange, for example, you will see decimal odds rather than fractional odds. Very simply, these reflect your total return including your returned stake, in decimal format. For example, 5/1 would be expressed as 6 or 6.0 (£5 profit plus £1 returned stake, for every £1 wagered), and 5/2 would be expressed as 3.5 (5/2 is effectively 2 ½  to 1. So 3.5 indicates £2.50 profit plus £1 returned stake, for every £1 wagered). For more information on how decimal odds are calculated, read out guide here.

Betting on singles vs multiples on the Tote

As we have seen, when betting with fixed-odds bookmakers, there are prices to indicate the amount you will be paid for every pound bet. The same is true for placing single bets on the Tote, whether that be a ToteWin or a TotePlace bet, with the odds given indicating the potential pay-out, or ‘dividend’ for every pound wagered on each horse. Whilst odds can and, in all likelihood, will change right up to the beginning of the race, they can at least give an approximation of what price a horse is likely to go off at, and how much you stand to win. In this sense, we can in practice think of odds for Tote singles working the same way as they do for regular bookmakers or exchanges. Bear in mind though that your bet will affect both the size of the overall pool and the proportion staked on your selection – so the bigger your stake, the more significantly it is likely to reduce the dividend.

Betting on multiples however – or ‘exotics’ as they are known on the Tote – works in a different way to how it works with fixed-odds bookmakers. To start with, stakes are fixed at £1 or £2 per line, just like a lottery ticket would be, and there is a set number and selection of races you can cover in each, to ensure the prize pool can be fairly split between punters betting on the same thing. Because the pay-out is decided not by your stake, but by the size of the prize pool and the number of winning ‘tickets’, it is in practice impossible to know how much you stand to win in advance. For this reason there is zero point in backing the same line more than once, to up your stake – if you lose you will lose more, and if you win you will just be winning back the extra money you spent!

How does each-way betting work on the Tote?

There is no each-way betting per se on the Tote – only to win or to place. You can still create an equivalent bet if you like, by placing a win, or ‘Totewin’, bet on a horse, and a place, or ‘Toteplace’ bet on the same animal to the same stake. Your return wouldn’t be worked out in the same way it would be betting each way – but that can be to your advantage. Here’s why.

With an each-way bet, two identical stakes are placed: the first half is wagered on your horse to win, the second half is wagered on your horse to place (place terms vary according to the number of horses in a race, the type of race, and further bookmaker offers – you can find out more about place terms here). The downside of this is that if your horse does finish placed but does not win, you are only refunded the ‘place’ half of your stake, and only paid out on the ‘place’ half of your bet. This means you will still make a net loss if those winnings amount to less than you lost on the ‘win’ half.

With the Tote, there is a separate ‘to place’, or ‘Toteplace’, market on which you can back a horse to finish in the top positions. Unlike with place markets or each-way terms you would find with a regular, fixed-odds bookmaker, this place market is not a derivative of – or directly calculated from – the win market.

Rather, it’s an independent market, and though place prices are generally kept somewhat in line with win prices (as is determined by the betting market as a whole, given that fixed odds and exchange markets are simultaneously being bet on by the same people), you can still often find a horse available at a TotePlace price that looks completely out of kilter with its Totewin price. So rather than a quarter or a fifth of the ToteWin price like you might expect to see if you are used to each-way betting, it might be significantly more; it might also be significantly less – it all depends on the horse and the race.

Bear in mind though that like all Tote betting, these odds are subject to change right up until the off – the price you get is effectively the SP. 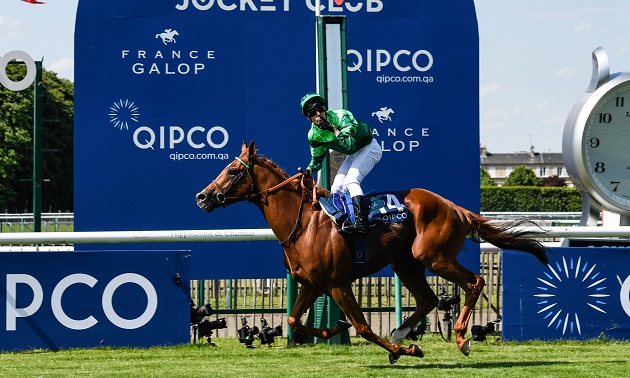 More ways of betting on the Tote

Aside from the Totewin and Toteplace options we’ve already discussed, you’ll see there are several other bets available. Often known as ‘exotics’, they are:

These all offer novel and useful ways to bet on a race or through a day’s racing, and we will go on to explain what they are and when they might be used, later in this series – starting with one of the Tote’s best-known bet types, the TotePlacepot.