The Melbourne Cup is Australia’s most prestigious horse race, known as “The race that stops a nation”, and is held at Flemington racecourse on the first Tuesday in November. The two-mile race is a Group 1 handicap for three-year-olds and older, and is the richest two-mile handicap in the world. As such, it attracts entrants from all over the world, including Japan, Britain, Ireland and France.

The most successful horse in the race – which was first run in 1861 – is Makybe Diva, who won it a remarkable three times in a row from 2003 to 2005. Despite several Irish raiders having returned to the Northern Hemisphere with the spoils – most recently Rekindling for Joseph O'Brien in 2017 – we were yet to see a British-trained winner of the race until the 2018 renewal. Having reportedly had the race in their sights all season, Charlie Appleby's Cross Counter finally broke the Brits' curse, when coming from well off the pace to win for Godolphin in emphatic style.

The Melbourne Cup almost literally stops a nation, and there are ten races on the card at Flemington, including:

Flemington Fling – a race for three-year-olds over five furlongs

Melbourne Cup – the feature race on the card. 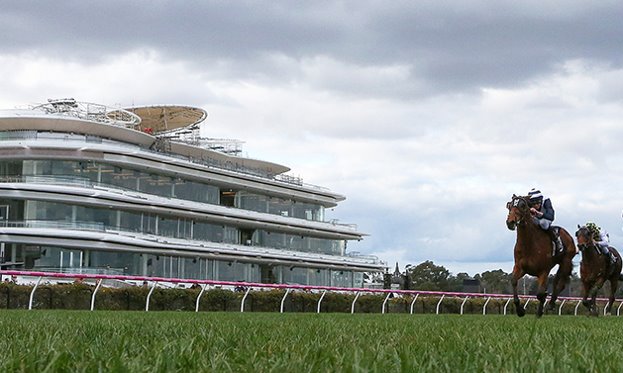 The race may go off in the early hours of the morning on UK time, but that doesn’t mean that there isn’t a big interest in betting on the race. There is normally a huge field heading to post, which means there’s usually a highly competitive betting market. There is a large number of bets placed on the Melbourne Cup, both in the UK and Ireland, as well as in Australia. The Melbourne Cup is shown live on At The Races, but in recent years it has also been available to watch live on Twitter.

As with any big race, the top online bookies like Paddy Power and Betfair will have Melbourne Cup Free Bets and Melbourne Cup Betting Offers. Often the bookies will give you an enhanced price on one of the favourites, or they may offer a Bet Through The Card – get free bets when you bet on the first race of the card at Flemington on Melbourne Cup Day. Either way, we have you covered here with the best sign-up offer and betting specials for the Melbourne Cup.

Want to know which horses the expert Timeform Tipsters are backing on Melbourne Cup Day? You can get free tips for the Melbourne Cup either on the Timeform website or app. However you like to bet, Timeform has you covered with Melbourne Cup betting tips.

Follow all the build up to the Melbourne Cup on the News pages at Timeform. Whether you are after the latest betting odds, market movers, going updates and non-runners, plus the latest from the stables of the top horses for the Melbourne Cup, you’ll find it right here. Simply want to know which horse was first past the post? Then go to our Results page to get the latest Melbourne Cup results.

Melbourne Cup Past Winners – this century 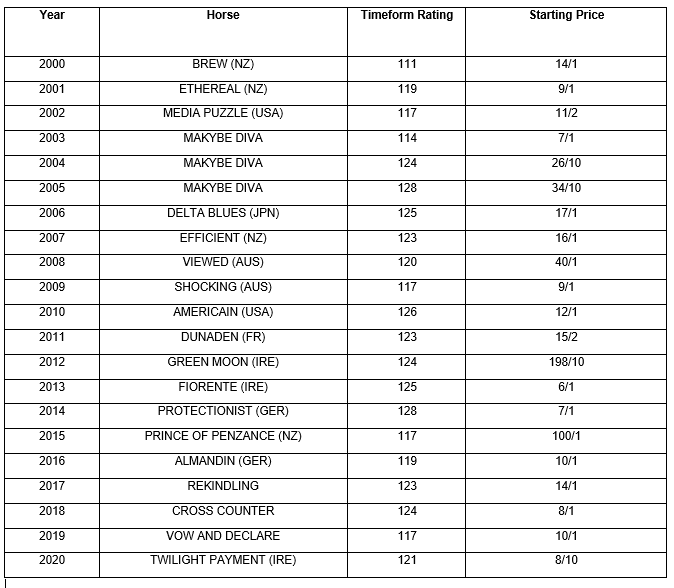