The Dubai World Cup, which was first run in 1996, is a Group 1 race run over one mile and two furlongs at Meydan, and was formerly the richest race in the world with a purse of $10 million before it was overtaken by the inaugural Pegasus World Cup in 2017. The race is held at the end of March as part of the Dubai World Cup Night, the single richest race card of thoroughbred racing in the world, featuring five Group 1 contests.

The World Cup is the feature race, but the supporting card is one of the best you will ever see, with no less than five Group 1 races in total.

Dubai World Cup – The feature race on the card

Whilst betting isn’t allowed in the UAE, there is a big interest in betting on the Dubai World Cup around the rest of the world, both with Online and betting shop bookies in the UK & Ireland and now in some states in America. The Dubai World Cup is usually shown on ITV and draws a lot of interest due to the huge prize funds on offer.

As with any big race, the top online bookies like Paddy Power and Betfair will have Dubai World Cup Free Bets and Dubai World Cup Betting Offers. Often the bookies will give you an enhanced price on one of the favourites, or they may offer a Bet Through The Card – get free bets when you bet on the first race of Dubai World Cup Night. Either way, we have you covered here with the best sign-up offer and betting specials for the Dubai World Cup. 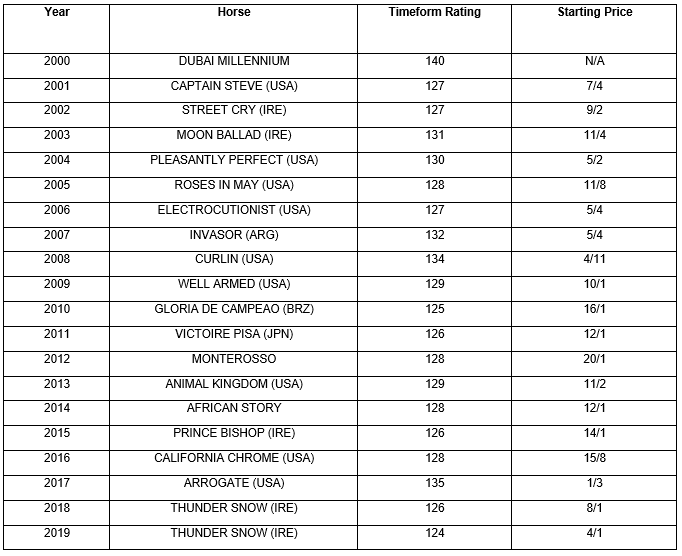