The Greyhound Derby is a Category 1 race which is widely referred to as the “Blue Riband” of the sport. The nature of the competition provides a test of a greyhound’s constitution and endurance in equal measure, 6 rounds that often see the cream rise to the top.

The importance of the event for owners and breeders alike is unprecedented, with entrants participating from England as well as Ireland, with a host of young & experienced talent making the trip over from the Emerald Isle in search of the sport’s greatest prize, their most recent hero being Jaytee Jet in 2016.

In 2019 was run at Nottingham’s Colwick Park over 500 metres (24th May-29th June), and the race's full title including sponsors was The Star Sports, Arc & LPS Greyhound Derby. It was staged at Nottingham for the first time, the course stepping in after the closure of Towcester Greyhound Stadium, which had showcased the Derby finals since 2015.

The 2019 winner, Priceless Blake, was successfully tipped on this page at an advised price of 12/1, by Timeform Greyhounds Correspondent, Joe Nordoff. Priceless Blake went on to win at an SP of 6/1, and a Betfair SP of 9.42. For 2020 tips, make sure you visit Timeform.com/greyhounds, and play smarter! 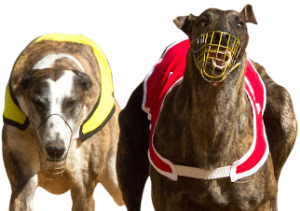 The competition has a rich history stretching back to 1927 with only four greyhounds having landed the event twice, testament to the demands of the event. Each of the four fitting of their status amongst greyhound racings elite. The most recent of them being Westmead Hawk who is recognised by many as the greatest of all time, his 2005-2006 reign epitomised by an exciting come-from-behind run style that endeared him to the hearts of many. Unsurprisingly, the event is important when it comes to the breeding of racing greyhounds, and the above mentioned Westmead Hawk has gone on to sire two successful winners of the event himself in the shape of Taylors Sky and Sidaz Jack during a fantastic stud career.

Like horse racing the sport has its share of powerhouse kennels participating from both sides of the Irish sea but has also provided its own heart-warming stories over the years, with a couple in particular catching the public’s imagination. Allen Gift was unable to land a heat before getting it right on the biggest stage of them all back in 2002 and amazingly never won a race thereafter including at graded level back on home soil Hove. Whilst a particularly emotional winner epitomising a “rags-to-riches” story was Bruno Berwick’s Salad Dodger back in 2014. A mid-card grader at Romford the son of Crash was an unconsidered outsider and was yet another who never managed to get his head in front through the opening rounds. However, he made no mistake on taking the £200,000 prize when striking late and fully justifying his trainer’s confidence.

Equally the event has thrown up human heroes, the most notable being now retired Charlie Lister OBE who has landed the event a record 7 times, his most famous being back-to-back winner Rapid Ranger whilst arguably the  most dramatic being Bandicoot Tipoki who swooped fast and late for success back in 2010.

Wimbledon’s 480-metre trip provided for an excellent test of the racing greyhound prior to its sad demise and Towcester managed only 2 years of hosting the event.

The nature of the race and what is crucial in testing the greyhound means the track chosen to hold the event is extremely important, therefore it is poignant to find its new home as Nottingham. The standard 500-metre trip tests early pace and stamina in abundance, the long run to the first bend providing a fair test with slower starters given enough time to compensate for any box napping. Crucially the track does take some getting used to, with both the first and third bend taking some negotiating, with hounds lacking course knowledge often finding themselves moving wide at those particular bends.

Another extremely significant feature of the competition has often been the structure of the rounds, with the most difficult previously being 3 races in a week leading up to the final. Crucially, in line with a new, fresh approach Nottingham have chosen to change the format, with each round essentially including a week’s break in-between, which rates a positive step for all concerned.

Betting on the Greyhound Derby

Unsurprisingly there is massive interest in betting around the Greyhound Derby, particularly at an ante post level and whilst Sky Sports coverage will unfortunately be absent this year, luckily the event will be televised on Racing Post Greyhound TV. With considerable interest surrounding the competition, particularly the final there is also plenty of mouth-watering clashes set to take place on the evening of the final, notably the Derby Plate for those eliminated earlier on as well as puppy and stayers’ contests making for a superb night of high-class greyhound racing.

Make the most of betting on the Greyhound Derby by getting the best odds around, making your winnings even bigger than if you just stuck to one bookmaker. You can follow the links to check out Betfair and Paddy Power.