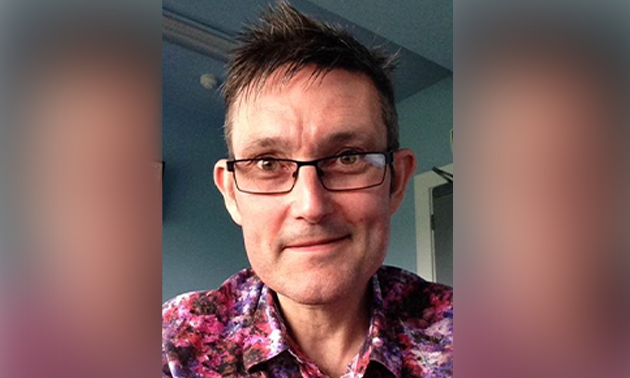 Monday, September 1, 1986. I travelled up by train from Haywards Heath on the Sunday and remember being impressed by a cool kid on the replacement bus service between Bradford Interchange and Halifax - he turned out to be Simon Rowlands.

What did you do immediately before joining Timeform?

I studied Economics at Christ’s College, Cambridge, and saw an advert for a job at Timeform in The Sporting Life. I was offered a place after the traditional interview with Reg Griffin, which was just as well as I’d not got close to landing any of the ‘proper’ jobs I’d applied for.

What was your first role at Timeform?

Comment writer in the jumps department, alongside the much-missed pair Dave Sheard and Paul Morrell, under Keith Wilkinson

There’s a hell of a lot to learn about horse racing. What has stuck with you most about what you learnt during your Timeform years?

Working with people inspired by supreme rationalist Phil Bull taught you to assume nothing, challenge everything and never be afraid to think differently. Always be prepared to back up your views with rational argument. And check every word you write - never think that you are so clever that you cannot make the stupidest mistake. Mr Bull himself ensured I kept my feet on the ground when he informed me he spent £10,000 a year importing cigars from Cuba - at a time when he paid me £6,000 a year.

There are pluses and minuses with moving to a new town, what are your lasting memories about your time living in Halifax?

Halifax is much closer to Haywards Heath (my home town) alphabetically than it is geographically, culturally or socially but it was a good place for a lad in his early-20s, with a welcoming community (I’ll never forget the first time I went to a newsagents to buy some cigarettes and the shopkeeper actually talked to me!), cheap rent (thanks to my benevolent landlord Michael Pavlovic in a back-to-back in King Cross) and good pubs (I speak as a member of the Union Cross B team, division five cup winners in the Calderdale Quiz League in 1989).

Thinking back, what was the job you enjoyed doing most while you were at Timeform?

Writing long comments/essays for the annual, letting your creative juices flow, digging back through obscure journals from the 1950s, writing with authority but not arrogance - and desperately hoping that editor Dave Newton would let some of your words survive! Done well, they are hugely evocative of time and place. To read, say, The Fellow from Chasers & Hurdlers 1990/91 now is suddenly to be transported back to being 25 again.

What was the first job you had after leaving Timeform?

Broadcaster at Rapid Raceline, in the days when dialling a premium number was the only way to find out what was going on.

Favourite meeting and why?

Grand National meeting at Aintree - most of the good horses but little of the serious pressure of Cheltenham, and it ends with the greatest race of all.

Whilst at Timeform, Phil Bull Trophy day at Pontefract (when the entire staff decamped to the course), Charity day at York (ditto) and a 48-hours-without-sleep trip via London, Newhaven and Dieppe to Paris with Simon Rowlands (still cool) to see Reference Point fail to win the Arc all stick in the memory.

Best race seen live and why?

None too close a race but an experience not to be forgotten - the 2012 Juddmonte International at York. I’ll be lucky to see a better performance and I’ll always remember the clamour to see Frankel in the pre-parade ring, even while the Great Voltigeur was being run. Brilliance is box office.

Sir Peter O’Sullevan and Julian Wilson on BBC TV plus LBC Radio tipster Colin Turner, an effervescent Irish tipster whose enthusiasm was infectious and stimulated me to make the plunge and visit nearby Fontwell and Plumpton. In my first week at Cambridge, I saw El Gran Senor win the Dewhurst at Newmarket - which was no longer off-limits for students, as it had been in my father’s day.

Give us a successful horse you spotted early on their route to the top?

I liked the way Generous won a minor race at Sandown that did not suit his strong-running style. I napped him when he won the Dewhurst at 50-1 (I was such a great tipster that I still finished only third in the table that year) and was on at 50-1 ante-post when he won the Derby.

Give us a horse you thought was going to reach the top but never quite made it?

Far too many to mention - but I retain hope that Lostintranslation will reach the very top of the tree in 2020/21.

What factor/factors do you think punters place too much emphasis on?

The bare result. Despite all the many and varied advances in race analysis, A beating B by a length is still too often taken as proof that A is a length better than B, even among some in my profession. Knowing what happened is nothing like as useful as knowing why.

What other advice would you give?

How a race was run and the strength of the form is much more important than the face value of its apparent status.

And placing a bet is making a financial decision so the price must always be paramount. Odds matter so knowledge of probability theory and the mathematics of betting is as important as form analysis.

What would you change about the sport?

Convince more of the people who matter that punters are fundamental to racing. Along with owners, they are the ones whose money pays for the game so we must follow the Australian lead and regard their interests as sacrosanct - providing ample, accurate data and ensuring the sport is run in an efficient, professional manner that inspires confidence among those with alternative options for their punting pound is key.

Give us a trainer you think is underrated

Never take Alan King lightly on the Flat. His summer operation gets stronger every year - he won nearly £650,000 in prize money and took the Northumberland Plate and Spring Cup in 2019 yet his runners still start at a longer price than they should. Look out for Trueshan this season!