A Guide to the 2019 Cricket World Cup

The ICC Cricket World Cup is upon us, in what is the 12th edition of the tournament, and will be hosted by England and Wales, taking place from 30 May until 14 July 2019.

The tournament will have 10 teams competing, a smaller total than at the last two World Cups in 2011 and 2015, which included a total of 14. Hosts, England, automatically qualified for proceedings, with the other seven given a place based on their ICC One Day International rankings as of 30 September 2017 and earned automatic qualification that way. The other two places have been awarded based on a play-off qualifier, which took place back in 2018. 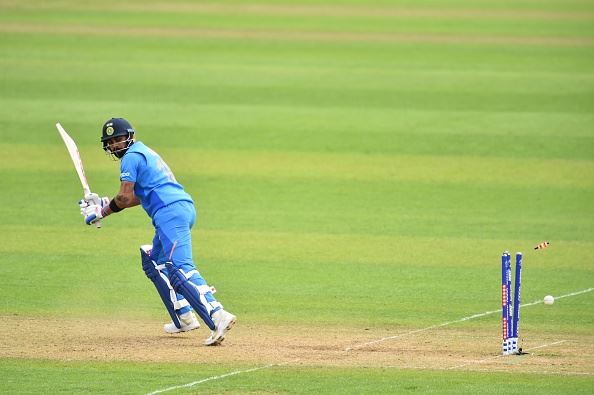 The first stages of the tournament work in what is a group stage format, also known as a round-robin. All teams in the group will play one and other once.  The top-placed four sides within the group will then qualify for the knockout stages. Back in 1992 a method close to this was also used, however that tournament featured nine teams instead of 10.

Where to watch and listen

This market – available at Betfair and Paddy Power - is for which batsman will score the most runs in the match and is available either on a match-by-match basis, or as an outright bet. You can expect to see household names such as Vihrat Kohli, Kane Williamson, Joe Root and Chris Gayle to dominate the top batsman market throughout the tournament. However, given the modern game sees teams possess quality batsmen right down into the tail these days, there might be value in backing lower-order batsmen, such as the likes of Jonny Bairstow, Ravindra Jadeja or Shaun Marsh.

The market for a top batsman in a one-off game can be backed in-play. The benefit of this is that if a side loses an early wicket, you can look at backing a batsman coming in lower down the order. For an outright top batsman, you can consider a team’s form and what role the batsman has in the team before making a selection, for example, is the batsman a pinch hitter, or someone that the team builds an innings around.

This market is very similar to the batsman market, with the difference being that it’s about which bowler will take the most wickets in the match. Its principals are in line with the batsman market and you once again may have the option of choosing a player from each team. The discipline of bowling has become very hard in the one day game, with the format often described as being a ‘batsmen’s game’, bowlers will very often see the ball sailing over the ropes.

Conditions impact this market hugely. For example, if the weather was forecasted to be overcast and wet for the majority of the tournament, you might opt for a seam bowler to be a leading wicket taker. However, if the weather looked to be a lot more hot and humid, with the wicket harder and dustier, you would consider backing a spin bowler to take a lot more wickets. That said, regardless of the conditions and style of bowler, you would always expect to see the likes of Mitchell Stark, Adil Rashid, Trent Boult and Dale Steyn towards the top of the betting.

There are certain bets that are available on match day that are worth considering, although it’s best to judge circumstances before punting. Weather and the pitch, as well as the quality of the opening bowlers, should be taken into account before taking a bet on the fall of the first wicket and the number of runs of the opening partnership at the crease. If a certain bowler is on form, his odds will always be the lowest to take the next wicket, although it’s worth monitoring whether a particular batsman struggles against one bowler.

Monitoring records and past performances is just as important in live betting. For example, Root has been poor for a long period of his career at converting his fifties into hundreds – therefore, when given odds on whether he can reach a century, this should be taken into account. The majority of cricket betting is analysing statistics and form. If you have a strong understanding of the game and are able to read trends, it could be a solid earner.

England go into the tournament as favourites, with the squad being touted as the strongest the nation has ever seen. Given hosts tend to do well in the tournament, down to the large support and a familiarity with conditions, it’s easy to see why they’re a short-price with the bookmakers. Following England, you get the usual suspects. Australia and India are around a similar price with the likes of South Africa, New Zealand, West Indies and Pakistan not too far behind them.

Given that 50 overs can be somewhat of a leveller between the two given sides, expect to see some upsets in the offing. Bangladesh, Sri Lanka and Afghanistan all possess dangerous slower bowlers and with big prices on offer, there will be some markets involving these sides that should catch the eye.