Rowleyfile investigates: What is going on at Wetherby? 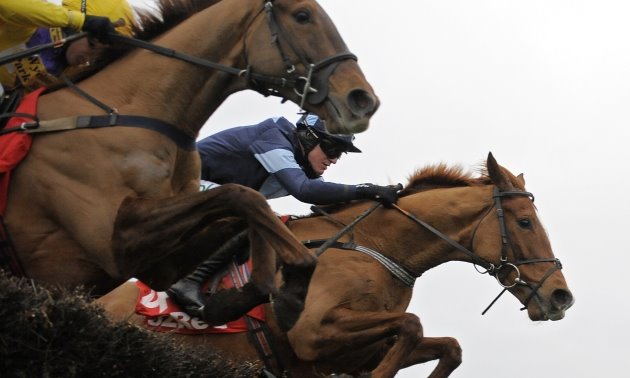 With some anomalous times being returned at Wetherby in recent weeks, Simon investigates and comes up with a strong case for saying that punters are being short-changed.

"... in order to fulfil the requirements set out in the Racing Calendar, the race [Charlie Hall] needed to be between 24.75 furlongs and 25.25 furlongs. It wasn’t. It wasn’t anywhere near."

Jump racing enthusiasts are entitled to wonder what on Earth has been going on at Wetherby recently. Track records at the course have been tumbling left, right and centre, including two on Saturday on ground officially described as “Good, Good to Soft in places”.

There are a number of possible explanations for this, including that the times are wrong (Timeform independently takes its own times which can be used to corroborate the official ones), that the going has been much faster in recent months than reported, and that the reincarnation of Arkle has turned up at the course, not once but several times already this season.

Or there is a simpler explanation, which happens to be the right one, and which reveals a worrying degree of official incompetence: at least some of the reported distances are wrong, badly wrong.

Unlike in the old days, when someone would have to measure a course with a trundle wheel in order to establish the truth of the matter, it is possible to measure the length of a race very accurately from a computer, using Google Earth.

This was the approach Timeform used previously to reveal, for instance, that the Wincanton two-mile hurdle course was short of the distance advertised, a fact brought to the attention of the British Horseracing Authority at the time.

In the case of Saturday’s record-breaking Charlie Hall Chase (a race run at far from a strong pace), it is easy through video analysis to track the route taken by the runners and to reproduce it on Google Earth, as in the following image: 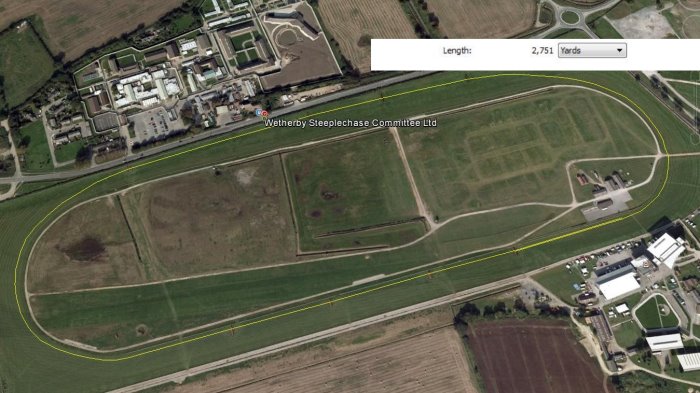 Simon's analysis of the Wetherby course. You can see the full, unedited image here.

The runners took a much tighter path on both bends than would usually be the case in the middle of winter, when Timeform had previously surveyed the circuit length at 2651 yards (or 12.05 furlongs). The shortened version comes in at 2562 yards (11.65 furlongs), with the image showing the distance for one circuit plus the run-in, which is 189 yards in length.

Video analysis and Google Earth also reveals that the runners in the Charlie Hall Chase crossed the starting line approximately 53 yards before the finishing line then completed two circuits of the shortened course. This therefore gives us a total race distance for the Charlie Hall of:

Now, correct me if I am wrong, but 23.5 furlongs is not 25 furlongs – the advertised distance of the Charlie Hall Chase – or anything like it. The BHA allows jumps races to be returned to the nearest half-furlong. So, in order to fulfil the requirements set out in the Racing Calendar, the race needed to be between 24.75 furlongs and 25.25 furlongs. It wasn’t. It wasn’t anywhere near. It was 268 yards short of even the shortest acceptable distance.

Timeform has unearthed several other examples of erroneous jumps distances, without (so far) even trying very hard. The Wetherby “25-furlong” chase example may well be just the tip of a Titanic-sized iceberg.

As has frequently been stated, British racing is competing in the entertainment and betting arena, not only with racing products in other countries (many of which have far more accurate data) but with other sports which simply would not countenance this degree of misinformation. The point may have been made repeatedly, but it seems not to have sunk in with those who run the sport.

In addition to a brickbat for Wetherby’s Clerk of The Course, there needs to be one for the BHA, which is presiding over a degree of complacency and incompetence that should be unacceptable in a modern sport.

There have been previous warnings, including one which resulted in a hasty change to official distances on Lingfield’s Flat course as the result of a previous Timeform investigation, but no systematic overhaul of race measurement. The time for the BHA to act is already long overdue.