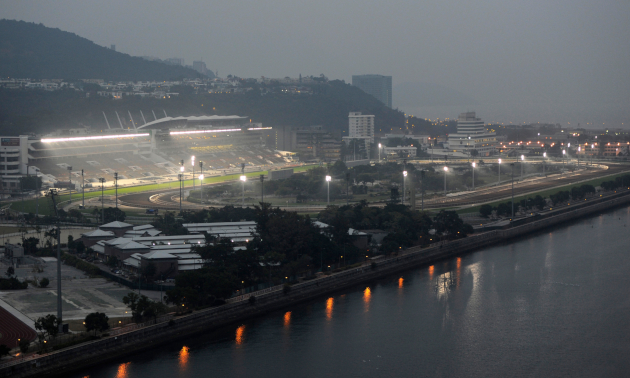 The summer festivals are behind us which means it's time to take a look at how the Timeform Global Rankings have changed.

"he has matured into a consistent top-class middle-distance performer"

A horse certainly doesn't have to be unbeaten to have a high Timeform rating, but it would be easy to think that is a pre-requisite looking at the top of the Global Rankings. The top five have between them made 18 starts in 2020 and have passed the post first in each of them.

Battaash remains at number one, though he hasn't needed to be at his very best on any of his three outings so far this season. There are different ways to judge 'the best', of course, and, while Battaash still has the higher master rating, Ghaiyyath's performance ratings in 2020 of 130, 129+, 133+ and 131+ show he has matured into a consistent top-class middle-distance performer. His win in the Coral-Eclipse rates the single best performance we have seen this season and was followed by another dominant display in the Juddmonte International at York.

They are followed in the rankings by a trio of three-year-olds whose careers look to be going places. Palace Pier took on older horses for the first time in the Prix du Haras de Fresnay-Le-Buffard Jacques Le Marois at Deauville and produced his best effort to date, pulling well clear with the filly Alpine Star (125, received 3 lb) from a select field of previous Group 1 winners. Tiz The Law appears to have the Kentucky Derby at his mercy after his 5½-length success in the Runhappy Travers Stakes and earlier on the same Saratoga card the filly Garmine ran away with the Longines Test Stakes, preserving her unbeaten record in spectacular fashion.

Garmine's trainer, Bob Baffert, now also has Maximum Security in his barn. The Saudi Cup winner has extended his winning sequence to six with victories at Del Mar in the Grade 2 San Diego Handicap and the Grade 1 TVG Pacific Classic. He's rated alongside Mohaather, who might also have been unbeaten in 2020 but for a troubled passage in the Queen Anne Stakes at Royal Ascot. His breakthrough at Group 1 level came instead in the Qatar Sussex Stakes at Goodwood. The Sussex Downs also saw what may also prove to be the last start Stradivarius is given at two miles or more, reportedly now to be aimed at the Arc after his fourth successive win in the Al Shaqab Goodwood Cup.

Also being aimed at the Arc is the best of the three-year-old fillies in Europe, the progressive Love, another three from three this season after adding the Darley Yorkshire Oaks to her wins in the Qipco 1000 Guineas and Investec Oaks.

Please note this update of the Global Rankings covers only horses that have run in 2020 and other horses still in training might otherwise qualify for inclusion in this list.