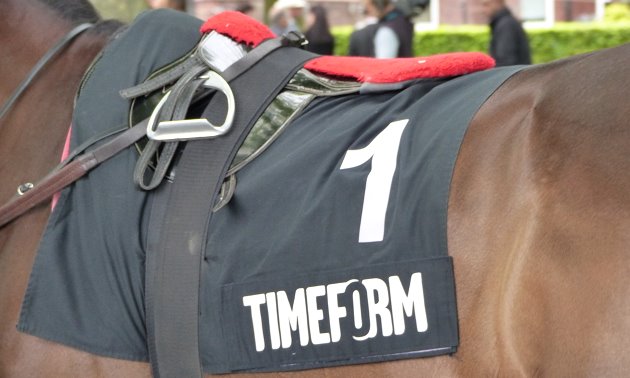 This may have the look of a competitive handicap at first glance but to us there are two horses in the field that stand out and it’s worth backing the pair. Penhill has lots to recommend him, not only the form pick based on the best of his efforts during a progressive 3-y-o campaign, but having been bought out of James Bethell’s stable for 230,000gns he’s now in the care of the excellent Luca Cumani, who does so well with older middle-distance horses. He’s well treated, can improve again and will be suited by ease in the ground. Oasis Fantasy is another with some strong 3-y-o form to his name and he wasn’t seen to best effect when down the field at Thirsk last month.

All bar Red Galileo are returning for the season, so fitness has to be taken on trust, and with no obvious front-runner it could well be a muddling, tactical affair. As such, we think it’s a watching brief.

Fruit Pastille, Imshivalla, Simply Shining and Isabella Bird are all regular front-runners in this field and the abundance of early pace could set things up for strong-travelling hold-up filly Temptress. She disappointed on her final 3-y-o outing but prior to that had won really impressively over this C&D, beating dual subsequent winner Felwah by more than 4 lengths, and on that form she could still be some way ahead of her mark. Roger Charlton has his horses in fine order at present and having James Doyle on board is an obvious positive. We have to give a positive mention to Amazing Maria, who is having her first start for David O’Meara from Ed Dunlop, and a small saver on her is advised as well.

It doesn’t get much more competitive than this, so many of them interesting handicappers for one reason or another, but the least exposed member of field is Dream Spirit and looking back at some of last year’s form there is a chance he’s thrown-in from a mark of 95. He won his first 2 career starts, including a handicap from this week’s Chester winner Maverick Wave, and was only a length behind now Group-1 bound Moohaarib at Pontefract when last seen in October. He didn’t quite get home that day, on soft ground at a stiff track over 1m, and dropping back to 7f in a big field like this could just see him to even better effect.

Although still a maiden after 3 starts it’s very hard to knock the form claims of Aidan O’Brien’s Wedding Vow. She’s bumped into Zannda (listed runner-up since) and subsequent 1000 Guineas winner Legatissimo on her two starts this season so has achieved plenty, but she is an odds-on favourite and rather than a bet at such short odds we advise an each-way play on William Haggas’ Toujours L’Amour. She created a good impression on her two juvenile starts, winning on debut before shaping better than the bare result in a listed event (caught too far back), and both the way she shaped and her stout pedigree suggests that stepping up to middle-distances as a 3-y-o will be the making of her.

Christophermarlowe threw himself into the picture for the Epsom Derby with an emphatic reappearance win last month and sets a lofty standard for the others to aim at in this listed event. He should win providing that he handles softer ground conditions but it’s not a race that we’re interested in betting in.

For the time of year this looks a strong handicap hurdle, plenty of them arriving in form and/or well handicapped, but The Govaness is really thriving now and the manner of her recent Cheltenham win was such that we think she can go close to defying a 13 lb rise in the weights. A smart bumper mare, it took time for Fergal O’Brien’s inmate to click over timber, but she’s certainly done so now and her stout pedigree suggests that this further increase in trip could bring about even more improvement.

A wide open race and not one in which we advise big stakes, but after only 4 starts it’s by no means out of the question that we’ve still to see the best of War Sound and, given that he seems a really enthusiastic sort, there is a chance that a strongly-run race – which this looks set to be – will see him to best effect. Ciaran Gething’s has struck up a good rapport with Phillip Hobbs’ gelding and takes off a handy 7 lb.