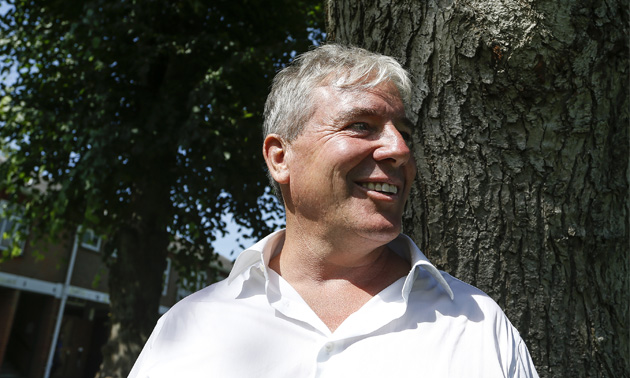 A third Breeders’ Cup success is top of the agenda for Golden Pal after putting Royal Ascot disappointment behind him with victory at Saratoga on Friday.

Wesley Ward’s American speedball proved bitterly disappointing in a highly-anticipated international clash with Australia’s Nature Strip in the King’s Stand in June – blowing the start before being rushed up to challenge and eventually fading to finish last of 16 runners.

Dropping in class for the Grade Three Troy Stakes, Golden Pal was settled in behind the pacesetters by Irad Ortiz Jr and picked up for pressure to prevail cosily by a head.

The four-year-old won the Breeders’ Cup Juvenile Turf Sprint in 2020 and the Turf Sprint last season – and while Ward is considering a switch to dirt for his next start, he is most likely to defend his Turf Sprint crown on his home track at Keeneland.

Ward said: “Friday was great. He came back from Ascot in good order and everything has gone super.

“We tried a new tactic by following the leader and everything worked out. That was our plan going in and if you watch the head-on the ground kind of broke out from underneath him, which helped the rider.

“He was a little keen, but he settled in and moved right by the leader. A long shot came charging on the outside at the finish, but it was all new for him and he learned a lot from the experience, which should help him moving forward to the Breeders’ Cup.

“We’ll get back to Keeneland and get him settled back into his stall. In around two weeks we’ll possibly give him a few dirt works and we could look to run in the Phoenix Stakes, which is on the dirt on the opening weekend at Keeneland in October.

“It depends on his dirt works and how he’s progressing, but that could be his prep race for the Breeders’ Cup, probably on the turf rather than the dirt, regardless of how he runs.”