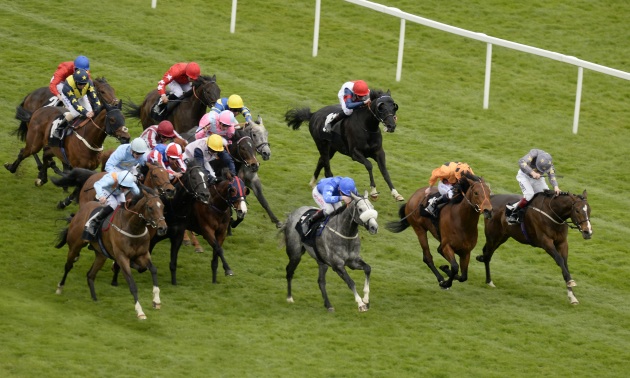 Timeform's Andrew Asquith picks out three horses who have produced notable performances on the clock and could be worth looking out for at Doncaster on Saturday.

The St Leger, which is the final classic of the season, is the feature race at Doncaster on Saturday, though from a time perspective, there isn’t a standout.

There are some bets to be had elsewhere on the card, though, starting with Sandret in the opening mile handicap (13:15). Ben Haslam went very close to sending out a winner at this meeting on Wednesday with Party Game, and the trainer has another good chance here with Sandret, who makes appeal based on the timefigure he posted when winning a minor event here over a mile and a quarter last September.

This will be his first start at a mile for more than a year, but he has been shaping as though it will suit and, with his handicap mark continuing to fall, he should be very competitive if putting his best foot forward.

A Momentofmadness looks primed for a big run in the Portland Handicap (14:25). He hasn’t won since landing this race in 2018 (finished runner-up to subsequent Group 1 winner Oxted in this 12 months ago), but he left the impression he was coming to the boil when third at Goodwood last time. A Momentofmadness is now 8 lb below the mark from which he won this race a couple of years ago, and connections have likely had this race in mind for him for some time. He can be given a big chance based on the form book and on the clock.

The mile nursery at 16:05 looks a good opportunity for the well-bred Legend of Dubai to get off the mark. Out of the Prix de l'Opera and Prix Jean Romanet winner Speedy Boarding, he is bred to be much better than a handicapper, and has shaped well on both starts so far. The form of his debut third at Newbury has taken a few knocks since, but it looked a strong race at the time, with plenty of big yards represented, and Legend of Dubai improved from that effort at Haydock last time despite failing to land the odds. He was beaten only by one who had the run of things on that occasion, and the timefigure Legend of Dubai recorded suggests he has been let in lightly by the handicapper from a mark of 83. There is more improvement to come from him and Legend of Dubai looks one of the strongest bets on the card.