Prince of Wales’s Stakes: Eagle can soar over international challengers 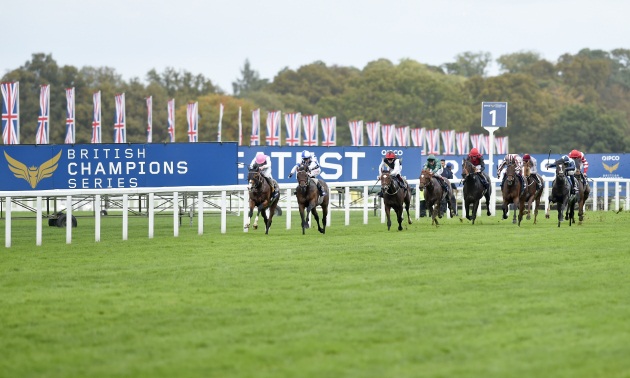 Ben Fearnley previews Wednesday's Prince of Wales's Stakes at Royal Ascot and recommends keeping a straight bat in the betting.

Royal Ascot this year seems to be more of an international affair than ever, with many of the top races, starting with the opening Queen Anne Stakes, featuring an array of horses from all over the globe. The Prince of Wales’s Stakes on Wednesday can boast a line up as diverse as some Olympic events, with six countries represented from those currently prominent in the betting, and the race is as strong as it is diverse, featuring everything from former American Triple Crown contenders to Prix du Jockey Club winners.

A race that draws from far and wide has thrown up an accordingly open market, but we’re not sure it should be so. There looks to be a strong case for saying the 7/2 about Free Eagle, one of the field’s least decorated runners, is generous. A one-time ante-post favourite for the Derby, Free Eagle didn’t reappear as a three-year-old until mid-September, when he marked himself up as a horse right out of the top drawer when bolting up in a Leopardstown Group 3. He was justifiably promoted to Group 1 level after that and, despite finishing third in the Champion Stakes, only added to his reputation: cutting it with experienced Group 1 sorts at such an early stage promises top-class form down the line. A rating of 129p reflects that.

Concerns over Free Eagle do exist. That delay in returning as a three-year-old allied with slight holdups in his preparation this year (a head cold reportedly kept him out of the Tattersalls Gold Cup, his intended reappearance) suggest he’s a difficult sort to train. On the plus side, such horses could do little better than end up in Dermot Weld’s skilled hands. You can’t imagine Weld having Free Eagle anything less than fully tuned-up for one of his major targets.

The Prix du Jockey Club winner we alluded to in the introduction doesn’t come from the half-a-dozen French-trained horses still in the Prince of Wales’s- he’s stabled just outside Thirsk. Besides winning the French Derby last year, The Grey Gatsby took the Dante at York and got one over on Australia in the Irish Champion Stakes. He added another stamp to his passport when second to Solow in the Dubai Duty Free, a creditable effort given the nine-furlong trip probably doesn’t play to his strengths, being a strong stayer at 10 furlongs. That was just the latest occasion on which a top-class, on-song rival has had The Grey Gatsby’s measure and, though he’s undoubtedly done well travelling the world, he may find it tougher now that the world is coming to him.

The leading French-trained contender is probably Ectot, who shadows Free Eagle in profile and now price. An impressive winner of the Prix Niel subsequently sent off second-favourite for the Arc, he’s a horse with undoubted potential, expressed with the ‘p’ that only he and Free Eagle retain coming into the race. Potential is one thing, achievement another, and on that score Free Eagle is ahead by further at this point than his and Ectot’s prices would imply.

Those entrants from further afield include last year’s American Triple Crown near miss California Chrome. He’s more like The Grey Gatsby, a well-travelled sort who has on a couple of occasions now just fallen short in the very best races. More recently, he failed to justify favouritism in the Dubai World Cup, the bride-in-waiting upstaged by long-time bridesmaid Prince Bishop. California Chrome’s turf proficiency is in little doubt after his Hollywood Derby win last November, but his position as a truly world-class performer is assumed rather than proven.

The Ascot turf shouldn’t prove a barrier to either of the Australian or Japanese teams with Criterion and Spielberg respectively. Criterion’s standout performance remains his high-class victory in the Group 1 Randwick Queen Elizabeth Stakes two starts back, and although he provides yet another interesting dimension to this race, his two-and-a-half length defeat of Red Cadeaux probably falls short of what is required to win here. Speilberg remains the biggest unknown quantity in the race, but his form ahead of proven international performer Gentildonna in Japan, including when third in the Japan Cup, adds substance to his performances from a global perspective and he is respected, although it would be hard to recommend a bet based on what we know so far.

Overall though, despite exotic entrants in the Prince of Wales’s Stakes stretching from Australia right the way to the USA, it could pay to stick a little closer to home by backing Ireland, and Free Eagle, to win the most international running of the race to date.