Dettori off the mark as Raffle Prize lands Queen Mary 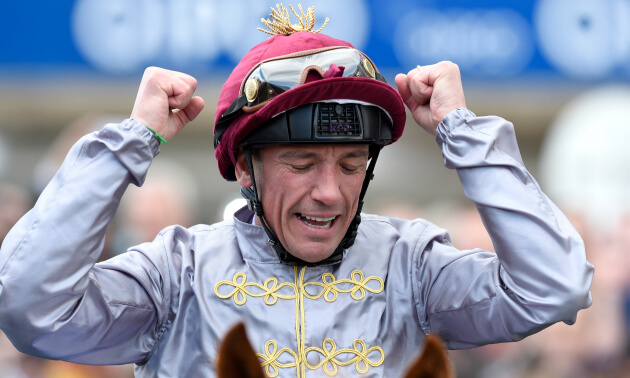 Frankie Dettori got off the mark for the week at Royal Ascot when teaming up with Mark Johnston to win the Queen Mary Stakes, courtesy of Raffle Prize.

The 18-1 winner narrowly denied Kimari, who was bidding to give American trainer Wesley Ward another juvenile winner at the meeting.

It was nip and tuck inside the final furlong, but Dettori used all his experience to get up inside the final few strides and land his 61st Royal Ascot winner - going on to treat the crowd to a flying dismount.

Daughter of Slade Power, RAFFLE PRIZE stikes in the rain for @Johnston_Racing in the (Group 2) Queen Mary Stakes at #RoyalAscot under @FrankieDettori!


In the colours of Sheikh Mohammed's son, Sheikh Hamdan bin Mohammed Al Maktoum, Dettori was greeted by his long-time former boss from the Godolphin days on his return.

Dettori told ITV Racing: "I don't normally like riding in the rain, but I don't mind it at Ascot!

"I could hear the crowd shouting me on, but when it gets the close it's in the lap of the gods."

Johnston said: "People always ask me about my best chances at Ascot, but how can you know when there's so little form to go on in races like this?