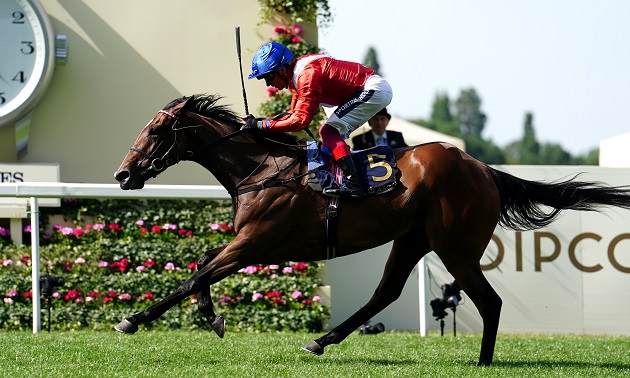 Inspiral belied her lengthy absence with a scintillating display in the Coronation Stakes at Royal Ascot.

Inspiral was the undoubted star juvenile filly of last season, winning each of her four starts including a Group One triumph in the Fillies’ Mile at Newmarket.

However, following a troubled spring, John and Thady Gosden’s charge was ruled out of last month’s 1000 Guineas and as a result made her first competitive appearance in eight months in Berkshire.

Given a confident ride by Frankie Dettori, Inspiral was still well back in the field turning for home, but sprouted wings in the straight to mow down the pacesetters and the found another gear to pull four and three-quarter lengths clear of American raider Spendarella.

Gosden, celebrating his 60th Royal Ascot winner, said: “What a difference a month has made. Mrs Thompson and Richard (Thompson, of Cheveley Park Stud) have been very patient.

“She was like a bud who was very tight that just wouldn’t blossom for the summer. She’s shown what she can do when she’s right.

“This filly enjoyed the soft mile today but I think she will find the mile and a quarter within her comfort zone.

“I like to know how they are the next morning, but she could go for the Nassau (at Goodwood) it is a possibility.”

It was a case of what a difference 24 hours makes for trainer and jockey, who suffered misfortune with both Stradivarius and Saga on Thursday.

Gosden went on: “You can’t keep looking back. You discuss it, deal with it and move on. Horses need your full attention and can’t deal with you having your lip down. You just get on with it.

“You can have too much going on in your head, but regarding Strad he goes to Goodwood and was always going to go.”

Dettori said: “She fell out of the stalls and was really far back and I thought ‘here we go again’.

“But I gave her a chance to get the splits and she powered through them like a really class filly. She put some good fillies to bed in exemplary style.

“It’s been a tough week for us at Clarehaven, but she’s put a smile on our faces.

“My head was thumping last night. I woke up this morning and took a little while to warm up and then buried my head into the races today. I thought I have a couple of chances and not all is lost yet, so you have to make peace. It’s hard to do, but you have to think out of the box, pull yourself together and concentrate.”

Gosden went on to add: “Watching her last piece of work I thought we were back, but I never expected her to win like that.

“I listened to Frankie’s reaction as he came back and he thought a mile or a mile and a quarter.

“There’s the Nassau or the Jacques Le Marois and she would be meeting older horses but getting weight.

Graham Motion said of Spendarella: “She ran great – I couldn’t be more proud of her. William (Buick) had her in the perfect spot; she was very brave to hang on for second, I thought, to be honest.

“The winner’s very good. Spenderella’s very tough. I think she’s a Grade One filly and she proved that today. She’ll go back to the States now. I think she’s really a miler – she showed that today – and we’ll need to look at that schedule.

“I don’t come over here really just for the hell of it – I have to feel good about it to come. We’ve run second a couple of times now, so I feel like I know what it takes, and this filly was very good today – the winner – but I think we’ve proved we’re Grade One class.”

Jessica Harrington said of Discoveries: “I’m absolutely thrilled with her. She came back and reversed the form from the 1000 Guineas, ran a great race. The winner is obviously a very special filly, and Discoveries was very good – I’m delighted with her.” 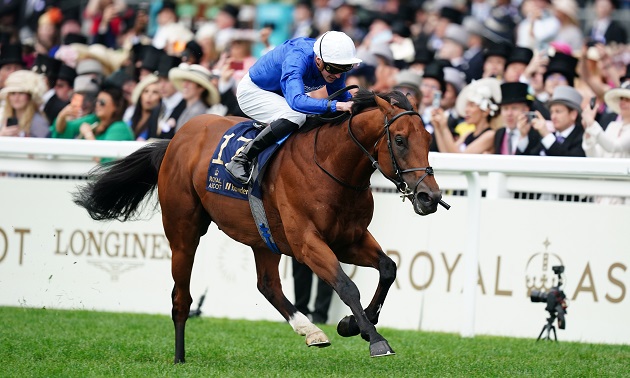 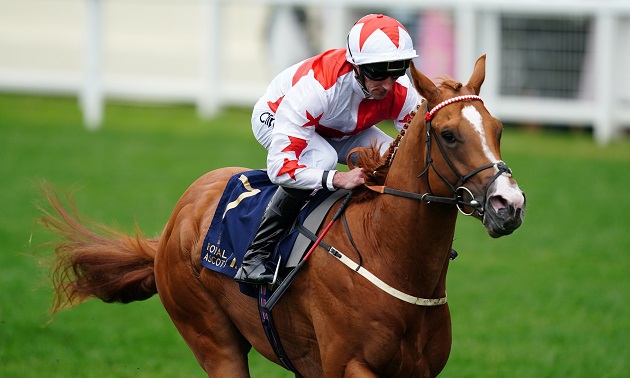 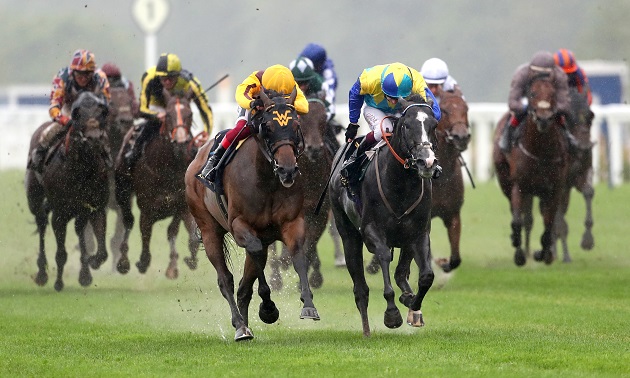