This is one of the very few big handicaps that Mark Johnston has yet to win but DARK VISION is taken to put that right. He pulled clear of a subsequent winner when going close at Newcastle recently and remains on an attractive mark. Unexposed trio Montatham, Bell Rock and Lord Tennyson are all feared greatly, while Alrajaa ended 2019 on the up and is also shortlisted, along with Fox Premier.

It is run at Ascot over a distance of 1 mile (1,609 metres), and it is scheduled to take place each year in June on the second day of Royal Ascot (Wednesday).

The race was established in 1843, and was originally contested on a right-handed course over 7 furlongs and 166 yards. The inaugural running was won by Knight of the Whistle, with a triple dead-heat for second between Bourra Tomacha, Epaulette and Garry Owen.

The race's distance was extended to its current distance in 1956. It is now run on a straight course, and it usually features a large field.

The Royal Hunt Cup is currently held on the second day of the five-day Royal Ascot meeting, and is one of three perpetual trophies at the meeting, along with the Gold Cup and the Queen's Vase, which can be kept permanently by the winning owners. 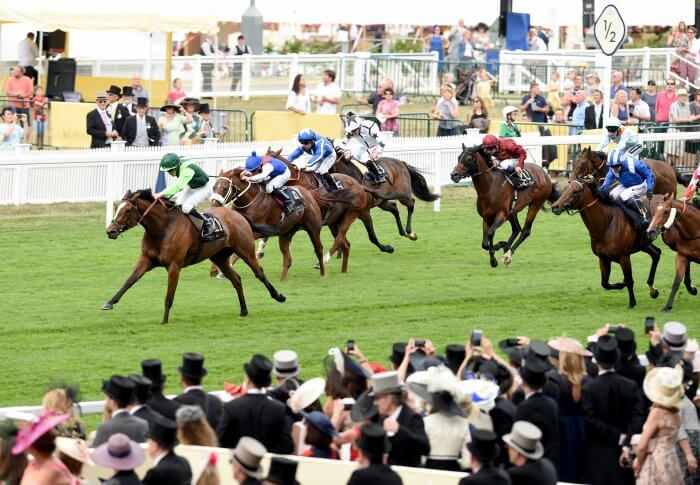 What distance is the Royal Hunt Cup?

What time is the Royal Hunt Cup?

What weights are carried in the Royal Hunt Cup?

It is a handicap race, with weights ranging from 9 st 10 lb to 8 st

What is the purse for the Royal Hunt Cup?

Who is the leading jockey in the Royal Hunt Cup*?

Who is the leading trainer in the Royal Hunt Cup*?

Who won the Royal Hunt Cup?

You can check out our Royal Hunt Cup results page here to see a List of previous winners.