The Jersey Stakes is a Group 3 flat horse race in Great Britain open to three-year-old horses. It is run at Ascot over a distance of 7 furlongs (1,408 metres), and it takes place each year in June on the third day of Royal Ascot (Thursday).

MOLATHAM had excuses in the Autumn Stakes at Newmarket on his final start and the form of his listed win at Doncaster prior to that reads very well. He remains a very smart prospect and is narrowly preferred to King Leonidas, who looked a pattern performer in the making on his comeback at Newmarket. Monarch of Egypt, Celestin and Final Song also need considering back down in class.

The Jersey Stakes replaced the second leg of the Triennial Stakes in 1919, and was named after the 4th Earl of Jersey, who served as the Master of the Buckhounds in the late eighteenth century.

The race is now run on the final day of the five-day Royal Ascot meeting (Saturday). 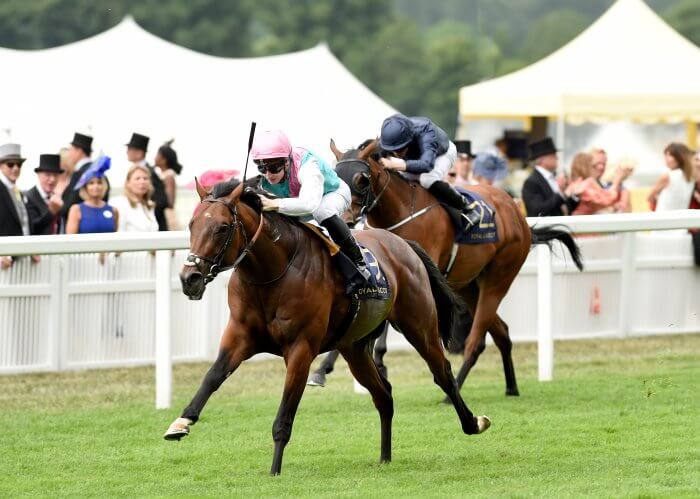 What distance is the Jersey Stakes?

What time is the Jersey Stakes?

What weights are carried in the Jersey Stakes?

What is the purse for the Jersey Stakes?

Who is the leading jockey in the Jersey Stakes*?

Who is the leading trainer in the Jersey Stakes*?

Who won the Jersey Stakes?

You can check out our Jersey Stakes results page here to see a List of previous winners.