The Hardwicke Stakes is a Group 2 contest held over one mile, three furlongs and 211 yards, on the penultimate day of Royal Ascot, which is traditionally held on the middle Saturday in June.

ANTHONY VAN DYCK made a highly encouraging return when keeping on well behind the impressive Ghaiyyath in the Coronation Cup at Newmarket, and a reproduction of that form will make him tough to beat here. Elarqam came of age in 2019 and has to be respected on his first try at this trip following a satisfactory return in the Brigadier Gerard, while the unexposed Hamish is a fascinating contender.

The race is open to horses aged four and up, with a 3 lb allowance for fillies and mares who take their chance.

The race was established in 1879, and was initially open to three-year-olds, with the last three-year-old winner of the Hardwicke Stakes being Helioscope in 1949. The event is named in honour of the 5th Earl of Hardwicke, who served as the Master of the Buckhounds in the 19th century.

The most successful horse in the history of the Hardwicke Stakes is Tristan, who was trained by Thomas Jennings and won three successive renewals of the race between 1882 and 1884.

The race is often seen as a pathway to the  King George VI and Queen Elizabeth Stakes, a Group 1 race which is held at Ascot the following month over the same trip. The last horse to win both races in the same year was the Sir Michael Stoute-trained Harbinger, in 2010.

The 2005 renewal of the Hardwicke Stakes, along with the rest of Royal Ascot that year, took place at York due to Ascot racecourse being renovated. 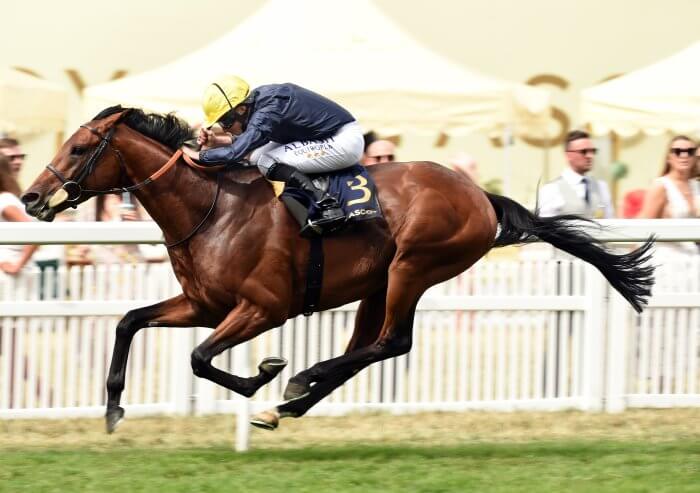 What distance is the Hardwicke Stakes?

What time is the Hardwicke Stakes?

What weights are carried in the Hardwicke Stakes?

What is the purse for the Hardwicke Stakes?

Who is the leading jockey in the Hardwicke Stakes*?

Lester Piggott and Pat Eddery, both with seven wins

Who is the leading trainer in the Hardwicke Stakes*?

Who won the Hardwicke Stakes?

You can check out our Hardwicke Stakes results page here to see a List of previous winners.