The Commonwealth Cup was added to Royal Ascot in 2015 – it is a Group 1 open to horses aged three years and run over 6 furlongs.

PIERRE LAPIN's half-brother Harry Angel finished runner-up in a hot renewal of this in 2017 and Roger Varian's exciting colt is taken to remain unbeaten given he seems sure to improve as a 3-y-o. Golden Horde brings a Group 1 placed effort to the table, while Kimari adds intrigue to the race.

A Group 1 over six furlongs, it is scheduled as the third race on day four of the meeting, which is the Friday, and provides three-year-old sprinters with an opportunity to race against their own age group at the highest level, instead of having to take on their elders in the Diamond Jubilee Stakes over the same course and distance. It is also the only Group 1 flat race in Great Britain exclusively for three-year-olds that allows geldings to compete.

So far, four different trainers and four different jockeys having added their names to the roll of honour. Sheikh Hamdan Al Maktoum has set himself apart from the other owners in the race, though. He won the inaugural renewal of the Commonwealth Cup with the Charlie Hills-trained Muhaarar in 2015, and added a second success courtesy of Eqtidaar, who beat 21 rivals – the biggest field yet for the race – when coming out on top for Sir Michael Stoute in 2018.

Quiet Reflection became the first filly to win the Commonwealth Cup in 2016, while the renewal won by Caravaggio 12 months later remains arguably the best in the race’s brief history. Admittedly, the Aidan O’Brien-trained winner failed to score again at the highest level, but the placed horses certainly did their bit for the form. The runner-up Harry Angel won both the July Cup and Sprint Cup later that season, while the third Blue Point proved better than ever when returning to Royal Ascot to win the King’s Stand Stakes in 2018. 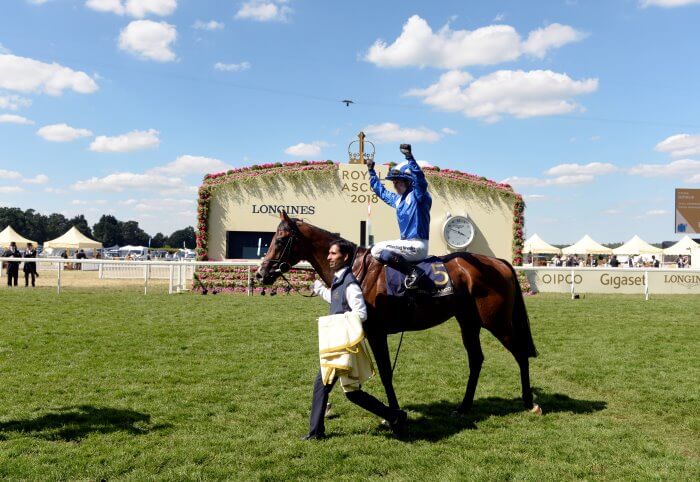 What distance is the Commonwealth Cup?

What time is the Commonwealth Cup?

What weights are carried in the Commonwealth Cup?

What is the purse for the Commonwealth Cup?

Who is the leading jockey in the Commonwealth Cup*?

Who is the leading trainer in the Commonwealth Cup*?

Who won the Commonwealth Cup?

You can check out our Commonwealth Cup results page here to see a List of previous winners.