The Albany Stakes is a Group 3 race run over six furlongs and open to two-year-old fillies. It is scheduled to take place each year in June, on the Friday of Royal Ascot.

Wesley Ward's FLYING ALETHA couldn't have been any more impressive when bolting up in her maiden at Gulfstream last month. The step up to 6f holds no fears, and she could be tough to pass if getting an easy time of things up front. Golden Melody, Mother Earth and Willabell are a trio of potential improvers who are likely to be in the mix for leading connections.

Established in 2002, the Albany Stakes originally held Listed status and was run as the Henry Carnavon Stakes. It was given its present title the following year and promoted to Group 3 status in 2005, when La Chunga provided the race’s leading jockey, Jamie Spencer, with the first of his four wins. Spencer has also won the race on Nijoom Dubai (2007), Samitar (2011) and Kiyoshi (2013).

Mick Channon trained both Nijoom Dubai and Samitar, and, having also won the race with Silca’s Gift in 2003, the former England footballer holds the distinction of being the most successful trainer in the history of the Albany. Samitar went on to win the following year’s Irish 1000 Guineas, demonstrating that the race is not just a source of precocious two-year-olds, but also one that produces horses who go on to enjoy successful three-year-old seasons.

The race has typically been dominated by British yards, but that has changed in more recent years. Aidan O’Brien became the first trainer based in Ireland to win the race courtesy of Brave Anna in 2016, while Matthieu Palussiere provided France with its first win in the race 12 months later, when Different League held off the challenge of Alpha Centauri to maintain her unbeaten record.

Although she was beaten in the Albany, Alpha Centauri is arguably the best horse ever to have run in the race. She went on to win four Group 1s as a three-year-old, with her most impressive performance coming when returning to the Royal meeting for the Coronation Stakes, which she won by six lengths. 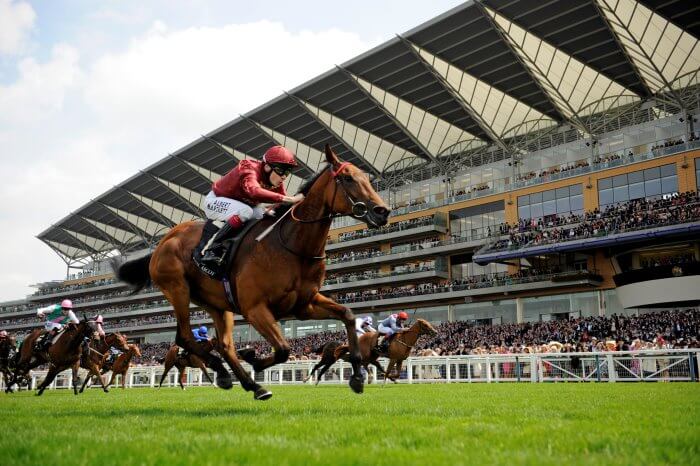 What distance is the Albany Stakes?

What time is the Albany Stakes?

What weights are carried in the Albany Stakes?

What is the purse for the Albany Stakes?

Who is the leading jockey in the Albany Stakes*?

Who is the leading trainer in the Albany Stakes*?

Who won the Albany Stakes?

You can check out our Albany Stakes results page here to see a List of previous winners.