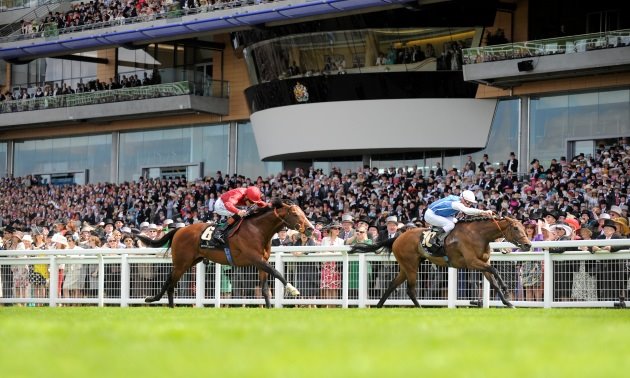 Tepin flew over from the US to win the opening race of the five-day extravaganza 12 months ago, holding off the high-class Belardo in determined fashion and recording her fifth victory at the highest level in doing so.

American Patriot has a long way to go if he is to match his compatriot's achivements, but showed himself to be a smart performer in his own right when winning a Grade 1 at Keeneland in April and left Pletcher contemplating an ambitious raid on the Royal meeting.

"We have put American Patriot in the Queen Anne Stakes and are seriously considering bring him over for the race," the trainer explained.

"The horse is in great form and came out of his win at Keeneland really, really well.

"We have been very pleased with the winter and spring he has had and it seems he is in career-best form at the moment.

"He has a nice turn of foot and a great disposition to go along with it, so we feel he is a good candidate to take a look at travelling over to England."

The US-trained challenge could also include Miss Temple City (Graham Motion USA), who may line up at her third Royal Ascot following a fourth in both the G1 Coronation Stakes in 2015 and last year's G2 Duke of Cambridge Stakes.

Last year's Queen Anne Stakes was won by a US-trained horse for the first time, when the mare Tepin was successful.

KEMPTON PARK 20:15
£28.97 Gary Moore's profit to a £1 level stake when having one runner at a flat meeting (saddles LADY MORPHEUS)
Tweets by @Timeform