The Wolferton Stakes is a Listed Flat horse race in Great Britain, with horses aged four-year-old and up able to enter.

FOX TAL was seen to good effect in the Champion Stakes here in October, but a fourth-placed finish in a Group 1 was another forward step and this lightly-raced 4-y-o holds leading claims. Regal Reality and Sir Dragonet are the other key form players, while Aloe Vera is the unknown quantity.

It is run at Ascot over a distance of 1 mile 1 furlong and 212 yards (2,004 metres), and is scheduled to take place each year in June on the first day of the Royal Ascot meeting (Tuesday).

The race was first staged in 2002 when Royal Ascot was extended to five days to celebrate the Golden Jubilee of Queen Elizabeth II. It was named after the village of Wolferton, which is near Sandringham House, and was initially named the Wolferton Rated Stakes.

In 2018 the race was moved to the opening day of Royal Ascot (Tuesday) and the handicap element was removed to comply with a recommendation that no handicap should carry Listed status, meaning it became a conventional Listed Race. Group 1 and 2 winners since the previous August are not allowed to enter in the race.

John Gosden is the most successful trainer in the races history, with Beachfire (2011), Gatewood (2012), Mahsoob (2015), and Monarchs Glen (2018) all tasting victory. The first two were partnered by William Buick, making him the leading jockey in the race with two wins. 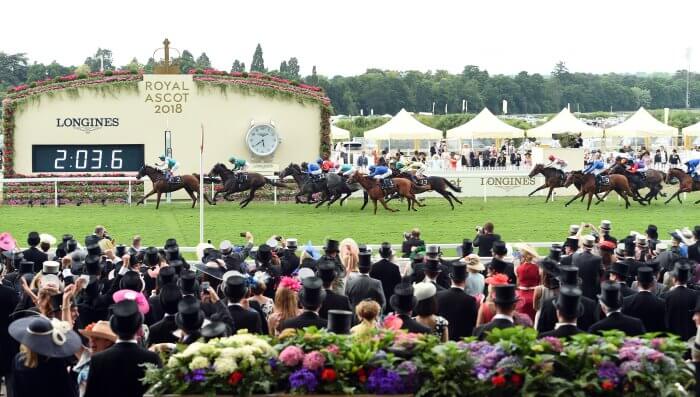 What distance is the Wolferton Stakes?

What time is the Wolferton Stakes?

What weights are carried in the Wolferton Stakes?

What is the purse for the Wolferton Stakes?

Who is the leading jockey in the Wolferton Stakes*?

Who is the leading trainer in the Wolferton Stakes*?

Who won the Wolferton Stakes?

You can check out our Wolferton Stakes results page here to see a List of previous winners.