The Queen Anne Stakes is a Group 1 race over a mile and is open to horses aged four years and older.

This looks a wide-open renewal with plenty to consider, headed by FOX CHAIRMAN, who was highly progressive in a light campaign as a 3-y-o and a strongly-run mile promises to suit. Terebellum is another fascinating contender dropped in trip having made an impressive winning return in the Dahlia Stakes at Newmarket, with last year's St James's Palace winner Circus Maximus also high on the shortlist.

The race is the curtain raiser on day one of Royal Ascot, and has been won by some of the best horses in recent years, most notably Goldikova, Canford Cliffs and Frankel to name but a few.

Established in 1840, during the early part of its history it was called The Trial Stakes, and was originally open to horses aged three years and older. Then in 1930, the race was renamed the Queen Anne Stakes, in honour of Queen Anne, the founder of Ascot Racecourse.

The race was upgraded to a Group 2 event in 1984, and then in 2003, it was given Group 1 status. It was Dubai Destination that won the first running as a Group 1 contest under Frankie Dettori.

It was also in the Queen Anne that Frankel put up his career-defining performance, his 11-length demolition of Excelebration in 2012 earning him a performance rating of 147, earning the highest Flat rating of any horse in Timeform’s history, surpassing Sea-Bird’s 1965 Arc rating by 2 lb.

Sir Gordon Richards, who was 21 when he won his first Queen Anne and 48 when he claimed his last, is one of the leading riders in the race with a total of six wins. That has since been matched by Frankie Dettori, who also keeps coming back for more, winning his first at 19 years of age and his last – to date – in 2007, at 36. 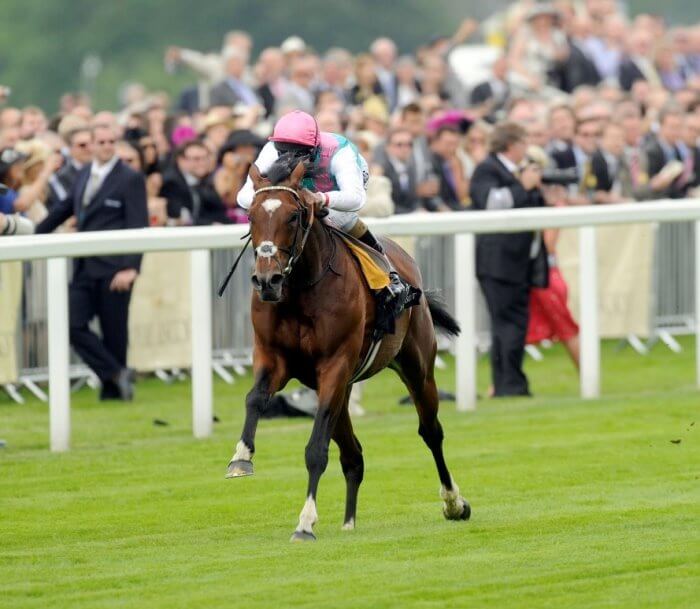 What distance is the Queen Anne Stakes?

What time is the Queen Anne Stakes?

What weights are carried in the Queen Anne Stakes?

9 st. Fillies get a 3 lb allowance, whereas Southern Hemisphere four-year-olds get 1 lb

What is the purse for the Queen Anne Stakes?

Who is the leading jockey in the Queen Anne Stakes*?

Sir Gordon Richards and Frankie Dettori, both with six wins

Who is the leading trainer in the Queen Anne Stakes*?

Who won the Queen Anne Stakes?

You can check out our Queen Anne Stakes results page here to see a List of previous winners.