The Prince of Wales’s Stakes – part of the British Champions Series – is a Group 1 race run over a mile and a quarter on Day Two of Royal Ascot, the Wednesday. The race is open to four-year-olds and upwards.

There is more to come from HEADMAN this year and he could offer a bit of value against Japan. He went from strength to strength last term and wasn't seen to best effect in the Irish Champion on his final start. There is a Group 1 in him for sure, as there are more in Juddmonte-winner Japan, who ran a cracker in the Arc when last seen. Lord North is on the up and could be set for a huge effort.

The Prince of Wales’s Stakes has existed in its current form since 1968 and was given Group 2 status when the pattern race system was introduced in 1971. It was promoted to a Group 1 in 2000, since when it has been open to older horses only.

The race is the most important middle-distance contest of the Royal meeting for older horses and is a chance to compete amongst themselves at Group 1 level before races like the Eclipse Stakes at Sandown and the Juddmonte International at York later in the summer, for which three-year-olds are also eligible.

The outstanding Dubai Millennium was an eight-length winner in 2000 on what proved to be his final start, while other notable winners include dual winner Mtoto in 1987 and 1988, former 1000 Guineas winner Bosra Sham in 1997 and former Oaks winner Ouija Board in 2006. Mtoto went on to win the King George VI & Queen Elizabeth Stakes back at Ascot after winning the Prince of Wales for the second time, as have several others since, including the 2018 winner Poet’s Word. 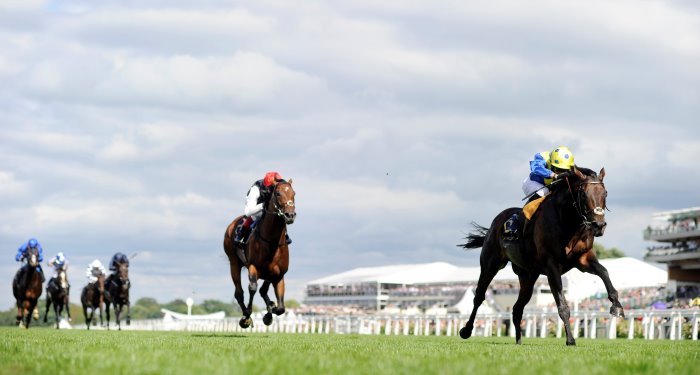 What distance is the Prince of Wales's Stakes?

What time is the Prince of Wales's Stakes?

What weights are carried in the Prince of Wales's Stakes?

What is the purse for the Prince of Wales's Stakes?

Who is the leading jockey in the Prince of Wales's Stakes*?

Who is the leading trainer in the Prince of Wales's Stakes*?

Who won the Prince of Wales's Stakes?

You can check out our Prince Of Wales's Stakes results page here to see a List of previous winners.