The King Edward VII Stakes is a Group 2 Flat race of roughly a mile and a half (1 mile, 3 furlongs and 211 yards), which is held on the first day (Tuesday) of Royal Ascot.

The tremendously well-bred MOGUL did everything right as a juvenile, signing off with an encouraging fourth behind the subsequent Guineas winner in November, and he's the type to come into his own now tackling middle distances. As such, he takes preference over stablemate Arthur's Kingdom, with the unbeaten Mohican Heights also difficult to rule out.

It is open exclusively to three-year-old colts and geldings, and being the same length as the Epsom Derby, often features runners from that race. It was even called the Ascot Derby when it was first established in 1834, before taking on its current title in 1926.

The Epsom Derby comes up quite early in a horse’s three-year-old season, and this race provides the more late-maturing types with an alternative – but still extremely valuable – midsummer target. That patient approach has certainly paid off with the likes of Nathaniel and Old Persian in recent years. The former won this race in 2011, before going on to win the King George VI and Queen Elizabeth Stakes on his next start, while 2018 winner Old Persian was last seen recording a first Group 1 success in the Dubai Sheema Classic at Meydan in March.

William Buick guided both Nathaniel and Old Persian to their wins in the King Edward VII Stakes, and having also won the race on Eagle Top (2014) and Permian (2017), he is tied with Frankie Dettori as the leading active jockey on four wins. Dettori recorded his first success on subsequent St Leger winner Mutafaweq in 1999, before adding to his tally this century with Campanologist in 2008, Monterosso in 2010 and Across The Stars in 2016. 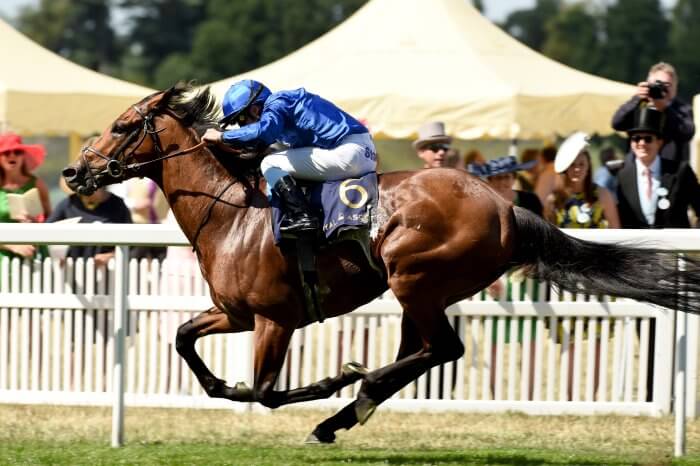 What distance is the King Edward VII Stakes?

What time is the King Edward VII Stakes?

What weights are carried in the King Edward VII Stakes?

What is the purse for the King Edward VII Stakes?

Who is the leading jockey in the King Edward VII Stakes*?

Of those still riding, Frankie Dettori and William Buick are tied for the most wins with four apiece

Who is the leading trainer in the King Edward VII Stakes*?

The leading active trainer is Sir Michael Stoute, who has won the race seven times

You can check out our King Edward VII Stakes results page here to see a List of previous winners.