The Gold Cup is a Group 1 Flat race held on the third day of Royal Ascot (Thursday), over a distance of roughly two and a half miles, and is open to horses of four years and older.

It's hard to see past STRADIVARIUS as he bids to become only the third three-time winner of this race. His reappearance run at Newmarket over a much shorter trip suggests he retains all his ability and he can confirm last year's superiority over Cross Counter. Nayef Road could have more to come at this trip and may prove best of the rest.

With a purse of £500,000, £283,550 of that going to winning connections, it is the feature race on the Thursday card, and the premier stayers’ race of the UK Flat calendar.

At around a quarter of a mile longer than any other UK pattern race, it represents an extreme test of stamina, and is the first leg of the Stayers’ Triple Crown, followed by the Goodwood Cup (Group 1, 2m) and the Doncaster Cup (Group 2, 2m 2f).

The race has been run annually for over 200 years, having been established in 1807, though it was originally open to horses of three years and older. It has almost always been known as the ‘Ascot Gold Cup’, but in fact ‘Ascot’ does not appear in the race’s official name. 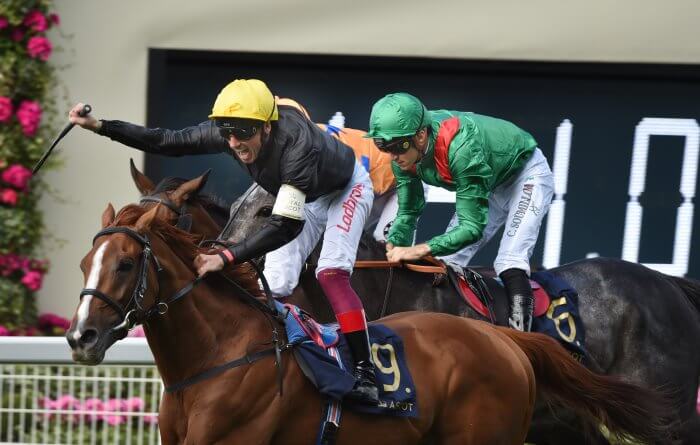 What distance is the Gold Cup?

What time is the Gold Cup?

What weights are carried in the Gold Cup?

What is the purse for the Gold Cup?

Who is the leading jockey in the Gold Cup*?

Who is the leading trainer in the Gold Cup*?

Who won the Gold Cup?

You can check out our Gold Cup results page here to see a List of previous winners.