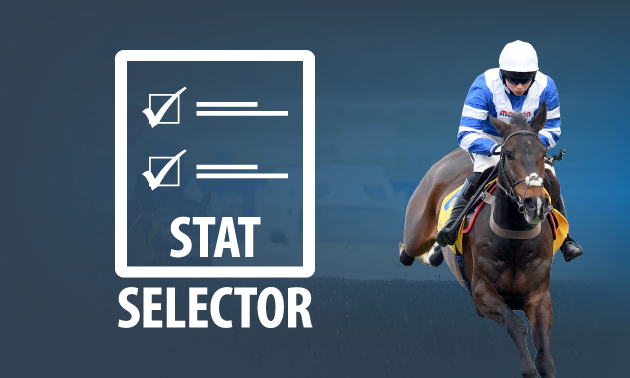 Get the most interesting trends and statistics from today's horse racing with the free Stat Selector.

Brian Hughes tends to operate at a strike rate around the 19% mark but that increases to an impressive 24% at Musselburgh, a sharp, speed-favouring track where jockeyship is important. Hughes has a strong book of rides this afternoon and has good claims on Masked Crusader. Winning pointer Masked Crusader failed to meet expectations on his chasing debut at Catterick last month but he may have needed the run and he appears to be on a handy mark based on his win in a novice hurdle at Carlisle last season.

Smart Stat: 3 - Rose Dobbin's number of winners in the past seven runnings

Rose Dobbin has won three of the last seven runnings of this handicap chase and has another interesting representative this time around in the shape of Get With It. Get With It failed to justify support at Newcastle last month but it's easy enough to overlook that effort as he was unsuited by dropping in trip in a race run at a steady gallop. He'd been progressing gradually prior to that and will be suited by stepping back up to a trip around three miles.

Mick Appleby has an extraordinary level-stake profit with horses running in first-time headgear so it's interesting that he has elected to fit Richard R H B with cheekpieces. Richard R H B has made a promising start since joining Appleby from David Loughnane, finishing placed on all three outings, and connections will be hoping that the application of headgear can bring about a bigger effort.