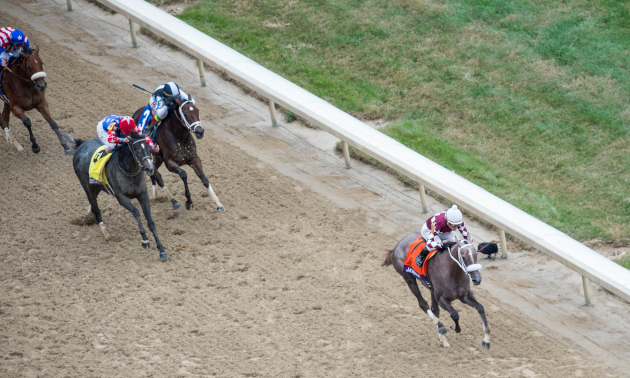 Timeform pick out the three best bets at Woodbine on Sunday.

Priceless Will finished first past the post in a similar event here last month, but he was subsequently disqualified and placed third for causing interference. That means he is still a maiden after eight starts, but he looks to hold sound claims of finally putting that right if building on his latest effort. Windchill Zar, who takes a drop in class here, and Birchmount Rd are feared most of the remainder.

Nakamura rates the likeliest winner in what is a weak renewal of this Grade 1. He has been knocking on the door at a lower lower in recent starts and probably wouldn't need to improve much on that form to make the breakthrough here. Admiralty Pier is another with claims if staying this markedly longer trip (raced mostly at 1m). Count Again and Jungle Fighter can battle it out for the minor honours.

Kanthaka is a smart sprinter on his day, as he showed when beaten only narrowly in the Grade 1 Jaipur Stakes at Belmont in June. He comfortably sets the standard on that form and looks sure to take plenty of beating if bouncing back from a below-par effort at Kentucky Downs last time. Silent Poet is a big danger despite having to concede weight to the selection.