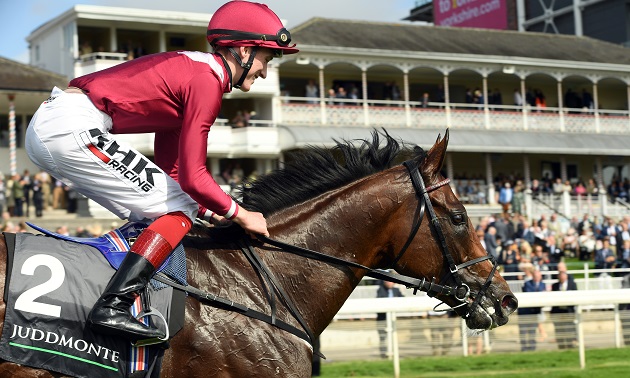 William Buick is likely to team up with Mishriff for the first time in Sunday’s Prix de l’Arc de Triomphe at ParisLongchamp.

The John and Thady Gosden-trained Mishriff was last seen finishing fourth in the Irish Champion Stakes on heavy ground at Leopardstown, with Colin Keane doing the steering on that occasion.

Prior to that he was second and third in the Juddmonte International and the King George VI and Queen Elizabeth Stakes respectively, with James Doyle the jockey on board during each of those performances.

Formerly the retained ride of David Egan, who was in the employ of owner Prince Faisal earlier in the season, Mishriff will have another new pilot in Buick.

The duo will take their place in a large-field, open-looking Arc that could be run on testing ground as significant rainfall is expected in Paris.

“He’s in good order and I think William Buick will be riding him,” Gosden senior told Sky Sports Racing.

“The ground was sticky and holding in Ireland and he wasn’t in love with that, but he was doing his best work at the end.

“He got a little bit out of it, he has won over a mile and a half, he’s won a Prix du Jockey Club, he’s won on soft ground.

“I’m perfectly aware of the quality of the race but it doesn’t have an outstanding star in it, to that extent a lot of people have been tempted.

“He’s run on dirt, on soft turf, on heavy turf as a two-year-old at Nottingham, and firm ground and sand tracks.

“He’s a very versatile horse and all being well, he’ll be going to stud in France at the end of the season.”