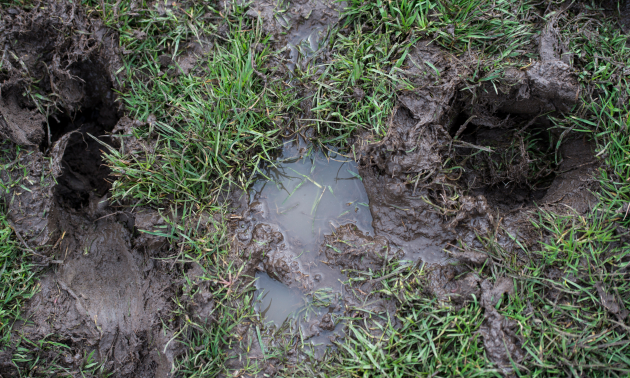 There will be no jumps racing in the UK for a second successive day after Wednesday’s meetings at Wincanton and Catterick were both abandoned.

With Kelso and Leicester’s Tuesday fixtures called off, jumping fans have been starved of action this week.

Wincanton initially inspected at 8am on Tuesday but pushed that back to 4pm as the course showed signs of improvement after a heavy covering of snow which arrived on Sunday.

However, the problem then was that thawing snow left areas of the track waterlogged.

“We held an inspection at 8am and couldn’t pass it due to a lot of snow lying, so decided to go again at 4pm,” said clerk of the course Daniel Cooper.

“We thought we’d be OK – but what has happened is the thaw has created standing water across the track, and the vulnerable areas have quite a lot. Even the areas that tend to be OK are slushy, and we can’t get through that.

“What caused the abandonment is the storing of the snow, and the snow has stayed with us a lot longer than thought. We’ve had everything thrown at us this winter.”

At Catterick, the thaw did not arrive in time – and the fixture was abandoned after a 3pm inspection.

A Tweet on the track’s official account read: “Unfortunately tomorrow’s card has been abandoned. Following 4 nights of hard frost and no improvement in conditions today the forecast slow rise in temperatures gives insufficient time for the track to be raceable.”

British jumps racing is scheduled to resume at Fakenham and Wetherby on Thursday.

But the West Yorkshire track must pass an initial inspection at 9am on Wednesday to assess the thawing of frozen areas of waterlogging in the back straight.