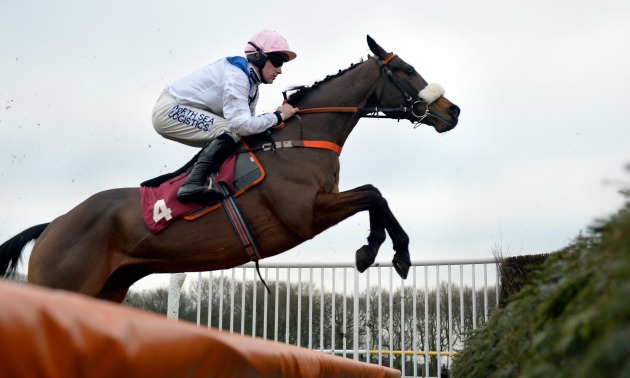 Waiting Patiently is on target to make his seasonal reappearance in the King George VI Chase at Kempton on Boxing Day.

The Grade One-winning seven-year-old missed the Cheltenham Festival in favour of a race at the Grand National meeting last season, but an injury setback prevented him from running at Aintree.

The same injury has delayed his return to training, with trainer Ruth Jefferson aiming to take him to Kempton first time out.

Waiting Patiently wins a sensational @Ascot Chase under a brilliant ride from Brian Hughes, and how about that for an effort from Cue Card in second...what a race.

"The King George is the main target at the moment, but if we don't make it we could always drop back to two miles and he'll run in the Clarence House. He'll have an entry in Ireland as well. It's all ground dependent as well," owner Richard Collins told At The Races.

"He summered very well, we've taken our time with him to get him freshened up. We've picked him up the last week or so, but being ground dependent, we'll take it one step at a time.

"I was always in a rush to get him over fences as I always thought he was more of a chaser than a hurdler. You can run them too often over hurdles and they can develop bad habits. He was always a natural chaser, but we've always known he wanted cut in the ground.

"I couldn't say I thought he'd be a 170 (rated) horse, you never think they'll get that high but it's fantastic that he is that high."