Trevor Hemmings dies at the age of 86 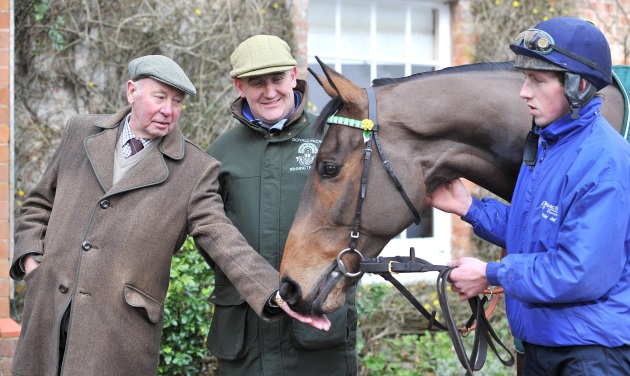 Trevor Hemmings, one of jump racing’s greatest supporters and the owner of three Grand National winners, has died at the age of 86.

Famed for his big-race victories in his famous yellow, green and white colours, Hemmings was also the owner of Preston North End Football club, buying the then financially-troubled Lancashire outfit in 2010.

A statement from the club on Monday night read: “Preston North End Football Club can sadly confirm the devastating news that its owner Trevor Hemmings CVO has passed away this evening 11th October 2021.

“A further statement will be made in the coming days but in the meantime his family would ask that their privacy be respected at this difficult time.”

Hemmings first won the National in 2005 with the Willie Mullins-trained Hedgehunter, before Donald McCain’s Ballabriggs added a second Aintree triumph in 2011 and Many Clouds ran out victorious in 2015.

Trabolgan was a Hennessy Gold Cup winner for Hemmings, with other popular names to carry his colours including The Last Fling and Albertas Run.

A tribute from Aintree racecourse on Twitter read: “Desperately sad news to hear of the passing of three-times Grand National winning owner and true friend of Aintree and @TheJockeyClub, Trevor Hemmings. He will be sorely missed.

“Our thoughts go out to his family and friends at this difficult time.”