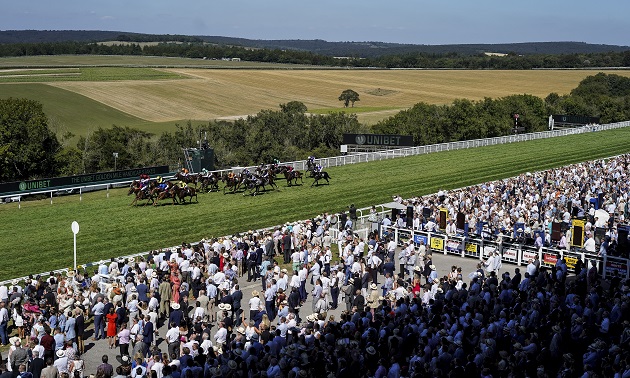 Treacherous came from the rear of the field to win for the third time from his last four starts in the Stewards’ Sprint Handicap at Goodwood.

One of those two wins came over this course and distance and Ed de Giles’ six-year-old repeated the trick with a cosy success.

The 3-1 favourite Rewaayat was well away and soon setting the pace with Tommy G close up on the far side.

The field started to merge from over two furlongs out and the complexion of the race changed.

As Rewaayat’s run started to fade, Treacherous (7-1) came through under Harry Bentley and went on to take the consolation race for the Stewards’ Cup by a length and three-quarters. Dream Today was second despite lunging forward coming out of the stalls and almost unseating his rider Saffie Osborne.

The Lamplighter was half a length away in third place, with Rewaayat a short head back in fourth.

Bentley said: “He’s done it well, we were probably drawn on the wrong side – all the pace ended up on the stands side which I thought would be the case and I was just always searching for cover.

“I ended up having to take him down the centre of the course and I probably hit the line sooner than I wanted and he ran around in front, but he had the class to get him through. He’s a very good horse.

“Ed has campaigned him really well and he felt tip-top today.”

Bentley completed a quick double on Hochfeld for Mark Johnston in the Unibet Summer Handicap.

He produced the six-year-old to challenge after Quloob set the pace from Platitude and King’s Advice.

Hochfeld (15-2) hit the front in the final furlong and proved half a length too strong for Shailene, who made her run on the far rail. Indianapolis was two and a quarter lengths away in third.

“Give credit to the horse. He’s very game, as all Mark Johnston’s horses seem to be. He kept pulling out more,” said Bentley, taking his tally at the five-day meeting to four.

“I was always comfortable where I was in the race. There was a good clip and I was happy to sit slightly off the pace and hopefully pick up the pieces late, which we did.”