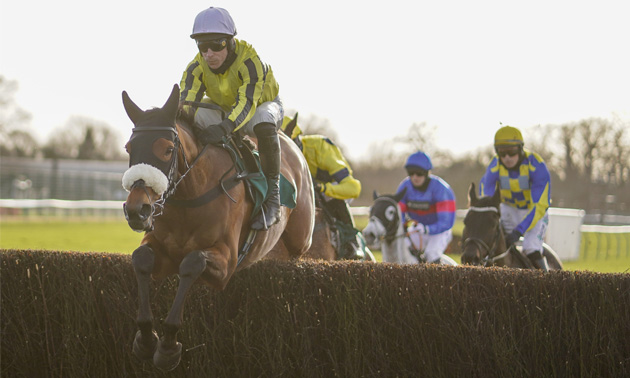 Every week, we’re using Timeform Race Passes to pick a Placepot for the headline card. Get our tips for Sunday's Scottish Grand National Day at Ayr.

To make our Placepot selections – available below – we’ve used the Timeform ratings, Flags, Pace Map, Analyst Verdict and form archives – all of which you can access with Timeform Race Passes. Not a subscriber? Try it out with our Free Daily Race Pass which is of course the Scottish Grand National, due off at 15:35.

BANKER LEG: Just the six set to lineup for this at the time of writing, and it’s difficult to look beyond the progressive KING D'ARGENT, who represents the red-hot Skelton team. A winner of his last two starts, he sets the standard here on our weight-adjusted ratings, sitting 3lb clear of his nearest rival, and there may well be room for further improvement still in his locker. We'll keep him onside in the opening contest on the card, and we're confident he'll run a nice race again.

Plenty in with a chance here, with a handful of horses coming into this contest off the back of a victory. That said, the one who we are sweet on is the Christian Williams-trained FIVE STAR GETAWAY. Flagging as a 'Horse in Focus' he's done nothing but improve on his starts this season, winning his last three on the bounce in good style, and there could still be a bigger performance in the son of Getaway. That view is highlighted by the addition of the Timeform small 'p' attached to his rating, and it would be something of a surprise if he weren't involved at the business end of the race.

One worth keeping on side at a bigger price is ADMIRAL BARRATRY. He has improved over fences this season, winning at Fakenham before a solid second at that venue when trying to give over a stone to a subsequent winner, with the front pair pulling well clear of the rest. Something clearly wasn't right at Sandown last time and he's not one to give up on yet.

THYME WHITE has contested some of the best 2m Handicap Hurdles of the season and although he was well held at Cheltenham last time, this good ground and sharp track should be much more to this strong traveling sorts liking. He remains open to improvement aged just five and should go close for soon to be champion trainer, Paul Nicholls.

Milkwood looks to be on a good mark but he had a hard race at Cheltenham and looks a favourite worth opposing. One that has definitely been overlooked by the early market is GLORY AND FORTUNE for Tom Lacey. He gave the now 156-rated Buzz a race in a novice hurdle at Doncaster last February with the pair well clear of the third, and he could be well treated on that effort from his current mark of 130. He found the Betfair Hurdle too much on his return to hurdles but ran an encouraging race at Stratford last time, run down late on by a next-time-out winner having raced freely and wide throughout. This is just his third start in a handicap over hurdles and he remains unexposed in this sphere.

Allmankind has taken extremely well to chasing and did all he could behind the monster that is Shishkin in the Arkle, but the concern here is whether he can run to his best over an extra half mile. If he can, then he’ll obviously set a high standard, but TAMAROC DU MATHAN is developing into a classy chaser himself, and this trip/ground are ideal for him. The fact that he skipped Cheltenham and has had a light season overall is also in his favour, and there's very little between him and the favourite.

On to the big one, and we’ll chance two at decent prices.

Ireland’s domination over their British counterparts has been well documented since the 23-5 drubbing at Cheltenham, and it’s ironic that Vintage Clouds, one of the few winners for the home team, is now a non-runner for this race. Without getting into the debate on why that might be the case, it’s apparent the British handicappers seem to have treated visiting horses leniently, and tomorrow’s sole Irish entry, MISTER FOGPATCHES could be another one. Whilst he arrives 1lb out of the handicap, he runs off a mark of 129 – consequently just 4lb higher than when 4th of 14 on his last outing, which looks strong form given the presence of the subsequent winner of the Topham as well as the 4th there, and a couple more subsequent winners in behind. He doesn’t have much to find on the principals on Timeform ratings, aged just 8, goes well on good ground, and has been the subject of some support in the last day or so.

Whilst Dingo Dollar looks a strong candidate for in-form Scottish yard Sandy Thomson, top on Timeform ratings, Thomson enters another much lower down the weights that could be going under the radar, THE FERRY MASTER currently at around 14/1. The pace looks an even one and this progressive gelding should be right up there, having done very little wrong this season. As the comment for his previous 4th place reads, “had been off for 12 weeks since Newcastle and didn't run so well, the absence, shorter trip and more testing ground all possible factors when assessing whether he'll be back to form next time”. He’s had a month shorter lay-off for this, and given he has already won twice over 3m on good and gd/sft, it’s easy to see the lightly-raced 8yo step it up again and go close.

ASHINGTON won twice as a novice for John Quinn and got off the mark for Brian Ellison at Sedgefield 24 days ago. His runner-up effort in the Scottish County Hurdle last year stands out as a good piece of form and a repeat of that should see him go very close here.

Saturday 08 May Go to full race