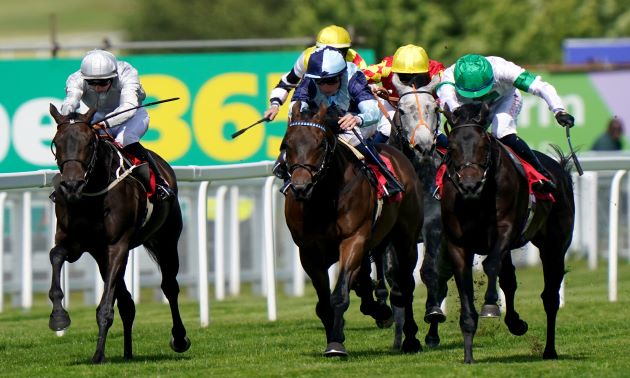 Every week, we’re using Timeform Race Passes to pick a Placepot for the headline card. Get our tips and best bets for Saturday's action at Sandown, on Coral-Eclipse day.

To make our Placepot selections – available below – we’ve used the Timeform ratings, Flags, Pace Map, Analyst Verdict and form archives – all of which you can access with Timeform Race Passes. Not a subscriber? Try it out with our Free Daily Race Pass, which is the feature race of the day, the (Group 1) Coral-Eclipse at Sandown, due off at 15:35.

EQUILATERAL sets a good standard here if the race doesn’t come too soon after his solid effort at Royal Ascot 18 days ago. He was in top form in Meydan last year, winning a handicap off a mark of 110 before landing a Group 2 and he returned at the royal meeting after over a year off through injury with a good fifth in the Group 1 King’s Stand, form which would be good enough to win this. There is the potential bounce factor with two races in quick succession after a long time off, but the risk looks worth taking.

A field of 10 set to lineup for this 1m handicap and we're keen on the chances of the progressive LION TOWER. Grant Tuer's 5-year-old gained a deserved success at York when dropping back to 7 furlongs, capping a fine run of consistent efforts. Stepping back up to a mile here isn't a concern, and he seems sure to go close again for for a yard who have sent out 4 winners from their last 14 runners.

From a ratings perspective, he has 4lb to find on our weight-adjusted ratings with the top-rated Sinjaari, though it's unclear whether or not the return to a mile run at a steady gallop will suit the latter in this, who has shown his better form over further. A quick glance at the Timeform Pace Map shows there is a 'weak pace' anticipated, and given that Lion Tower is likely to be ridden up on the front-end, he should be well positioned to make his effort. We're hopeful he can make a bold bid to make it two wins on the spin, and keep the ball rolling for us on Coral-Eclipse day.

Given how dominant she was in the Sandringham two weeks ago, scything through the 28-runner field in the manner of a pattern performer, it’s almost a surprise to see HEREDIA odds-against (11/8 time of writing), but seemingly she won’t be quite so popular a choice as one might assume. Perhaps it’s because this presents such a different test to that busy, straight-course scenario that the market isn’t quite seeing this as her race to lose, but on adjusted ratings she’s got more than a stone of leeway when it comes to making the places here, and given she's expected to improve further, she looks like a banker.

This promises to be a fantastic renewal of Sandown's Group-1 feature, the Coral-Eclipse. A case can be made for each of the six lining up, with the supplemented Vadeni set to be sent off favourite for this. Jean-Claude Rouget's charge looks sure to make his presence felt following a five length triumph in the French Derby, whilst Sir Michael Stoute's Bay Bridge had his winning run brought to an end at Royal Ascot, but he certainly has the ability to go close in this, though he may be better suited with some ease in the ground. Top on the Timeform ratings by 3lb, Mishriff's chances clearly shouldn't be written off either, though this is a tough ask for him to make his seasonal return, with his most recent run coming back in February, whilst he wasn't seen to best effect in this race last year. 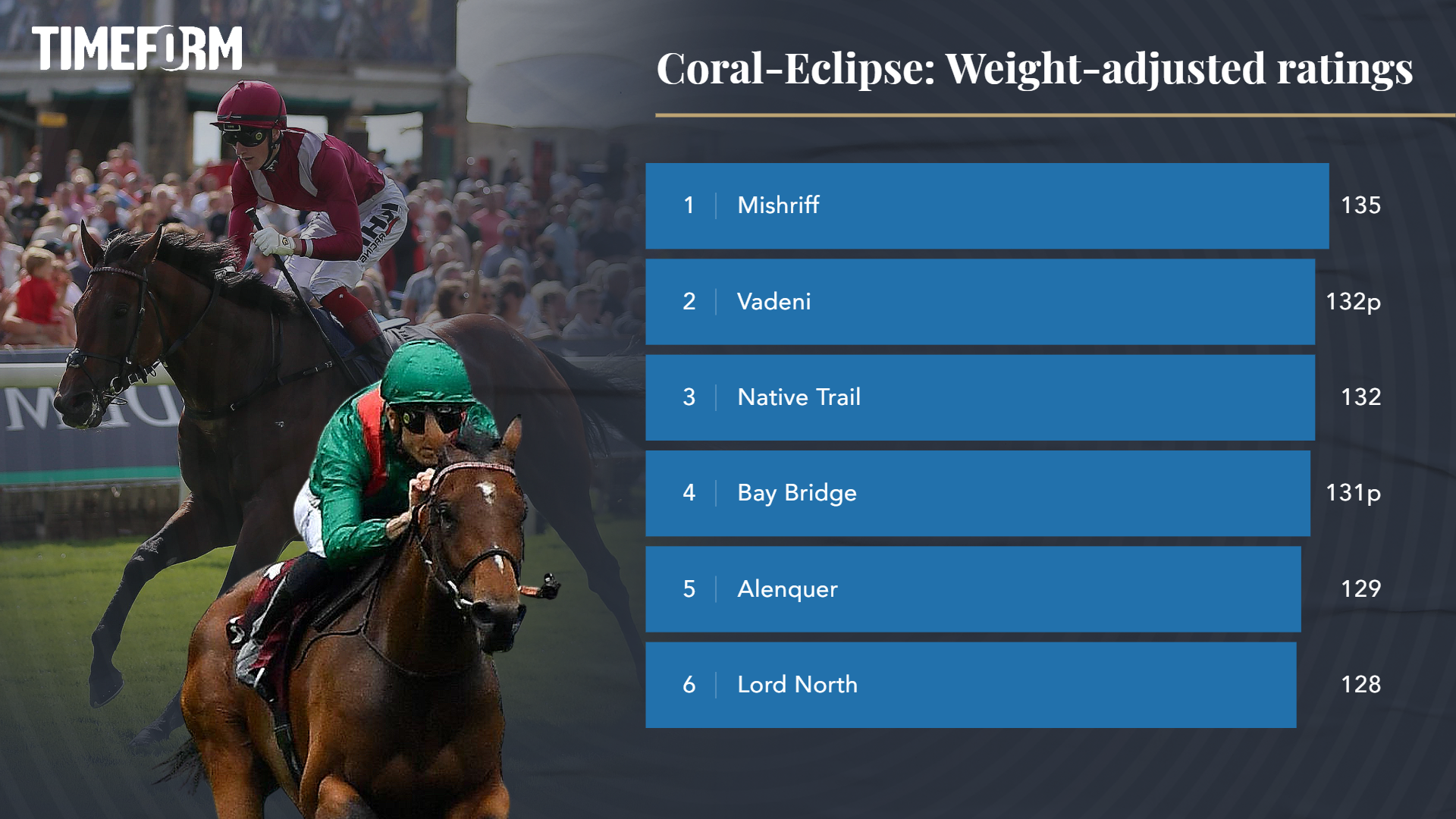 The selection then: with two places up for grabs, and with the nature of how this race looks like it may play out from a pace point of view, we're drawn towards the front-running ALENQUER for the Tom Marquand and William Haggas team. That jockey/trainer combination have been in sparkling form over the past couple of months, most recently securing a four-timer at Haydock together earlier in the week.

Alenquer heads into this in great form, having struck at the top-level for the first time in the Tattersalls Gold Cup at the Curragh when last in action back in May. It's worth noting that the form of that win has received a significant boost since, with the third, State Of Rest subsequently landing the St James's Palace Stakes, and Broome, fifth at the Curragh, also striking in the Hardwicke. That said, the main angle we're approaching this from is that the race seems likely to be run to suit the William Haggas-trained 4-year-old, and we're happy to take a chance on him dictating from the outset under a positive Marquand ride, with a 'Very weak pace' anticipated. 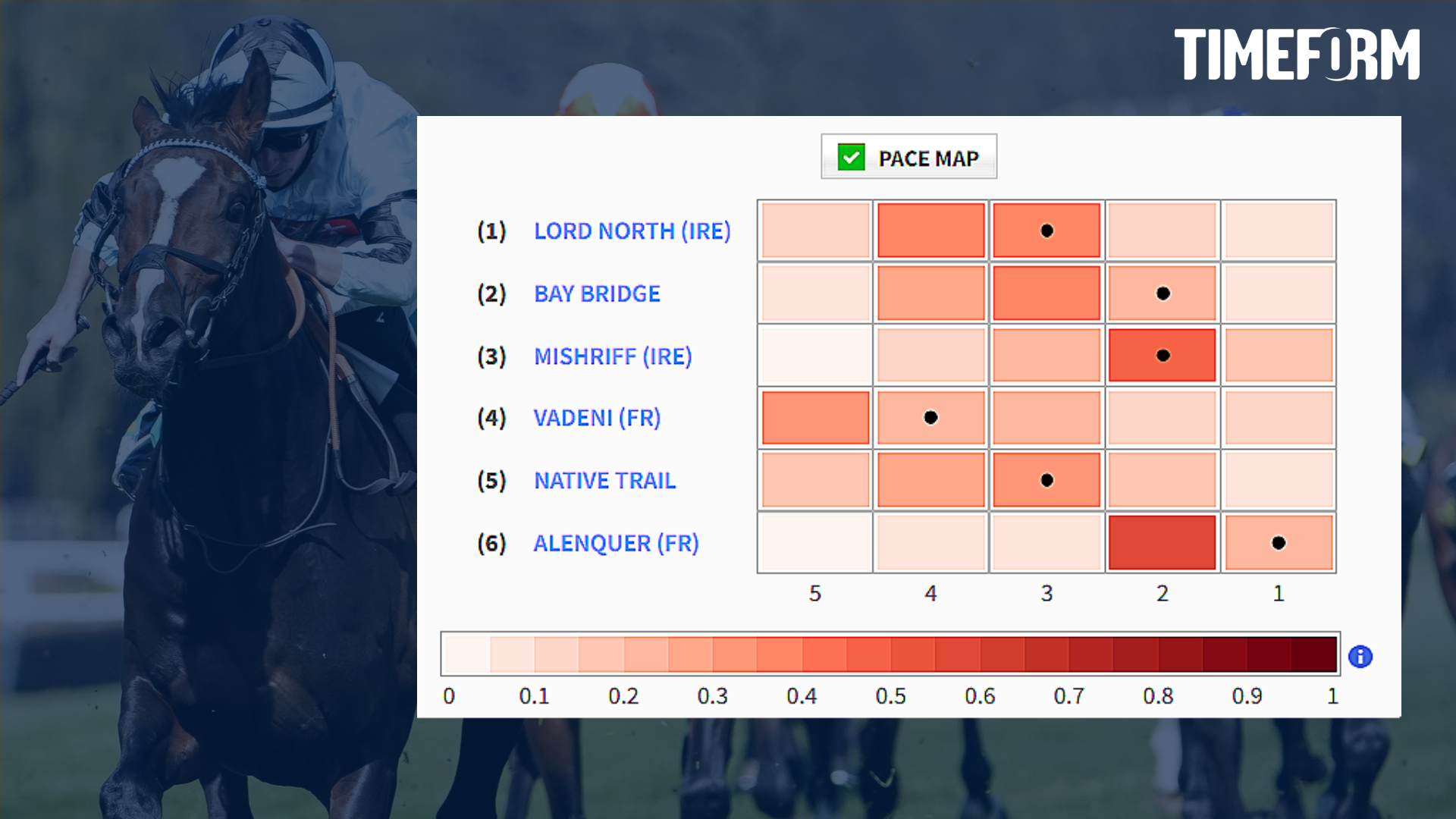 An awkward 15-runner handicap, so we’re going to add a couple to the perm here, and look to the Statistics Hub for some inspiration.

If we search races of between 7.5f and 12.5f at Sandown (effectively all races between 1m and 1m2f, here) over the last five seasons, then it’s Saeed bin Suroor with the stand-out record amongst this set of trainers, boasting a run-to-form rate of 77% from 22 runners, and 75% if we limit the search to handicaps.

Looking at this race, the forecast unrelenting pace looks unlikely to suit those in the van, but as our course guide mentions, “jockeys often save something for the finish and it's a course where it pays to be not too far back on the turn for home”. That should help bring out the best in ELECTRICAL STORM, who’s normally raced just behind the leaders. He’s been raised 9lb for a ready win last time, but bearing in mind that followed a 551-day break, it’s not hard to see this son of Dubawi improving for the run. As that race comment reads, he’s “low mileage for his age, and at this sort of trip in particular, so may have more to come”.

Jockey-wise: Silvestre De Sousa edges it of these, Ryan Moore a close second, but the relative prices of their rides, the 'Horse For Course +' Flag of Moore’s and the 'Hot Trainer' Flag of the Johnston yard tip the balance towards FOREST FALCON. He usually leads but there’s arguably no more versatile or a jockey in the game as Ryan Moore, and we’re confident in him giving his mount the best possible chance whatever that entails. The horse will have to defy top weight and a 6lb rise from his last win, but he was dominant in a race that looks like strong form, and is fancied to go well at a track and trip that should play to his strengths.

The top-weight PICUAL is hard to look past here. A well-bred Juddmonte filly trained by Sir Michael Stoute and ridden by Ryan Moore, she is bound to prove a popular selection, but her claims are strong arriving on the back of an impressive win at Nottingham, where she missed the break but still managed to come from last to score with a bit in hand. A 4 lb rise for that looks more than fair and she has the potential to be better than this grade.

At a bigger price, WOLSEY is interesting on his first start for Kevin Philippart de Foy who does well with new recruits. Formally with Andrew Balding, the son of Kitten’s Joy came second on debut here at Sandown behind the subsequent Group 3 winner and Group 1 placed Goldspur, but he failed to really kick on from that promising start. He’s now been gelded and if that and the stable switch can spark a revival, a mark of 75 could end up looking very generous.