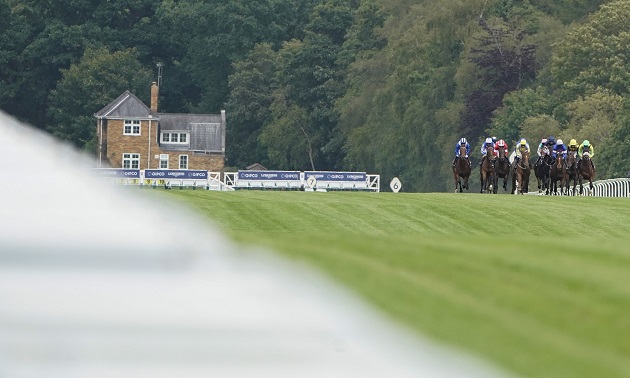 Every week, we’re using Timeform Race Passes to pick a Placepot for the headline card. Get our tips for Day Five of Royal Ascot 2021 on Saturday.

To make our Placepot selections – available below – we’ve used the Timeform ratings, Flags, Pace Map, Analyst Verdict and form archives – all of which you can access with Timeform Race Passes. Not a subscriber? Try it out with our Free Daily Race Pass, which is the (Group 1) Diamond Jubilee Stakes at Royal Ascot, due off at 16:20.

Aidan O’Brien has a cracking recent record in the Chesham, winning it three times in the last five years, so his sole representative Point Lonsdale looks the obvious place to start, but his current odds of 5/4 make little appeal and we’re going to look to the left-field for our selection in the Saturday opener.

First up we're going to include NEW SCIENCE in our two selections for the Chesham. Representing the in-form Charlie Appleby yard, he created a great impression when winning on debut at Yarmouth, a performance worthy of the Timeform Large 'P' being attached to his rating. The son of Lope De Vega does have 9lb to find on the likely favourite, but he's expected to improve plenty for that first run, and he can serve it up to Aidan O'Brien's charge.

One at a bigger price, WITHERING was sent off at 50/1 for his debut at Lingfield but made a very promising start to his racing career nonetheless. He took a while to get the hang of things, but once the penny dropped he thundered home between horses and just failed to win, with his closing sectionals earning him the Sectional Flag. He obviously has to improve on that effort but he can be expected to do so on just his second start, and he can be expected to come home strongly on the Ascot straight course, which should suit much better than Lingfield.

A cracking renewal of the Jersey in which Charlie Appleby looks to hold a strong hand, Creative Force and Naval Crown setting a good standard, but it’s the other Godolphin runner we’re going to take a chance on at a much bigger price.

STORM DAMAGE comes here on the back of his winning debut at Kempton, form some way short of the horses at the head of the market, but he looked something out of the ordinary there with a power-packed debut performance. Racing wide throughout, he tanked along before forging clear and his performance was good on the clock, too. He’s by Night Of Thunder who’s progeny tend to go well with cut in the ground, so Friday’s forecast rain holds no fears, and he looks to be drawn well in stall 9 surrounded by plenty of pace to aim at. He can outrun his odds.

Next up we have the Hardwicke Stakes, a race won by Sir Michael Stoute on a remarkable eleven ocassions, and he has Highest Ground representing him this time around. The one we're going to take a punt on however is William Haggas' progressive ILARAAB, who has gone from strength to strength this campaign, and has certainly earned this crack at a Group 2 prize. Highlighted as a 'Horse in Focus', Ilaraab has won his last six starts in a row, and is still open to further improvement, as the Timeform small 'p' attached to his rating denotes. Stepping up in grade, he ticks plenty of boxes, particularly that he handles soft ground and has just 5lb to find on our weight-adjusted ratings, so we're hopeful of a bold effort from him as he steps in to pattern company.

On to the day's feature now, and this looks a cracking renewal if all the leading contenders line up for it on Saturday afternoon, including Dream Of Dreams who was narrowly edged out 12 months ago. From a ratings perspective, it's Ed Walker's Starman who tops our ratings, and looks a sprinter going places, though his only defeat to date came in this last year, and with similar conditions likely for this year's race which may yet rule him out altogether, we're keen to take him on.

The one we're going to opt for is the British Champion Sprint Stakes winner GLEN SHIEL. Hollie Doyle landed her first ever Group 1 victory on him at this course on Champions Day back in October, accounting for the two market principles that day, and she will be looking to bag her first Royal Ascot Group 1 triumph on him too. Deploying typical front-running tactics should enhance his chances here, at a track where positive tactics are often advantageous, and he doesn't have a great deal to find on ratings.

King’s Lynn could be thrown in here off 100 after his luckless run in the Group 1 King’s Stand Stakes on Tuesday where we think he would have placed at the very least granted a clear run. However, this big field handicap is a completely different ball game and we’re going to look elsewhere for a bit of value, with three selections in the race.

TIS MARVELLOUS is an Ascot specialist, finishing fourth behind Battaash in last year’s King’s Stand and second in this behind Cape Byron two years ago, and he goes off the same mark as his 2019 effort here. His last run looks a strong bit of form too, finishing two lengths behind King’s Lynn at Newbury who boosted that form on Tuesday, and he gets a handy pull at the weights with that rival here. His draw in 6 could potentially be better, but you can expect him to be flashing home late and fast under Derby-winning jockey Adam Kirby.

Another who has a decent record from his trips to Ascot is the James Fanshawe-trained FRESH. A quick glance at the Timeform Race Pass for the Wokingham flags him up as 'Horse for Course Positive', and he got back to winning ways here last time out, weaving his way through in good style to land an 18-runner Handicap. Fresh shouldn't be too inconvenienced by the soft ground, having won on good to soft previously, though very testing conditions do remain an unknown with this son of Bated Breath.

We’ve had two who meet criteria on Flags and form, and for our third and final selection we’ll consider how the race is likely to pan out, and who looks set to benefit. The Pace Forecast reads ‘Extreme’ and with at least two more likely to have been sat in midfield already taken out, that view can only be consolidated. It’s clear looking at the Pace Map that those drawn low and down the centre are likely to make the running, and it’s possible those drawn stands-side will be left better-placed as a result. The going must be taken into account also and one who’s shown himself game in all conditions is the veteran MR LUPTON, drawn 28. He looks well-handicapped on his best form, up only 4lbs for a win at York, and another race run to benefit those held up can see him in a good light yet again.

With so many to attempt to rule out here, we’ll take the same tack as for the preceding selection and find a less-popular pick who looks likely to have the run of the race.

However, given the predicted strong pace at a trip and track where hold-up horses generally have an advantage anyway, and the general bias at this distance towards those drawn high, the eye is drawn strongly to ALFAADHEL – not least as he carries the Horse In Focus and Sectional Flags, and is top rated. With a victory on soft already under his belt, he’s impossible to ignore.

For those keen on a gamble, IRISH LEGEND also fits the bill, and makes appeal at a current price of around 20/1 for a yard who once again have hit form at this time of the year. He won his maiden on Heavy going so soft ground doesn’t look to be a concern, and given this Sea The Stars colt escaped too much of a penalty after his last win when all out to hold on in a blanket finish, any improvement here could well see him in the frame.