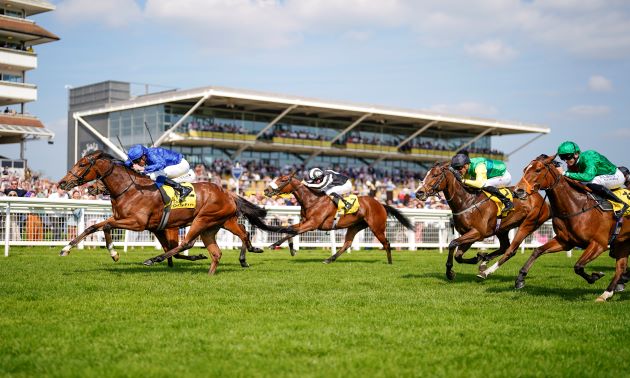 Every week, we’re using Timeform Race Passes to pick a Placepot for the headline card. Get our tips and best bets for Saturday at Newbury, including the (Group 1) Lockinge Stakes.

To make our Placepot selections – available below – we’ve used the Timeform ratings, Flags, Pace Map, Analyst Verdict and form archives – all of which you can access with Timeform Race Passes. Not a subscriber? Try it out with our Free Daily Race Pass, which is the feature race of the day, the (Group 1) Al Shaqab Lockinge Stakes, due off at 15:20.

A Listed sprint over 6 furlongs to get us underway on Lockinge Day, and the ratings are headed by the William Haggas-trained Tiber Flow. Winner of three of his four starts on the All-Weather, the son of Caravaggio sits 5lb clear of his rivals, with the Timeform small 'p' attached to his rating too. He should be firmly in the mix if able to transfer that form on to the turf, now stepped up in class, for a yard going well as of late.

He's got to prove he's as effective on turf, so with that in mind, the selection comes in the shape of HIERARCHY. He returned to action in the (Group 3) Commonwealth Cup Trial at Ascot last month, where he chased home the talented Go Bears Go to fill the runner-up spot, with the re-opposing Ehraz 1 3/4 lengths behind him that day. Hugo Palmer's sprinter should come on for that run, and he gets the nod from us in the hope he can land the spoils in the Newbury opener.

A competitive looking Group 3 with just 5 lb separating the entire field on the Timeform weight-adjusted ratings. Eshaada probably sets the standard on form after winning the Group 1 Fillies & Mares Stakes on Champions Day on her final start last year but she carries a penalty for that success and makes her reappearance here, so looks opposable. Ilaraab and Scope are other who carry penalties, so FOXES TALES is the one who makes most appeal after an encouraging comeback effort at Sandown last month.

He finished second there behind a potential Group 1 performer when he probably needed the run anyway, and this step up in trip could bring out further improvement in him. Crucially, he receives weight from most of his rivals and has winning form at the track, so everything looks in place for a big run.

This looks a tough one to crack, so we're going to side with two against the field in the hope of solving this tricky puzzle.

First up is one at a price in MARSOUL, who looked much improved on his winning season debut, overcoming the pace bias and battling well to run down a 1/3 favourite. That performance left the clear impression he can do better still in a race run more to his strengths, and with a very strong pace predicted at a track and trip where prominent racers are usually disadvantaged anyway, this could be it. Despite having 10lb or more to find on bare ratings, the ‘p’ signals that he shouldn’t be written off, and as our reporter’s comment for that last race reads, “he can progress again now up and running and looks the type to do well in handicaps”. It’s also worth noting that whilst trainer Richard Hannon runs three in this, Marsoul is the only entry of the day for the sponsors of the Group 1 feature, Al Shaqab, and it seems likely he’s been aimed at this fixture. 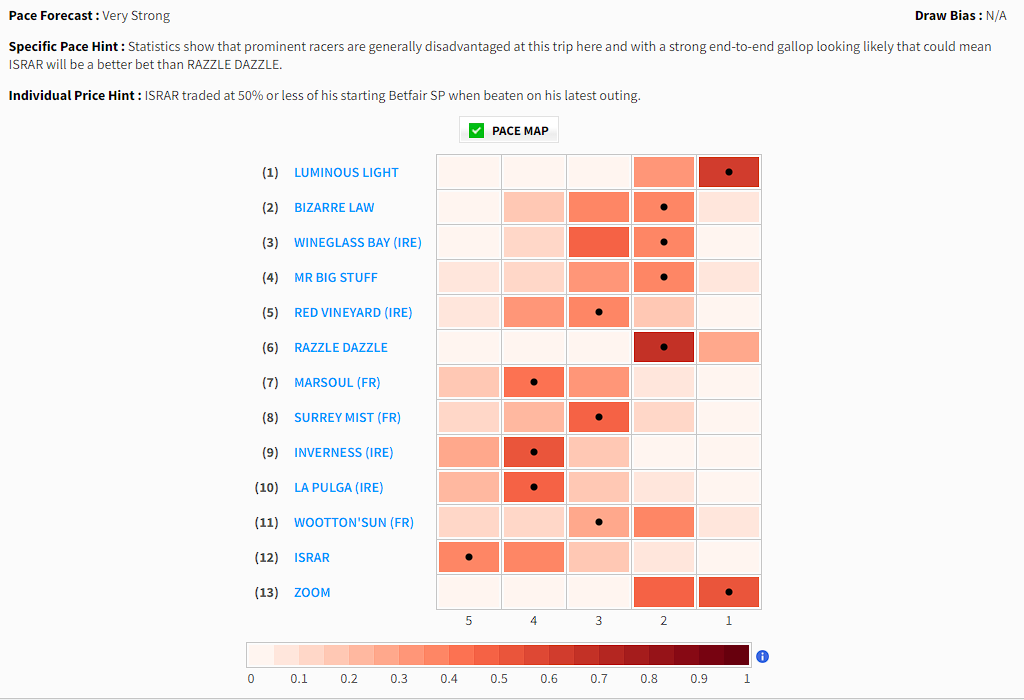 Our second play in the race is John & Thady Gosden's ISRAR. It's the same pace angle that we're approaching from with this selection, and the race could well be ruin to suit for the son of Muhaarar. He's got just 1lb to find with the Top-Rated Surrey Mist here, and hopefully he can pick his rivals off on the run-in. Interestingly, following his most recent start when third at Newmarket last month, the Timeform analyst noted that "there's better to come, very much one to be interested in for something similar." Hopefully today can be his day, granted a similar setup to operate with.

On to today's feature contest now, and it's time for the Lockinge Stakes. It’s great to see BAAEED back here and he looks impossible to oppose. He’s well clear on the Timeform ratings and the scary thing for his rivals is he could be even better this year having not raced as a two-year-old. He could realistically run 5 lb below his best and still win this.

There’s an appealing each-way look to this race though with Baaeed dominating the market and three places on offer, meaning there’s some attractive prices for some very talented horses in behind. At the prices, ALCOHOL FREE (14/1 at the time of writing) makes the most appeal. She disappointed on her comeback at Sandown but was very weak in the market that day so just probably needed the run, and that should have blown the cobwebs awa. She’s a three-time Group 1 winner who would be joint top-rated in this race without Baaeed and could be the one to chase the favourite home, and maybe even take advantage if he under performs. 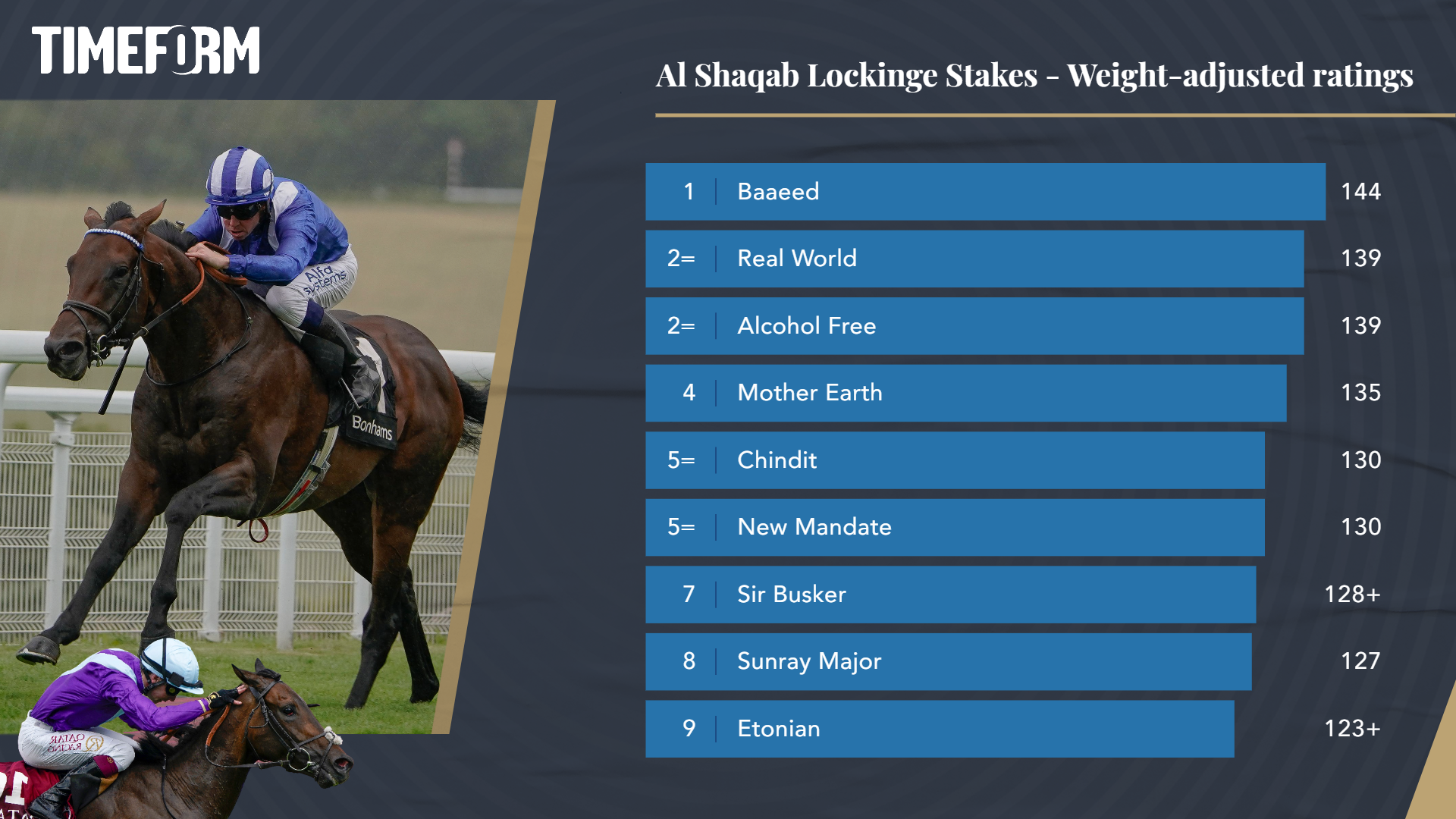 Another tricky one to find the answer to here, and none of the quartet can be discounted. We're going to side with Richard Hannon's Brocklesby winner PERSIAN FORCE to follow up his debut success at Doncaster 7 weeks ago. He flags as a 'Horse in Focus' and sets a good standard for his three rivals to aim at this afternoon, including his stable-mate Indian Renegadage, and hopefully he can put that winning experience to good use to make it two on the spin.

The only other runner in the field to have raced before, Holguin, also made a winning debut, though that effort leaves Andrew Balding's charge with 13lb to find with the selection when comparing those initial runs for the pair. Irish-raider/newcomer Sierra Blanca is likely to be raring to go at the first time, and it's particularly interesting to see that Aidan O'Brien has brought him to make his racecourse debut, in a race where the Ballydoyle has previously saddled the winner in 2018, and runner-up in 2019. With winning experience to his name already, it's Persian Force who gets our pick here.

No prizes for originality in the finale, though it's very difficult to look past the John & Thady Gosden-trained NASHWA, who looked a very exciting filly when scoring in good style at Haydock last time.

The three-year-old daughter of Frankel tops our ratings coming into this contest, and more significantly, has the Timeform large 'P' attached to her rating, which denotes that there could well be plenty more to come from her on just her third career start. She also flags as a 'Horse in Focus', as well as having the the 'Sectional Timing Flag' alongside her name, so she ranks as a confident selection on various aspects of the Timeform product, and she can take this on the way to bigger and better things.