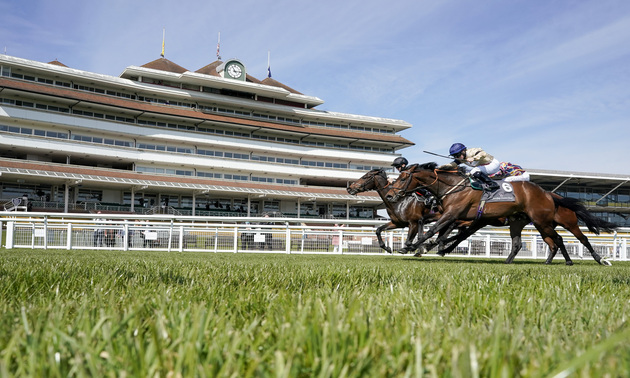 Every week, we’re using Timeform Race Passes to pick a Placepot for the headline card. Get our tips and best bets for Saturday at Newbury

To make our Placepot selections – available below – we’ve used the Timeform ratings, Flags, Pace Map, Analyst Verdict and form archives – all of which you can access with Timeform Race Passes. Not a subscriber? Try it out with our Free Daily Race Pass, which is the feature race of the day, the (Group 2) Hungerford Stakes at the Newbury, due off at 15:15.

Hopefully the eight runners stand their ground in the opener so we get the three places currently on offer. He finished last at Sandown last time, but FRANTANCK was well-backed on his handicap debut there so better was clearly expected. The form of his third at Newmarket the time before is working out well and this son of Frankel is bred to stay this trip. He should go well for the in-form William Haggas & Tom Marquand combination.

VICTORY DANCE sets a good standard here and should still have more to come after just two starts. He was an excellent second in the Group 2 Superlative Stakes last time so his claims are fairly obvious down at listed level. He's banker material.

Outbox looks likely to get an easy lead here and wouldn't be without a chance if bouncing back to his best, but he's been out of sorts on his last two starts so we can look past him. Away He Goes sets the form standard based on his Goodwood Cup form but he's usually held up which looks likely to be a disadvantage in a potentially slowly-run race.

The only three-year-old in the line-up, ZECHARIAH is the least exposed, particularly over staying trips, as is best judged on his good effort at Royal Ascot rather than at Newmarket last time where he was unsuited by the way race developed. He beat Westover here at Newbury as a two-year-old and in receipt of weight from all his rivals, a bold bid is expected under Tom Marquand.

We're going to keep two on side here in this tricky handicap. DANCE FEVER was unable to make any sort of impact at Royal Ascot but he was left poorly placed there and is back in much calmer waters now. He was a good third at Goodwood last time and is now back down to his last winning mark (93). The Clive Cox/Adam Kirby combination have won this race the last two years and could bring up the hattrick with Dance Fever.

At a bigger price, DOCUMENTING is lurking on a good mark. The nine-year-old has bounced right back to form lately and looked unlucky not to finish closer than fifth behind Fresh in a very competitive handicap at Ascot last time. He won off a mark of 107 a couple of years ago and races off 99 on Saturday, so is unquestionably handicapped to go close.

She goes up in trip and down in grade so DOUBLE OR BUBBLE looks a good bet to make the frame at the very least. A tough and consistent mare, she has taken her form up a notch this season, starting with a defeat of Garrus at Newmarket who advertised that form with a good third in a G1 in France last weekend and she's acquitted herself well at the highest level since, running a blinder in the July Cup last time when doing best of the runners who raced on the stands side. Back down to Group 2 company and back up to 7f, a bold bid is expected.

SUZY'S SHOES possesses much the best form on show and holds good claims if back on song after her break. Of the newcomers, Crafty Lady makes appeal on paper and is worth a market check.