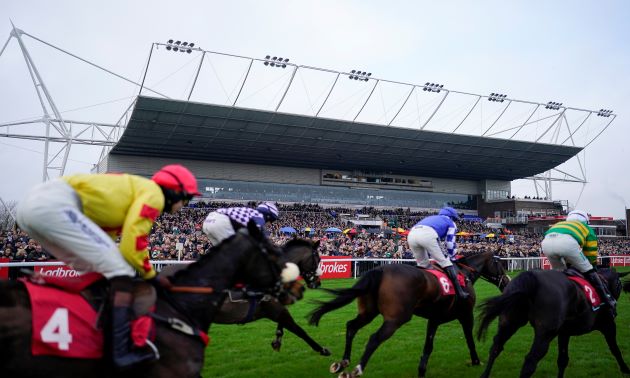 Every week, we’re using Timeform Race Passes to pick a Placepot for the headline card. Get our tips and best bets for Saturday's racing at Kempton.

To make our Placepot selections – available below – we’ve used the Timeform ratings, Flags, Pace Map, Analyst Verdict and form archives – all of which you can access with Timeform Race Passes. Not a subscriber? Try it out with our Free Daily Race Pass, which is the feature race of the day, the 15:00 Classic Handicap Chase at Warwick.

Of the five runners set to contest this, only two have had their first starts over hurdles, neither of whom have set the bar too high. With that in mind, a chance is taken on DIRHAM EMIRATI, who looks an interesting recruit for the in-form Gary Moore team. He was a fairly useful performer on the flat, and he can go close in the opener on his first start for his new connections.

'Horse in Focus' REE OKKA got off the mark over hurdles at the second time of asking when striking at Chepstow, whilst the form of his hurdling debut, in which he finished second, is starting to work out well, with the winner that day placing twice in Grade 2 company since, whilst the third and eighth placed horses have come out and won. Ree Okka sets the standard on our weight-adjusted ratings, and has the small 'p' attached to his rating, which denotes there could be further improvement to come, and we're hopeful that he can make it two wins from three starts, for a Harry Fry team who have a 19.67% strike-rate at Kempton over the past 5 seasons.

A field of seven set to battle this one out, and we're going to side CHAMPAGNE COURT to land the spoils. You have to look back to 2019 for his last victory over fences, but he showed he still retains plenty of ability when scoring on his latest start over hurdles last month.

A quick glance at the Timeform Pace Map suggests that we're likely to see a 'very weak' pace in this race, which should set the race up nicely for those on the front-end. With that in mind, Champagne Court looks sure to be well placed to make his effort, from a ratings perspective he has just 1lb to find with Kap Auteuil, and the Jeremy Scott yard have been going great guns as of late, with 7 winners from his last 24 runners. So plenty of boxes ticked there, and he's our selection for Leg 3.

The small field theme continues here, and with just four in this Grade 2 feature, finding the winner is a must. This happens to be another contest where there is a 'very weak' pace predicted, and with no obvious front-runner lining up amongst these, this looks like it may well become a tactical heat.

Rouge Vif made his yard debut for Paul Nicholls in the Shloer Chase when soundly beaten back in November, and he's still trying to rediscover his best form. The latter comment also applies to 7-time Grade 1 winner Defi Du Seuil, who is clearly capable of much better but posted another below par effort when last in action, and he'll certainly need to bounce back if he's to get back on the winning trail - with his Timeform report comments suggesting he's "best watched at present".

The one we're going to side with though is the Colin Tizzard-trained ELDORADO ALLEN, who has produced a couple of decent efforts this campaign already, and he gets our vote. He made a winning return to action at Exeter before putting in another good effort in the Peterborough Chase when cliaming third, and he ranks the most solid option in what looks a tricky contest. It's also worth noting the Timeform race report which followed his Exeter triumph, which reads "his potential to improve further lies primarily with returning to 2½m", and hopefully he will realise some of that promise now stepping up in trip here.

A typically competitive renewal of the Lanzarote, and a case can be made for plenty in this lineup. We're going to chance two against the field in this year's renewal in the hope of navigating through to the final leg of this week's Placepot.

The first of our selections comes in the shape of CH'TIBELLO, who represents the Dan Skelton team. He's had a couple of runs already this campaign so should be spot on from a fitness perspective, and has shown signs that he still retains plenty of his old ability. This year's renewal of the Lanzarote looks likely to be run at a very strong gallop, as is often the case, and if that proves to be, then the race may suit Ch'tibello's patient hold-up tactics. Talented 7lb claimer Tristan Durrell maintains the partnership on the 2019 County Hurdle winner, and hopefully he can pick up the pieces in the closing stages if they go too hard out in front.

Similarly, we're going to chance one at a bigger price who will also benefit from a pace collapse here. Step forward BOLD PLAN, who has almost always been ridden in midfield or further back, and is in fact one of very few runners about which such a comment can be made. It’s also a big part of the reason he carries a question mark for his rating – despite not running to form for two years, he has been left poorly positioned in at least two of his three races this season and did not have a hard race when never involved last time. However, as the report reads for that outing, he “will be well treated if/when he bounces back”. He’s around 25/1 at the time of writing and whilst market support or lack thereof may help establish his fitness come Saturday morning, and if he ever is to bounce back, this is the sort of contest in which it looks most likely to happen.

Regular readers may recall us putting up CARIBEAN BOY at Ascot before Christmas, on which occasion he made a rare jumping lapse at the first, costing the unfortunate Daryl Jacob his extended current spell out of the saddle. That recommendation was partly based on the fine record of Nicky Henderson at Ascot, who is similarly prolific in chases here at Kempton – as is replacement rider James Bowen, who appears to excel over fences here, placed in eight of his 12 such rides here over the last five seasons.

More importantly, to renew the case for the horse: despite being top-weight he runs off his lowest mark since his last handicap win nearly two years ago (1lb off top-rated), picking up a Grade 2 novice since, and Kempton’s flat track may be the perfect place to first conquer 3m (not counting his very brief previous effort) – as indeed it has been for so many before him including King George winner Tornado Flyer. After all, Caribbean Boy stayed on well over 2m 4f the last twice at Cheltenham and both those times he was probably caught too far back in big fields, which looks unlikely to be the case this weekend. The reapplication of headgear should count in his favour, too.