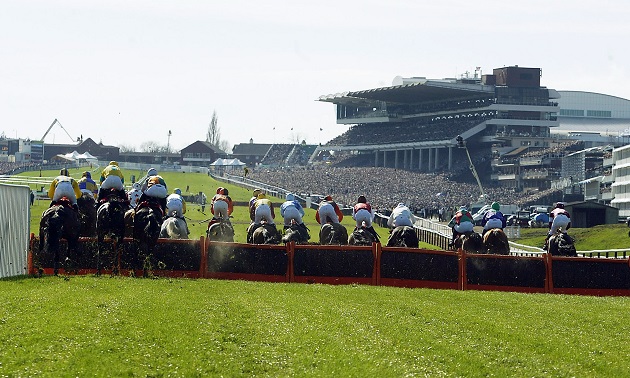 Every week, we’re using Timeform Race Passes to pick a Placepot for the headline card. Get our tips and best bets for Saturday's racing at Cheltenham.

To make our Placepot selections – available below – we’ve used the Timeform ratings, Flags, Pace Map, Analyst Verdict and form archives – all of which you can access with Timeform Race Passes. Not a subscriber? Try it out with our Free Daily Race Pass, which is the feature race of the day, the (Group 1) Vertem Futurity Trophy Stakes at Doncaster.

This opener lacks the strength in depth of some Cheltenham handicaps. SAMBA DANCER arrives firmly on the up for Fergal O'Brien, and with a good-value conditional taking off a valuable 3 lb in Liam Harrison, the hat-trick looks to be on.

With a field of 14 set to go to post here, we'll chance two against the field to navigate through leg 2 of Saturday's Placepot. One thing that stands out in this contest is that there looks to be a lot of pace on, with Storm Control, Minella Bobbo, Truckers Lodge just to name a few who are expected to go forward, with Cloth Cap thrown into the mix too. That could set things up perfectly for Irish raider DEFINITE PLAN who comes over for Gordon Elliott. He was useful over hurdles and has made a good start to his career over fences, finishing runner-up on all his three runs so far. The fitting of Cheekpieces looks a good move to help him concentrate after he put in a sketchy round of jumping last time and he’s interesting on his handicap debut.

Our second play in the race comes in the shape of Sean Curran's DOMAINE DES L'ISLE, who signed off his last campaign with back-to-back victories, including success at Cheltenham on his final run. Making his seasonl reappearance, he's another contender that should be suited by the way that the race looks likely to unfold, with the strong pace seeming sure to suit his hold-up tactics, and he should be seen to best effect on the run-in.

A small-field and one which STEPNEY CAUSEWAY may be able to dominate from the front. Dan Skelton’s inmate quickly developed into a useful juvenile last term and may not yet have reached the ceiling of his ability. He receives 7 lb from Tritonic and will be hard to peg back.

I Like To Move It is the sort to improve markedly after he overcame mistakes before drawing clear impressively on his debut over hurdles last time, and he merits respect too.

In contrast to race 2, this race looks to be lacking in pace with a ‘Very Weak’ pace forecast on the Timeform Pace Map.

With that in mind, VOIX DU REVE is worth chancing as he could just get the run of the race out in front. He’s a smart chaser at his best and ran well when third in a listed handicap chase at Ayr in April, but was below his best when unable to lead at Punchestown thereafter. He’s the only obvious front-runner here and will be a big threat if allowed to dominate.

Given his record at Cheltenham it's worth siding with TOBEFAIR here. He may not be quite the force of old as he approaches his 12th birthday but he is too well handicapped to ignore having won this race off a 14 lb higher mark in 2019 and he showed signs of life on his latest run, where our reporter noted, “possibly still needed this run and isn't one to write off now he's dropping chunks in the weights, especially bearing in mind how many solid efforts he has racked up at Cheltenham over the years”.

Does He Know made a winning start to his life over fences at Chepstow last time out but his jumping technique left a bit to be desired, and he looks vulnerable under a penalty.

OSCAR ELITE had a cracking novice hurdling season last year, ending with a third in the Sefton at Aintree. He's very much the type to improve over fences for the Tizzards and he can make use of the 8 lb he gets from his more experienced rivals.