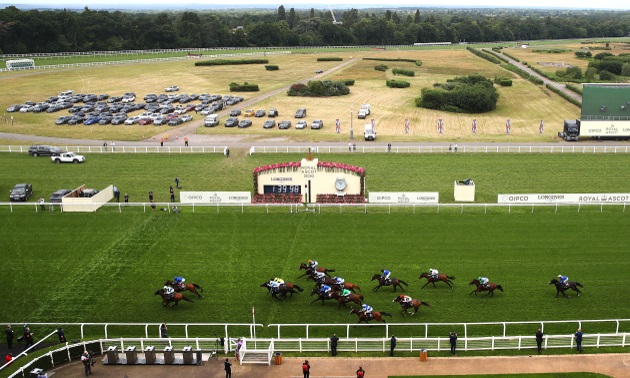 Every week, we’re using Timeform Race Passes to pick a Placepot for the headline card. Get our tips for Day One of Royal Ascot 2021 on Tuesday.

To make our Placepot selections – available below – we’ve used the Timeform ratings, Flags, Pace Map, Analyst Verdict and form archives – all of which you can access with Timeform Race Passes. Not a subscriber? Try it out with our Free Daily Race Pass, which is the (Group 1) St James's Palace Stakes at Royal Ascot, due off at 15:40.

11lb ahead of the rest on Timeform ratings, Palace Pier is the best older-horse miler seen since Frankel and it makes little sense to oppose him in the Placepot.

However, having such a lopsided market means there’s plenty of interest for readers more interested in each-way value (and an absolute decimation of players should the favourite fail to give his running) and LOPE Y FERNANDEZ makes some appeal at around 14/1. He has often under-performed but almost all those occasions coincided with ground softer than good, and the ‘Horse For Course +’ Flag shows the track as well as the going is likely to be far more in his favour this Tuesday.

Note also that the 11-runner field is almost entirely without a natural pacemaker, and given his apparent no-show in the Lockinge, last year’s Royal Hunt Cup third Pogo is an enormous price, clearly deemed well short of this standard – and that may well be the case, for win purposes at least. However, a look at the replay and reporter’s comments for the Lockinge indicates that he was heavily disadvantaged being up with the pace that day, and if allowed things his own way in front, could conceivably find the 5lb differential he would need to make the frame according to Timeform ratings, for an in-form Charles Hills.

A tricky puzzle to solve up next, as is often the case, and we've a bunch of promising two-year-olds to scout through in the Coventry Stakes.

We'll play two in this race, with ANGEL BLEU being the first. Ralph Beckett's charge improved for the step up to 6 furlongs when relishing the extra test of stamina at Pontefract, and he doesn't have a great deal to find on Timeform ratings coming into this. Looking at how the race is shaping up according to the Pace Map, there doesn't look to be a whole lot of pace on, and the likely prominent ride Angel Bleu will get should give him a nice position to strike from. Open to further progress, we're hopeful he can run into a place at the minimum.

Another contender whom we're drawn towards is the Andrew Balding-trained BERKSHIRE SHADOW. Not seen since winning on debut at Newbury back in April, he got the better of Gisburn that day despite getting away very slowly, and is almost triple the price of Richard Hannon's charge at the time of writing. It has to be said that Gisburn was an impressive winner back at that course on his next start where he won by 6 1/2 lengths, but we're happy to stick with Andrew Balding's runner, who looks like he'll improve for this extra furlong for his in-form trainer.

No doubt a banker for many on the opening day of Royal Ascot, the brilliant Battaash makes his eagerly-awaited seasonal reappearance here, as he bids to retain his King's Stand crown and take his tally of Group 1 triumphs to five. He has a perfect record when fresh, sits clear on the Timeform ratings and will take plenty of stopping, though he's now a seven-year-old and we're happy to chance a couple against Charlie Hill's star sprinter.

The first of our two selections comes in the shape of the progressive WINTER POWER. Tim Easterby's three-year-old filly has won each of her last three starts, landing a Listed prize at York in very impressive style last month, form which received a recent boost with the runner-up that day coming out to win the Scurry Stakes on Saturday. Winter Power receives 10lb from Battaash here, leaving her with just 4lb to find on on our weight-adjusted ratings, and she is certainly heading in the right direction. It would be no surprise to see her throw down a serious challenge for a first Group 1 success, with her connections bullish about her chances, too.

We're hoping it proves to be a big day for the Andrew Balding team, as we also like the chances of KING'S LYNN in this contest. Narrowly denied on his first two starts this season, he got back to winning ways when upped in grade in the (Listed) Achilles Stakes at Haydock towards the end of last month, and he looks like he could kick on with that under his belt. With the prospect of further improvement looking likely, and with Champion Jockey Oisin Murphy back in the saddle again, we would be delighted but unsurprised to see him sneak into a place.

A cracking clash of the three-year-old colts with a healthy mix of Guineas horses facing a few who have plotted different paths. Mostahdaf and Highland Avenue filled the first two spots in the Heron Stakes at Sandown last time, the race won by Without Parole before he took this prize in 2018, and Highland Avenue is expected to reverse the placings with a handy pull in the weights. He should go close for dual Derby-winning trainer Charlie Appleby.

However, we’re going to stick with the Guineas form for our selection, a race in which CHINDIT was a real eyecatcher. He looked unbalanced in the dip and found himself further back than ideal and on the wrong side of the track, but came home well once meeting the rising ground. He should be much better suited by this track where he won at as a juvenile. One concern here would be the potential lack of pace, which would not suit his usual hold up style, but his trainer Richard Hannon said in a recent stable tour on Sporting Life, “It’s a round mile at Ascot and we will ride him a little handier”, which looks a wise move. He can close the gap on his Newmarket conquerors back on a flatter track.

It’ll be no mean feat getting something placed in this, though it is at least the sole contest of today’s first six for which four places are on offer. Four-time winner of this, Willie Mullins’ three entries must be respected, Rayapour top-rated and M C Muldoon current favourite. However, the Mullins tag is sure to attract support despite it being hard enough choosing between his entries, so we’ll look elsewhere.

The Pace Map suggests the perennial ‘Hot Trainer’ partnership of Gosden and son could be onto something here with GOLDEN RULES, given the horse is one of just two likely front-runners. When it comes to taking the initiative and dictating the pace, Frankie Dettori has few peers, and given his exemplary record at this track, his presence in the saddle for the first time has to be seen as a big positive – especially with a useful horse called out early on for his potential to improve as a four-year-old, but so far seems yet to have given his best.

Coming back to the pace angle: it is usually best to lean towards those held up at this course and distance, and should multiple jockeys attempt to steal a march on an ostensibly slow-starting field, one who looks sure to benefit would be JUST HUBERT. A strong stayer, it was no surprise to see him closest at the finish when third on his return. Things didn’t go his way in the Cesarewitch but William Muir and Chris Grassick have started their official partnership with aplomb, and he could be yet another from their yard going underestimated, already rated second-best-off at the weights.

A wide-open renewal of the Wolferton to finish with, and we're going to take a speculative effort with FELIX to get us over the line in the final race of day one's Placepot. Since joining Marco Botti's yard from Sir Michael Stoute, the son of Lope De Vega has shown a great level of improvement, winning four of his starts on the all-weather, all before running a career best last time out when beaten just 4 lengths by Lord North in the (Group 1) Dubai Turf at Meydan. He goes well fresh and has just 1lb to find on our ratings, so a bold bid is expected here in much calmer waters.