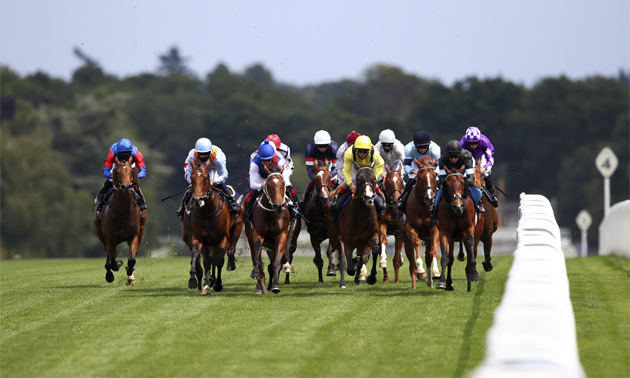 Every week, we’re using Timeform Race Passes to pick a Placepot for the headline card. Get our tips for King George VI And Queen Elizabeth Qipco Stakes Day at Ascot.

To make our Placepot selections – available below – we’ve used the Timeform ratings, Flags, Pace Map, Analyst Verdict and form archives – all of which you can access with Timeform Race Passes. Not a subscriber? Try it out with our Free Daily Race Pass, which is the feature race of the day, the (Group 1) King George VI And Queen Elizabeth QIPCO Stakes at Ascot, due off at 15:35.

An interesting Listed event to kick us off, and we like the chances of ANGEL BLEU in here, as Ralph Beckett's charge looks to get back on the winning trail. The son of Dark Angel finished down the field when pitched into Group 2 company at the Royal meeting last month, racing keenly that day before his effort faded late on. If he's able to settle better he should be in the mix now in much calmer waters, having just 1lb to find on our weight-adjusted ratings, and the booking of Frankie Dettori for the ride is an obvious positive, so we'll side with him to get us up and running for the afternoon.

DESERT DREAMER sets the standard coming into this, sitting 8lb clear of her nearest rival, and she looks the way to go in this contest. Stuart Williams's consistent filly made the perfect start to her career, winning her first two races before posting a mid-field effort when dropped back in trip in the Queen Mary. She's finished second on both of her starts since that however, most notably when runner-up back in a Group 2 contest at Newmarket last time back over 6 furlongs, and a repeat of that effort should see her prove tough to beat here. The red-hot Oisin Murphy maintains the partnership, with the Champion Jockey banging winners in for fun as of late, and we're confident of a bold effort.

Fantastic Fox has some strong form over a mile and is a big player dropping back to that trip after doing too much too soon over further at Royal Ascot, but he hasn’t been missed in the market (3/1 fav at time of writing) and we’re going to take him on here with GURU, for the Gosden’s and the bang in form Oisin Murphy.

The selection also boasts some strong novice from, mainly his defeat of Maximal who has since finished fourth in the Group 1 St James’s Palace Stakes, and although he lost his way a bit subsequently, he got back on track last time with the combination of being gelded and first-time blinkers having a positive effect. He stayed on well for second there in a slowly run race where the winner was able to dictate. He has the breeding and scope to be much better than a mark of 90.

It's no surprise that RAISING SAND carries the Horse For Course + Flag, and in fact he rarely races anywhere else these days. However, now racing off 3lb lower than for his last win (in this race two years ago), he looked back in form when first in his group in the Buckingham Palace Stakes here last month, racing on the unfavourable far side. He's nonetheless had a further 2lb taken off for that performance which leaves him 2lb off the top of our adjusted ratings, even without the 5lb claim of regular rider, Saffie Osborne.

Another who carries the Horse For Course + Flag is Raising Sand's neighbour in stall 13, ROPEY GUEST. He too was unfavoured by the draw in the aforementioned race – for the third time running at Ascot – when finishing behind Raising Sand, left with far too much to do from midfield in any case. He only has one previous win to his name, that one in a novice stakes, so whilst his rating isn't great he has clearly been hard to assess, those past three performances all judged to be value for extra (+ sign by race rating) by our race reporters. The predicted pace should be more to his advantage than last time, his yard look to be hitting a great patch of form, and he could go close at a big price.

The weather will play a pivotal part here, and if Ascot miss the forecast thunder storms then Love is going to be very hard to beat on ground described as good or firmer, but if they do get significant rainfall then connections may well decide to pull her out as they did when Longchamp received a deluge ahead of the Arc.

With that in mind, we’re going to side with the globetrotting MISHRIFF, who just about has the best form on offer in this line-up with his Saudi and Meydan heroics putting him 1lb clear of this field on the Timeform ratings. He disappointed a bit in the Eclipse last time but it’s possible he just needed the run after a three-month break as he travelled like the winner for a long way there before getting tired up the hill. We expect he’ll be held up in last for most of the race here with Long Eagle and Broome setting an even tempo out in front, and if he’s come on for his Sandown run as expected, Mishriff has all the tools to play a big role in the King George.

CAMELOT TALES looked a useful prospect when readily accounting for his elders at Ayr last time despite missing the break, passing the bulk of the field in the final 100 yards in impressive style. He's looked a bit quirky but is probably just growing up now and looks one to follow for the rest of the season.