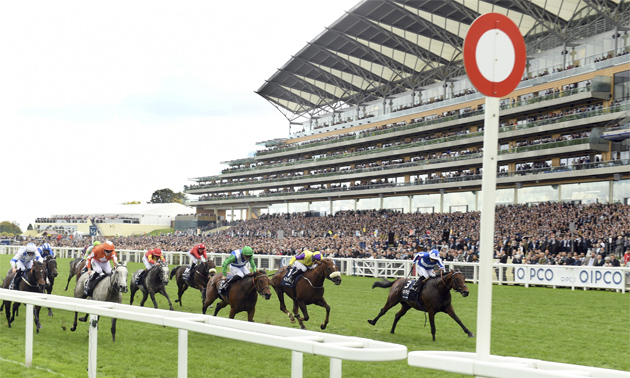 Every week, we’re using Timeform Race Passes to pick a Placepot for the headline card. Get our tips and best bets for Champions Day at Ascot.

To make our Placepot selections – available below – we’ve used the Timeform ratings, Flags, Pace Map, Analyst Verdict and form archives – all of which you can access with Timeform Race Passes. Not a subscriber? Try it out with our Free Daily Race Pass, which is the feature race of the day, the (Group 1) Champion Stakes at Ascot, due off at 15:50.

Champions Day will also be the final Tote World Pool event of 2021.

So far this year there has been over £340m in World Pool turnover, averaging £21.5m per day. The biggest World Pool market of the year came at York on the Group 1 Coolmore Wootton Bassett Nunthorpe Stakes with just under £4 million in the pool. The winner Winter Power paid out at 14.46 on Tote+ compared to an SP of 9/1.

With just a two-week turnaround since the stamina-sapping Prix du Cadran and good to soft ground that is quicker than ideal for Trueshan, it looks worth having a go at the short-priced favourite.

Straidivarius had an even tougher race in France and has been beaten in this race three times before, so we’re going to look past him too and BARON SAMEDI looks worth a play for Joseph O’Brien.

He’s improved significantly for stepping up in trip this season, winning the Vintage Crop on his return before landing a Grade 2 over two miles at Belmont Park.
He was outpaced over 1m4f in the Grand Prix de Saint-Cloud but ran a cracker in third in the Irish Leger on his first run for 10 months last time, staying on powerfully in the final furlong as if the return to 2m will see him in an even better light, and that will have put him spot on for this.

Probably the most appealing race from a betting perspective of the five Group races on the card with a full field of 20 declared and no stand out Group 1 performer in the line-up. Art Power looked better than ever when winning a Group 3 at the Curragh last time and Dragon Symbol has been crying out for this step back up to 6f, but it’s course specialist ROHAAN who we like of the more fancied runners.

He has won both his starts over this C&D and was a huge eyecatcher over 5f at the Curragh last time, completely missing the break before storming home to finish fifth, with our reporter noting, “he'll be of more interest than most for the Sprint on Champions Day, having won both his starts over Ascot's 6f and is versatile with regards ground”. His draw in 15 looks a good one with the likes of Art Power (20), Happy Power (19) and Highland Princess (18) all likely to be forcing the pace, so he should have a good target to aim at as he comes home strongly up the Ascot hill.

One at a bigger price worth a mention is Irish raider GUSTAVUS WESTON. The way he gave plenty of weight away and a sound beating to some good rivals at the Curragh in August marked him out as a very smart sprinter and he’s another who looks well drawn in stall 16 with plenty of pace around him. He goes well with cut in the ground and will appreciate this return to six furlongs.

Snowfall is unquestionably the one to beat here. She is 8 lb clear of the field on the Timeform ratings and although she hasn’t quite scaled the same heights that saw her complete the English/Irish Oaks double lately, she was far from disgraced in the Arc and a repeat of that would surely be enough here. With three places on offer (at the time of writing) however, we’re going to look for one to chase her home.

Three-year-olds have won the last four renewals of this race and Roger Varian’s Ribblesdale runner-up ESHAADA looks worth another chance after disappointing behind Snowfall in the Yorkshire Oaks last time. She was unlucky not to win at Royal Ascot, where our reporter noted, “shaping like the best filly in the race by a little way but having to come from too far back to get to the well-positioned winner”, and the winner that day, Loving Dream, has since won a Group 1 in France, so the form looks strong. She won her first two races on soft ground so should have no problem with the going and she can hopefully give the favourite something to think about.

Potentially the race of the day, with established top-notcher Palace Pier taking on the up-and-coming Baaeed. Of the two big guns, PALACE PIER is fancied to confirm his status as the best miler around and he has a score to settle with his only defeat to date coming in this race last year. He has 7 lb in hand of the field on the Timeform ratings and is drawn right next to the likely pace setter in Benbatl.

Another cracker of a race. MISHRIFF found Adayar too strong when the pair met in the King George at this course back in July, but there must be a good chance the tables will be turned over this shorter trip. There isn't much between the pair judged on their peak efforts but Mishriff seems to have had the better preparation, arriving here on the back of an emphatic victory at York, whereas Adayar comes here less than two weeks after a stamina sapping Arc run.

It’s hard to believe that neither Mishriff nor Adayar will be finishing placed, so we wouldn’t put you off that particular perm if Placepot progress is your main concern, but for jackpot hunters and each-way players, MAC SWINEY looks ideally suited to this race, should the rain arrive well in time for the off, the comment for his Juddmonte Stakes performance speculating that “a Champion Stakes on typical Ascot autumn ground [would be] perhaps the optimum race for him in the latter part of the campaign”.

As we’ve mentioned many times, the effect of early race position is often exaggerated in races on a straight course – the more so the further the distance. It’s striking looking at this Pace Map just how many horses in the higher-drawn half of the field are likely to go forward early, and just how many in the lower-drawn half are more likely to be ridden patiently.

Looking at stalls 12 to 23 (11 to 20 once shuffled over to account for the now withdrawn reserves) we’re left with two other than the aforementioned favourite looking most likely to be towards the rear of the group. Potential Champion Jockey, William Buick is booked to ride Matthew Flinders, which may be a reason why the horse looks reasonably well fancied, little to recommend him on current form and looking up against it, the going another concern. DASHING ROGER meanwhile could be underestimated, as whilst there’s no doubt he’ll need another leap forward to win this, is a horse on the up, his latest comment for a win over course and distance declaring that “he's right at the top of his game and should remain competitive”. He can take one of the four places on offer here at a big price if ridden more patiently than his neighbours, and any rain would likely be a bonus.

As can be observed from the replays of previous renewals, it’s highly likely the field will split into two distinct groups so, conversely, it may well be that it pays to be ridden more prominently from the low draws. Again we will take a departure from conventional thinking to select another at a big current price with work to do on ratings. However, by Timeform’s standard, every 1lb represents just half a length difference at this distance, so it’s not hard to see the importance of race position. RHOSCOLYN has been plying his trade at Listed and Group 3 level of late and has had clear excuses on his last few appearances, and his previous 2nd in a big field over this distance and going description makes for much more encouraging reading, thought “clearly capable of winning a similar race should connections decide to stick to handicaps, likely to have given the winner a little more to think about had he got a gap sooner, though that one was best at the weights in any case”.