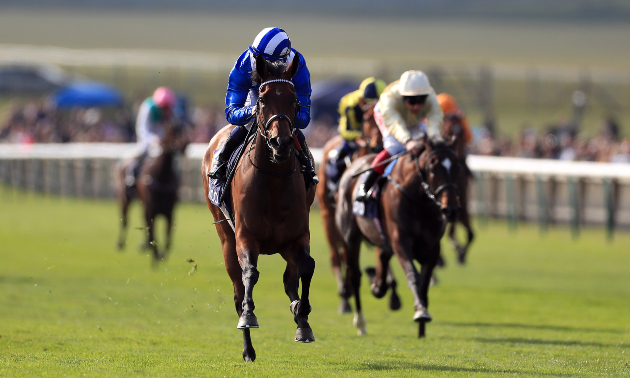 The Carnarvon Stakes looks a competitive listed event for three-year-old sprinters over six furlongs, and REPARTEE can make a winning reappearance. A runaway winner on debut at York last year, he was also a good third in the Gimcrack at the same course before posting his best effort when beaten half a length in a valuable sales race at Doncaster. A leggy colt, he could well have improved over the winter and better his two-year-old form this season.

His main danger looks to be Dark Lady, trained by Richard Hannon, who beat subsequent Cheveley Park winner Millisle in a Group 3 at Salisbury last year before finishing seventh to her former rival at Newmarket. Only 3 lbs separate the pair on Timeform ratings, though Repartee gets the percentage call.

The Kevin Ryan yard have been in red-hot form since racing resumed, including two winners at Royal Ascot last week, and some from the Hannon yard have just been needing their reappearance.

Another competitive event for three-year-olds, this time a handicap over one mile, and a step up in trip should suit JEAN BAPTISTE. A lengthy type, he showed much improved form on his seasonal/handicap debut after eight months off over seven furlongs at Newcastle last time, Though he still gave the impression that there is plenty more to come, catching the eye with his finishing effort and suggesting that a step up in trip would eke out further progress.

Likely favourite Surf Dancer was also making eye catching progress on his seasonal debut last time when snatched up near the finish. However, he may have already showed his hand to the handicapper, having to concede 11 lb to Jean Baptiste here. Another likely danger is the unbeaten Dance Fever, though he has not run since November and will need to be at full fitness to take this.

With a Timeform rating of 95p and running from a BHA handicap mark of 86, Jean Baptiste is a confident selection to progress as expected.

DESERT ICON shaped encouragingly on his seasonal reappearance and hopefully, he can win the 3:55.

On his first run for nine months, he typically travelled well, though was short of room over 2f out and not knocked about afterwards, eventually finishing fourth of eight. He boasts some strong form from last season, including when headed close home by Good Birthday at Beverley on his penultimate start, and the application of first-time cheekpieces here will only assist further in the finish.

William Haggas also runs Dal Horrisgle but his best form is over further and he’s not been seen since last August and Elwazir has something to prove following his poor performance when possibly amiss last time. Therefore, Desert Icon seems to have found an easier opportunity than of late to gain win number three.