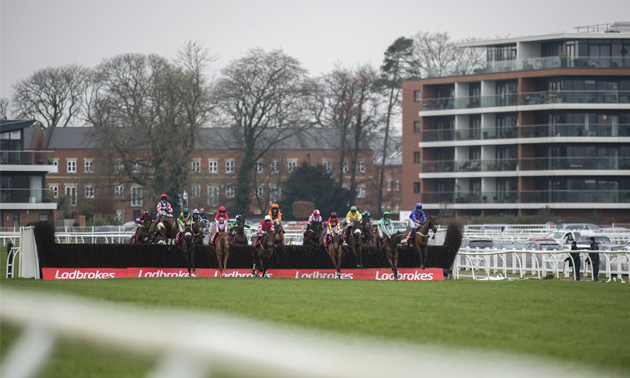 Newbury’s showpiece event has traditionally been the preserve of up-and-coming second-season chasers but this year’s renewal is relatively thin of such runners, which means the typically competitive betting heat features largely exposed sorts for a change. As a result, it may best to search for each-way value among well-handicapped ones trading at double-figure odds, with SECRET INVESTOR very much fitting the bill.

The fact that Topofthegame was the yard’s intended runner until injury intervened possibly explains why Secret Investor has been rather ignored by punters so far (he was available at 25/1 last weekend!), but there is plenty of evidence to suggest Paul Nicholls has identified a very able deputy with him. A breathing operation in the summer reaped immediate dividends when Secret Investor won in good style at Chepstow last month, a performance that was both visually impressive and had substance too (both placed horses have franked the form since), whilst the fact he was able to mix things with Native River (who was conceding just 3 lb) for such a long way over these fences when runner-up in last season’s Denman Chase suggests a BHA mark of 159 is nothing to fear.

Underfoot conditions seem ideal for this strong-travelling sort and, all in all, a bold bid is expected at current odds of around 11/1.

WHATMORE is without a win since his chasing debut, but it could pay to retain the faith in Henry Daly’s consistent stayer. For a start, he’s looked very much at home since graduating into valuable handicap company and shaped like the best horse at the weights for much of the way (trading as low as 1.21 in-running on Betfair) when runner-up to Ascot specialist Regal Encore on his reappearance late last month.

The fact he pulled over thirteen lengths clear of the ultra-reliable Black Corton that day suggests a 4 lb rise in the weights could still underestimate him, particularly as the switch to a left-handed track may be in his favour (tended to hang left on occasions at Ascot).

Indeed, the fact he meets likely favourite Pym on 17 lb better terms than when finishing a head behind him at Huntingdon last autumn is further proof that Whatmore has plenty going for him from a handicapping viewpoint and he looks the way to go at current odds of around 9/2.

Venetia Williams has her team in rude health at present and the progressive IBLEO should be able to provide the yard a decent Saturday prize in Newbury’s closing race.

The French-bred gelding’s record over fences currently stands at two wins and two seconds from just four starts, but it’s not stretching things to suggest that tally should be four from four! He looked all over the winner on his recent reappearance at Ascot only to get nabbed on the line by a race-fit rival in Amoola Gold (who has run well again since) and the chances are there is still further improvement to come from Ibleo, who looks a good bet at 11/4 in a race which isn't particularly strong for the money.